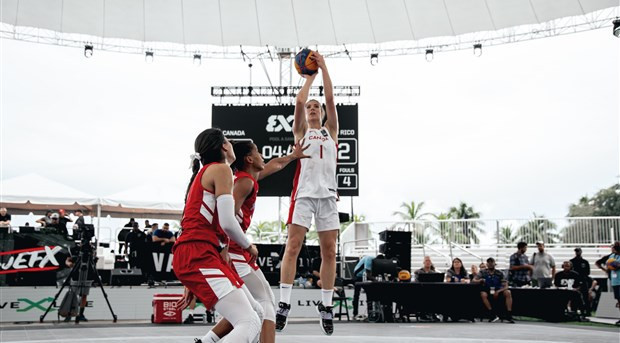 Top seeds United States and Canada topped their pools at the FIBA 3x3AmeriCup, on the first day of action at the inaugural tournament in Miami, which saw qualifiers Jamaica reach the knockout stages.

In men's Pool A, favourites and top seeds the United States overcame Mexico 22-12 and Uruguay 22-14 to seal a quarter-final spot.

They will be joined in the last eight by Mexico who defeated Uruguay 22-10 in the other match in the pool.

In Pool C, third seeds Brazil beat Chile 22-12 and Jamaica 20-15 to book a place in the quarter-finals as pool winners.

Guatemala also secured a place in the main draw today after beating Trinidad and Tobago 21-14.

Guatemala will be in action in men's Pool D tomorrow, alongside fourth seeds Dominican Republic and fifth seeds Puerto Rico.

In the women's draw at Bayfront Park, top seeds Canada comfortably earned a quarter-final place after convincing wins 19-7 against Puerto Rico and 22-3 against Uruguay to top Group A.

They are joined in the last eight by Puerto Rico after they beat Uruguay 20-12.

Mexico joined them in the quarter-finals after beating Guyana 17-11 in the pool's other match.

Earlier in women's qualifying, Guyana beat Guatemala 20-16 to secure their places in the main draw, while Guatemala also qualified for the main draw after overcoming Jamaica 19-13.

Guatemala will be in action in women's Pool D tomorrow alongside fourth seeds Brazil and fifth seeds Dominican Republic.