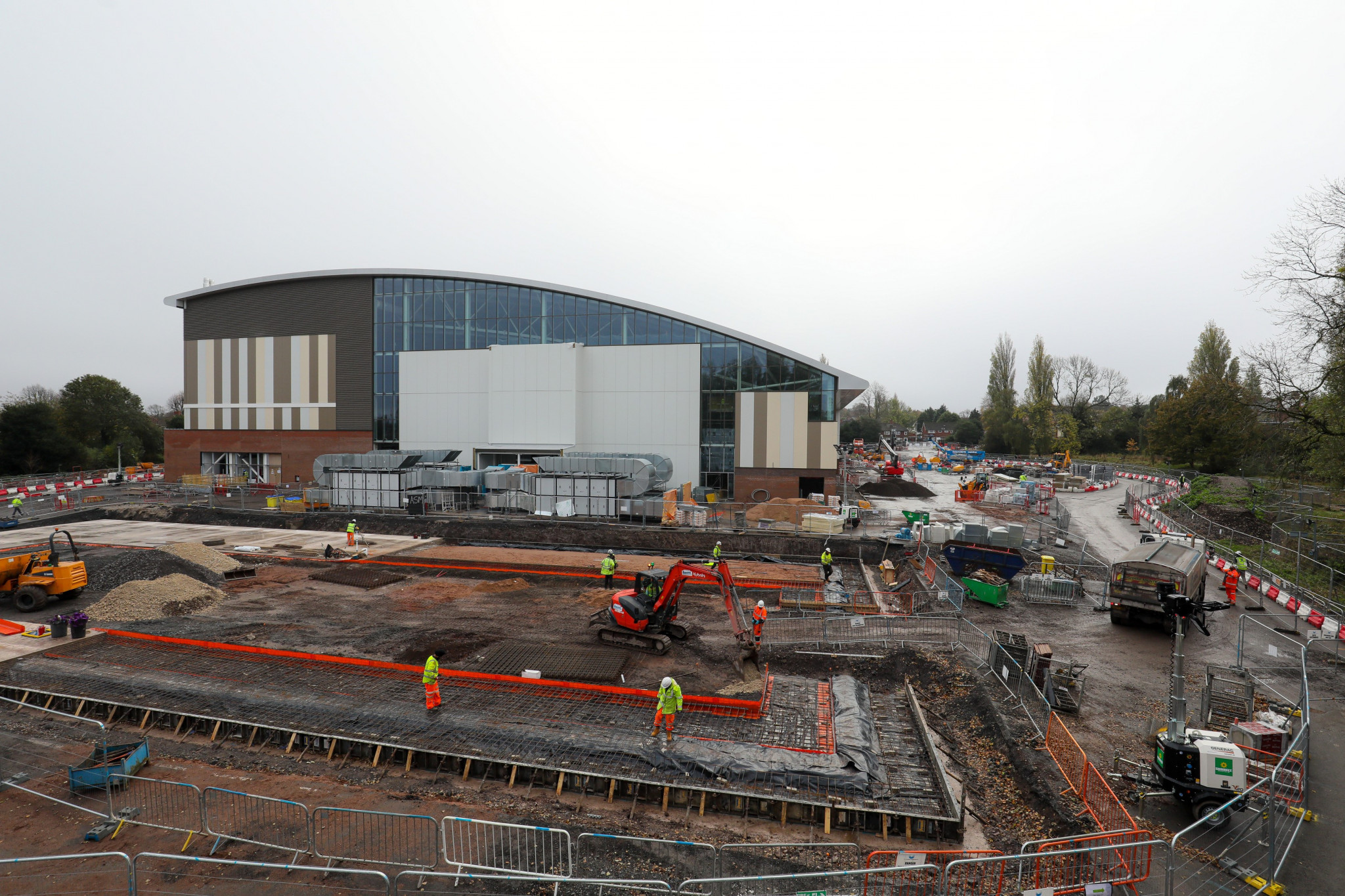 Birmingham 2022 organisers are impressed with the progress made at the Sandwell Aquatics Centre after a recent visit to the venue.

The centre - which is the only new venue at next summer's Commonwealth Games and is due to host 11 days of swimming, diving and Para swimming - remains on budget and schedule.

Organisers visited the site yesterday, with the completed tiling on the competition and diving pools, the moveable floor, the steps to the 10 metres dive tower and the foundations of the temporary warm-up pool all unveiled.

Birmingham 2022 chief executive Ian Reid said: "It is wonderful to see the latest developments at the Sandwell Aquatics Centre.

"With the tiles laid in all of the pools, the moveable floor complete and the dive tower steps in place, you can really now get a sense of what an impressive competition venue it will be.

"With aquatics as one of our most popular sports in our recent ticket ballots, with thousands of people securing tickets to come and watch the swimmers, Para swimmers and divers compete here next summer, I know the atmosphere in this venue is going to be absolutely electric."

Work will now continue on installing permanent seating, filling the pools for the first time and adding the springboards.

Nearly 200,000 tiles will be used across the centre, with approximately 5,000 seats in place for the Games and 1,000 permanent seats thereafter.

The Sandwell Aquatics Centre is also set to be a key feature of the Birmingham 2022 legacy, with the facility opened to the general public after the Games.

Glasgow 2014 diving silver medallist and Swim England's development officer for the West Midlands region Sarah Barrow said: "The progress that has been made on the centre is phenomenal, it will be an incredible venue for the Commonwealth Games and I know the swimmers and divers will be excited that they get to compete in the only brand new venue that will be used at Birmingham 2022.

"However, this facility is about so much more than those eleven days of sport next summer, as the Sandwell Aquatics Centre will be a crucial hub for diving in this region and I can’t wait to see young divers from across the West Midlands using these fantastic facilities."

Minister for Sport and Tourism, Nigel Huddleston, who laid the pool's first tile in June, said he looks forward to seeing the centre provide Birmingham and the West Midlands with "world-class facilities and training opportunities to help nurture the next generation of diving champions."

Sandwell councillor Danny Millard said the visit was "incredibly exciting", adding: "The construction work has come on leaps and bounds since it began, and you can now begin to visualise how the venue will look when completed.

"At Sandwell, we are incredibly excited and proud to be hosting the swimming and diving events for the Birmingham 2022 Commonwealth Games.

"The centre will be used by local people after the Games and will serve the community and wider region for decades to come."

The Birmingham 2022 Commonwealth Games are due to take place from July 28 to August 8, with competition at the Sandwell Aquatics Centre scheduled for all 11 days of the Games.