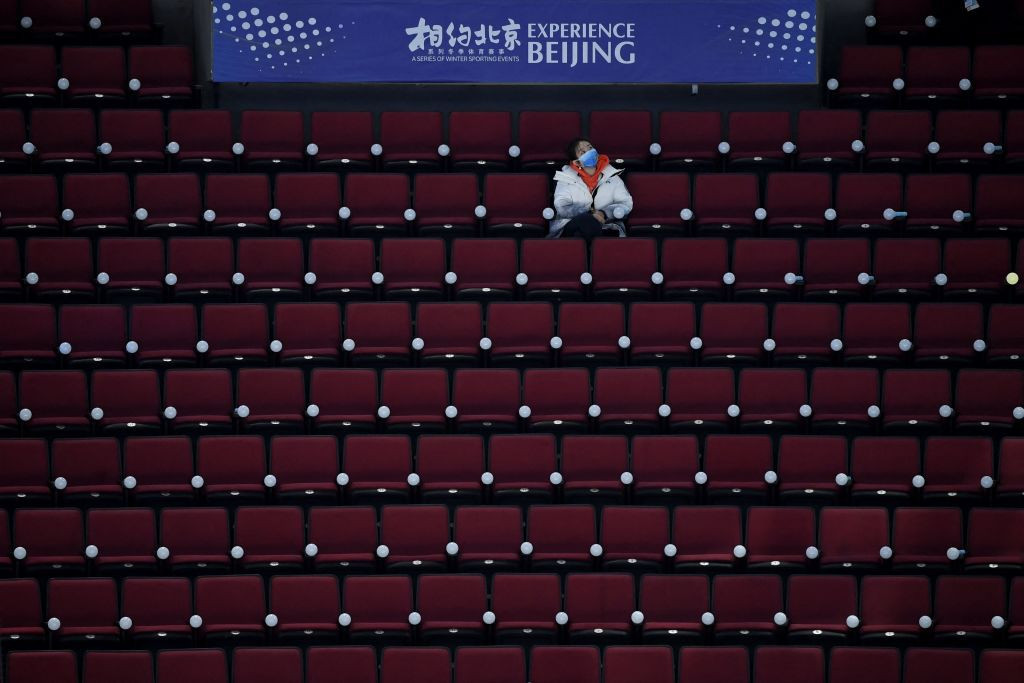 International Olympic Committee (IOC) Coordination Commission chairman Juan Antonio Samaranch has claimed it is too early to make a final decision on venue capacities at Beijing 2022 due to the COVID-19 pandemic.

The IOC and organisers of the Winter Olympics and Paralympics have confirmed tickets will only be sold to residents in China, but exact details of the process, and the number that will be made available, have not yet been set in stone.

Samaranch conceded the IOC would have liked to have resolved the ticketing situation for the Games "weeks ago", but added that was not possible because of the continued uncertainty caused by the pandemic.

The IOC has publicly indicated its desire to see fans in the stands at Beijing 2022 after spectators were banned from almost every venue at the Tokyo 2020 Olympics.

"We should have by now - weeks ago - resolved the ticketing situation," Samaranch said.

"But we have all learned together the hard way how difficult it is to make plans in a COVID world.

"We are hoping that the capacity of the venues can be resolved and then that will trigger the ticketing situation, but we need to wait and give as much time as possible for our Chinese counterparts to make the right decision.

"We would not like to make a final decision now on smaller capacity because there are some COVID cases in China and have the stadiums half-empty, and we would also not like to go the other way."

China's borders have largely been shut in response to the pandemic and a number of high-profile international events - including Beijing 2022 test events and World Championships - have been cancelled as a result.

The IOC has said it will only accredit people with essential roles for the Games, as was the case at Tokyo 2020.

Christophe Dubi, the IOC's executive director for the Olympic Games, said the organisation was still expecting around 20,000 to attend the event in the Chinese capital.

All participants at Beijing 2022 will only be able to travel to approved venues and facilities inside the "closed-loop" management system set to be in place at the Games.

They must quarantine for 21 days unless they are fully vaccinated.

The Beijing 2022 Winter Olympics are scheduled to open on February 4 - less than 90 days from now - and conclude on February 20.