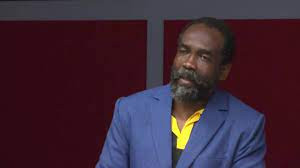 Alfred Emmanuel's bid to be elected the new President of the Saint Lucia Olympic Committee (SLOC) has been backed by the country's former pole vaulter Dominic Johnson.

Emmanuel, the current secretary general of the SLOC, is battling Saint Lucia Aquatic Federation President Eddie Hazell for the job with the election planned for November 16.

He will welcome the support from Johnson who appeared at four Summer Olympic Games between Atlanta 1996 and Beijing 2008.

"Mr Emmanuel is obviously very experienced and I've always known him to be an excellent administrator," Johnson, winner of three gold medals at the Central American and Caribbean Championships, told The Voice.

"Even when I was an athlete, in speaking to some of the other regional associations, they always commented that Alfred was always the first to turn in the required information.

"So I think he's fairly well organised and obviously well-established within the Olympic Movement.

"I've always had a positive experience with him."

Fortuna Belrose, the current President of the SLOC, has said that she will not stand for the position again.

Emmanuel has held his secretary general role for 25 years.

He has become known internationally as an outspoken voice at Association of National Olympic Committees (ANOC) General Assemblies.

At this year's edition in Crete this month, he called on ANOC to address its leadership situation with Sheikh Ahmad Al-Fahad Al-Sabah.

Sheikh Ahmad stepped down as President in 2018 after being charged with forgery, and has since been sentenced to 14 months in jail by a Swiss court.

Fiji's Robin Mitchell has been Acting President since 2018 and has announced he will stand for the job permanently next year, while Sheikh Ahmad is appealing his sentence.

At the 2017 ANOC General Assembly in Prague, Emmanuel probed the decision to loan bail money to vice-president Patrick Hickey, who was arrested at Rio 2016 amid ticketing allegations.

His interjections are rare examples of questions on controversial issues at ANOC General Assemblies.

Saint Lucia is hosting the Caribbean Association of National Olympic Committees General Assembly on Saturday and Sunday (November 6 and 7).