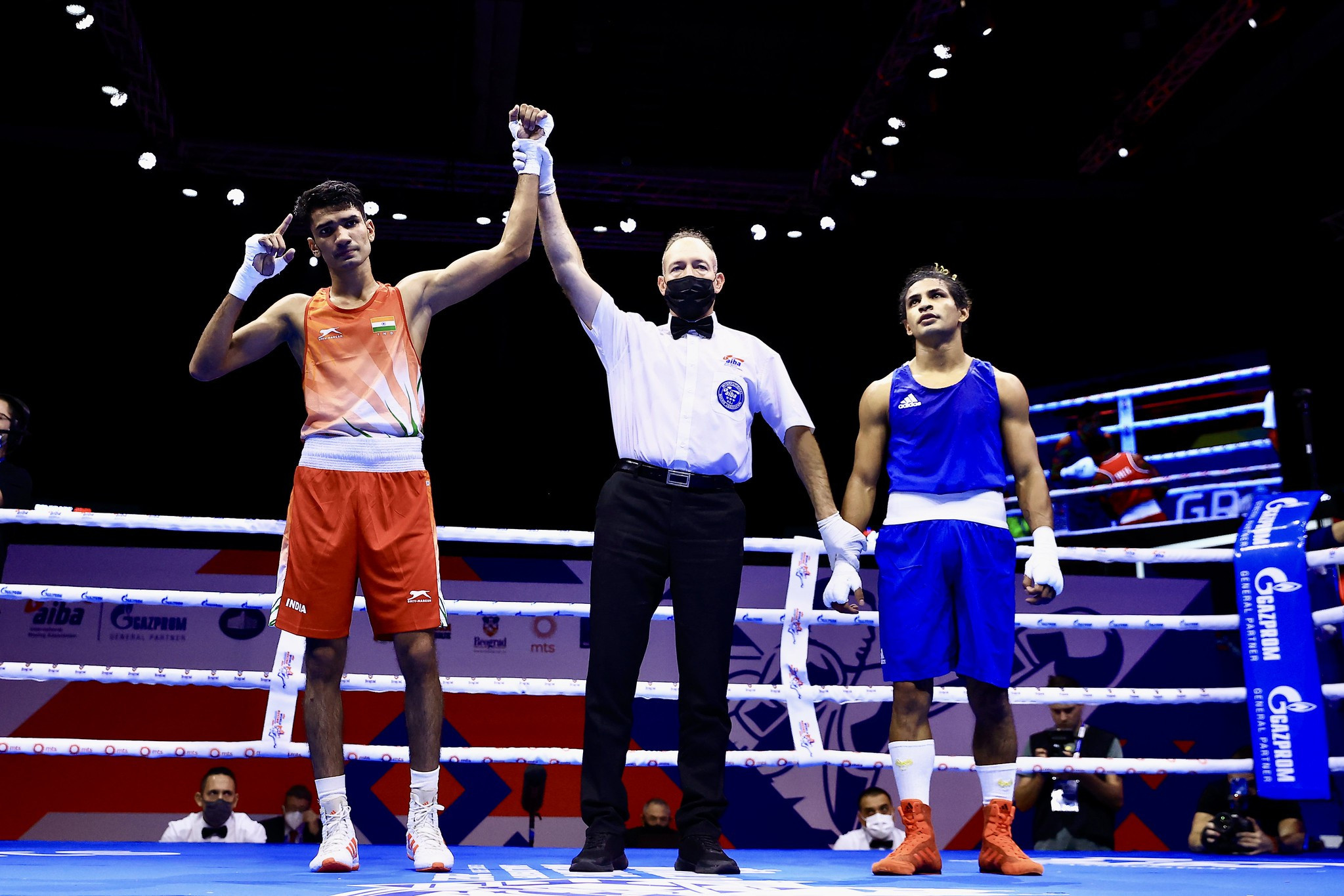 The International Boxing Association (AIBA) Men's World Boxing Championships got underway this evening at the Štark Arena in Belgrade, with preliminary bouts in the under-57 kilogram and under-67kg categories.

Fighters were vying for a spot in the round of 32 in both categories, with boxers coming from 105 member states plus AIBA's version of a refugee team, called the Fair Chance Team (FCT).

FCT's first boxer to compete at the World Championships was Malikzadah Hasibullah, but he lost his opening under-57kg bout against Bulgaria's Javier Ibanez Diaz.

In the under-67kg category, Moldovan Dmitri Galagot defeated another FCT athlete, Sultan Mohammad Naeemi, to make it through to the last 32.

In the first bout of the night on Mat B, Turkey's Nurettin Ovat defeated Spanish boxer Antonio Barrul Fernandez, followed by a convincing victory for Rohit Mor of India against Jean Caicedo of Ecuador.

Kazakhstan's Serik Temirzhanov shocked the Asian champion Enkh-Amar Kharkhuu of Mongolia, who looked stunned by the judges' decision, and Cuban Osvel Caballero Garcia turned the pressure up to storm to victory against Azerbaijan's Umid Rustamov.

The most impressive performance in the weight category came from Mexican Miguel Vera Barreras, who defeated Germany's Umar Bajwa by referee's stoppage.

Both Colombia's Yilmar Gonzalez Landazuri and Luiz do Nascimento Chalot of Brazil were comfortable winners in their bouts against Giorgos Stavrou of Cyprus and Sing Yu Tso of Hong Kong.

In the under-67kg, Uzbekistan's Asadkhuja Muydinkhujaev controlled one of the most anticipated bouts of the day, beating Ireland's Eugene McKeever.

Two-time world bronze medallist Ablaikhan Zhussupov of Kazakhstan is through too, ensuring no upsets in his match with Chinese Taipei's Lin Yu.

Chinzorig Baatarsukh of Mongolia fought hard to beat Guatemalan Carlos Daniel Tobar Romero for a place in the round of 32, while Akash made it a second Indian win today by beating Turkish boxer Adem Furkan Avci.

Armenian Gurgen Madoyan is also through after beating Aljaz Sircelj of Slovenia.

Wanderson de Oliveira won the final bout on Mat B for Brazil by referee's stoppage against TBF's Atichai Phoemsap, while on the other side of the stage, Mexico's Marco Hernandez Alvidrez defeated Milan Fodor of Hungary in the last fight of the night.