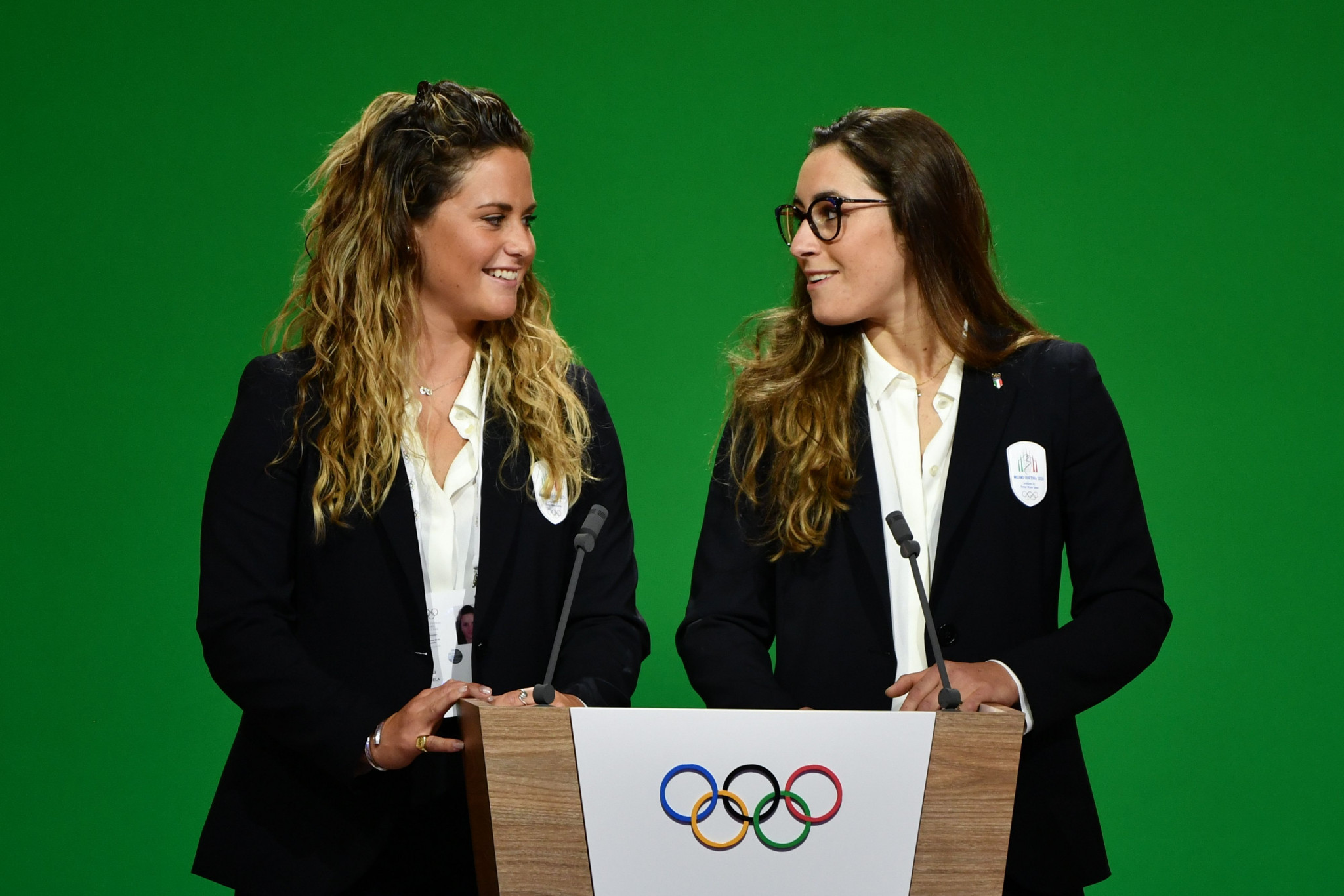 Pyeongchang 2018 gold medallists Sofia Goggia and Michela Moioli have been chosen to carry the Italian flag at the Opening and Closing Ceremonies of the Beijing 2022 Winter Olympic Games.

Goggia won women's downhill gold at Pyeongchang 2018, becoming the first-ever skier from the nation to win an Olympic title in the Alpine skiing discipline.

The 28-year-old is a two-time winner of the downhill crystal globe - awarded to the best performer on the Alpine Ski World Cup circuit.

Goggia won last season's downhill crystal globe after winning four races before a knee injury disrupted her season and ruled her out of a home World Championships at Cortina d'Ampezzo.

Goggia said she was "deeply honored" to have been asked to carry the Italian flag at the Beijing 2022 Opening Ceremony.

At the Closing Ceremony, Moioli will have that honour.

Being asked to carry the flag is "a great symbol for me, for my discipline which is finally beginning to be known", Moioli said.

As of Tokyo 2020, countries can have two flagbearers during the Parade of Nations - one woman and one man.

The CONI has not indicated an intention to choose male flagbearers at a later date, although did employ dual flagbearers during the Tokyo 2020 Opening Ceremony.

Beijing 2022 is set to be Moioli's third Olympics and Goggia's second.

Italy is the next Winter Olympic host nation after China, with Milan and Cortina d'Ampezzo scheduled to stage the Games in 2026.