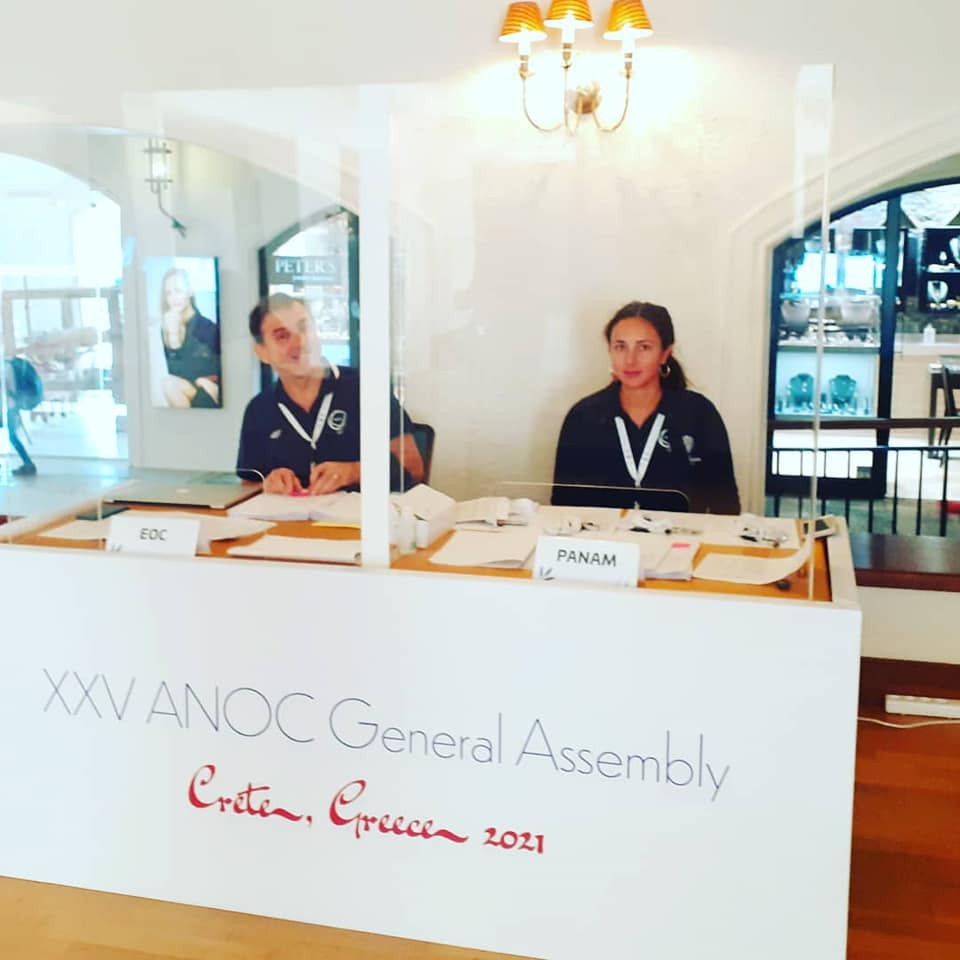 This will be the biggest gathering of National Olympic Committees (NOCs) since the 2019 edition of the ANOC General Assembly in Doha.

Last year’s event in Seoul was cancelled because of COVID-19 and was rescheduled for 2021 in the South Korean capital.

But in July, strict quarantine requirements forced a change to Greece.

It is the first time that Greece has held the ANOC General Assembly since 2004 when it was staged in Athens.

The capital was initially chosen to host this event before it was moved to the Mediterranean island of Crete.

It will ensure that Greece remains at the centre of attention for the Olympic Movement having earlier this week staged the Flame Lighting Ceremony and handover for the 2022 Winter Olympic Games in Beijing.

"When we were asked by ANOC whether we could help, we offered to provide a solution," Capralos told insidethegames.

"Greece is always there when we can to provide solutions because we felt the need again for many of the people in the ANOC world - 205 National Olympic Committees to meet each other."

It is expected that 155 NOCs will travel here to this beach resort to take part in the General Assembly in person with the remaining joining online.

"Of course, not everybody will be able to come to Greece, but I think it will provide the possibility for many people to be together again and, hopefully, while following strict health control conditions, we will be able to exchange information about the Tokyo Olympic Games and talk about the future," Capralos said.

An ANOC Executive Council meeting is due to start proceedings tomorrow before the General Assembly begins on Sunday (October 24) with an in-person address from the International Olympic Committee President Thomas Bach.

Key items on the agenda include update on the bid process for the ANOC World Beach Games.

The event made a successful debut in Qatar in 2019 and was due to be held for a second time this year before the coronavirus pandemic forced a change of plan.

ANOC is expected to announce bidders for the 2023 and 2025 World Beach Games, with Hong Kong expected to be among the candidates.

Other items due to be discussed include a presentation of the ANOC strategic plan, as well as reports from the ANOC Commissions and Organising Committees of the Olympic Games.

A host city for next year’s ANOC General Assembly is also set to be chosen, a meeting with added significance as there is due to be an election to choose a President.

Fiji’s Robin Mitchell has been Acting President since 2018 after Sheikh Ahmad Al-Fahad Al-Sabah - who had led ANOC since 2012 - was charged in Switzerland with forgery together with three lawyers and an advisor after being accused of making false videos to damage members of the Kuwaiti Government.

In August he was found guilty of the offence at a court in Geneva and sentenced to 14 months in prison.

Sheikh Ahmad denies the charges and is appealing against the sentence.

"It is wonderful to see so many representatives from the NOC family, as well as the wider Olympic Movement, in-person here in Crete," Mitchell said.

"The excellent attendance is a sign of how much NOCs appreciate seeing each other face to face.

"After two years without a General Assembly, these next few days are really important.

"They will give us all the chance to share our experiences of the past two years and discuss what’s in store in years ahead, as we adapt to a post-COVID-19 world.

"I would like to express my thanks to the Government of Greece and the Hellenic Olympic Committee for the warm hospitality and valuable support in preparing for this week."

As well as the General Assembly, the ANOC Awards are due to be held on Sunday evening and will recognise the outstanding performances from Tokyo 2020.