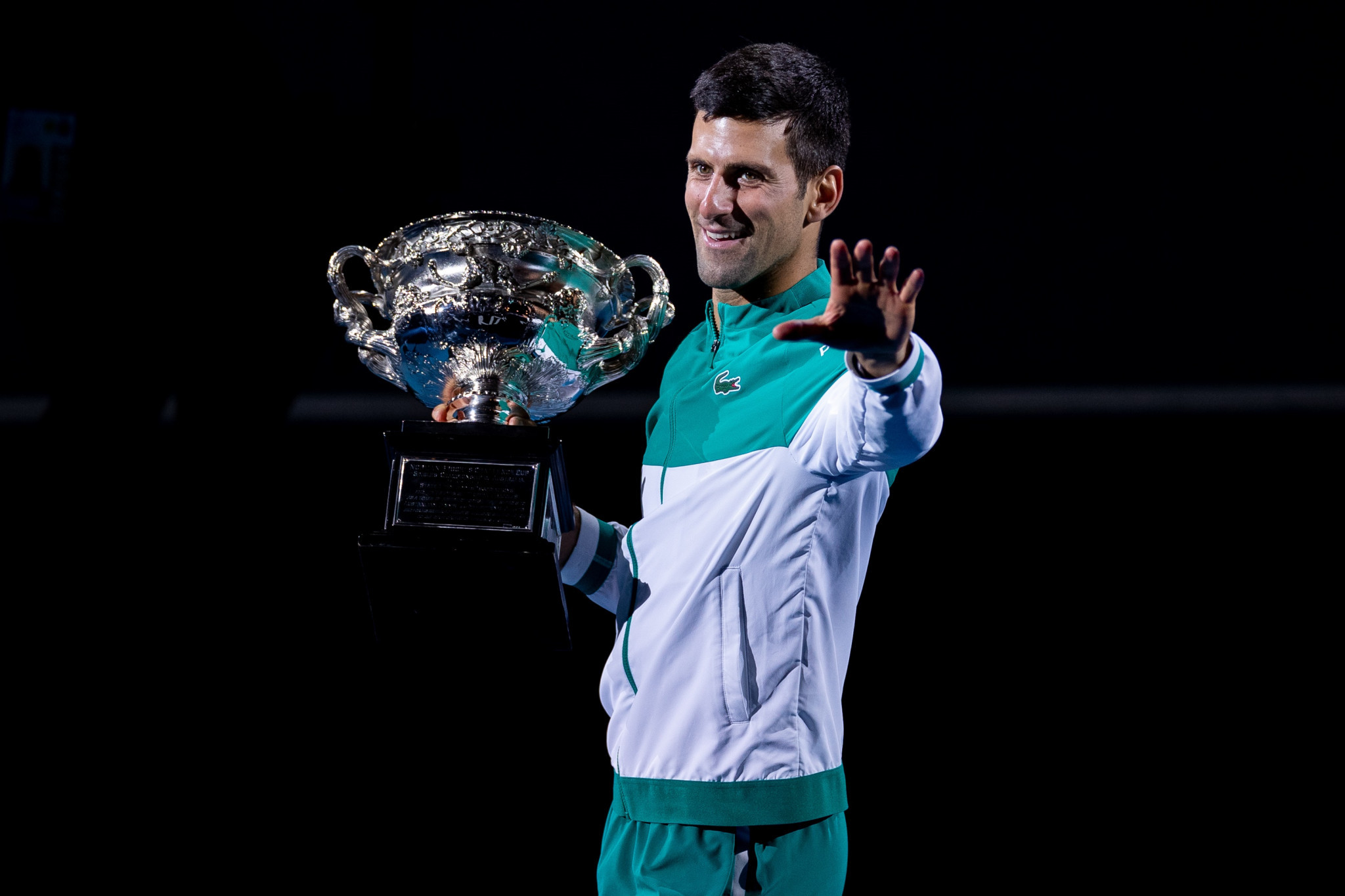 World number one and 20-time Grand Slam champion Novak Djokovic has cast doubt over whether he will defend his men’s singles title at the Australian Open after refusing to reveal his vaccination status.

The Serbian has won the event for a record nine times - including the last three editions - but his participation at the first tennis Grand Slam of 2022 looks uncertain due to Victoria’s vaccine mandate for professional athletes.

It has yet to be confirmed whether the ruling will apply to the Australian Open, but Victoria Premier Daniel Andrews has suggested that it is unlikely players will be allowed to compete in Melbourne unless they have been fully vaccinated against coronavirus.

The move could result in Djokovic, who is opposed to mandatory COVID-19 vaccines, pulling out of the event.

"Things beings as they are, I still don't know if I will go to Melbourne," Djokovic told Serbian newspaper Blic.

"I will not reveal my status, whether I have been vaccinated or not.

"It is a private matter and an inappropriate inquiry.

"People go too far these days in taking the liberty to ask questions and judge a person.

Djokovic is looking to hold the standalone all-time record for the most men’s singles Grand Slam titles as he is currently tied with Switzerland’s Roger Federer and Spain’s Rafael Nadal on 20.

"Of course I want to go, Australia is my most successful Grand Slam tournament," said Djokovic.

"I want to compete, I love this sport and I am still motivated.

"I am following the situation regarding the Australian Open and I understand the final decision [on COVID-19-related restrictions] will be made in two weeks.

"My manager, who is in contact with the Australian tennis federation, tells me they are trying to improve the conditions for everyone, both for those who have been vaccinated and those who have not."

He later said he planned to get inoculated this year after being criticised by the Greek Government over his reluctance.

Russia’s Andrey Rublev has also previously expressed concerns over the COVID-19 vaccine but has now revealed that he hopes to get vaccinated in time for the Australian Open.

The 23-year-old world number six cited the prospect of facing strict quarantine restrictions as the reason for his decision.

"If you don't take a vaccine, just sit in the room for two weeks and that's it," said Rublev.

"In my case, I'll be vaccinated.

"And who doesn't want to, I think, will miss the tournament."

Rublev’s change in stance also comes after Andrews said players who are not fully vaccinated could be denied entry into Australia.

"I don’t think an unvaccinated tennis player is going to get a visa to come into this country," said Andrews.

"If they did get a visa, they’d probably have to quarantine for a couple of weeks when no other players will have to.

"AFL [Australian Football League] players have to be vaccinated, but they’re Aussies, they’re not coming from other countries.

"I don’t think any other tennis player, or golfer, or Formula One driver, will even get a visa to get here.

"Professional sport is part of that authorised worker list and they have to be double dose vaccinated."

This year’s Australian Open was postponed by three weeks with players having to undergo a 14-day hotel quarantine period upon arrival.

It was also partly staged behind closed doors due to a State-wide lockdown being imposed in Victoria.

Next year’s Australian Open is scheduled to be held from January 17 to 30.