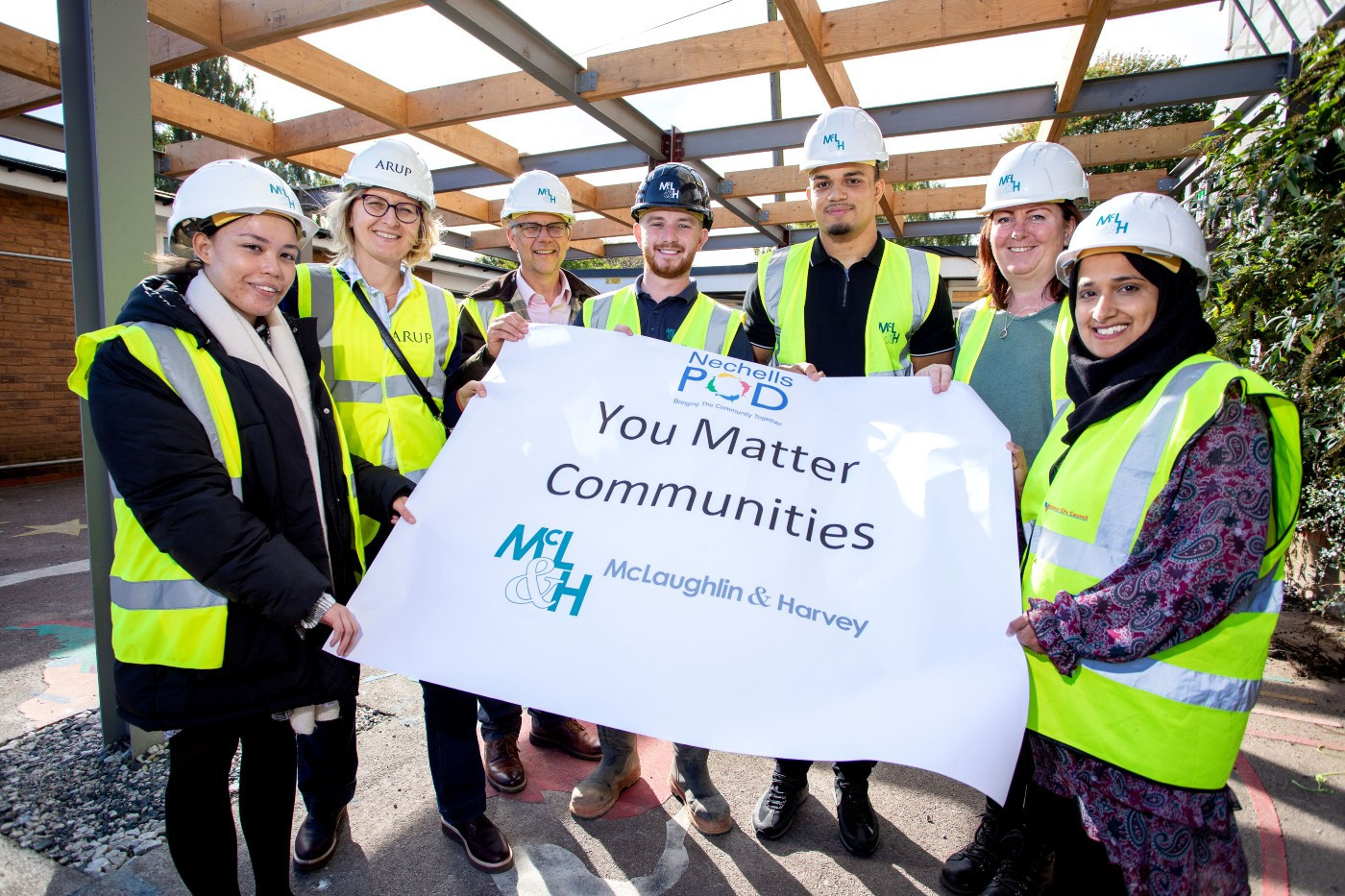 A further 10 community groups are to benefit from the Alexander Stadium redevelopment scheme as they were each confirmed as winners of grants of up to £1,000 ($1,375/€1,200) to support their work as part of the You Matter Communities Community Fund.

The initiative was launched by McLaughlin and Harvey, Birmingham City Council's lead contractor for the £72.4 million ($99.4 million/€85.6 million) renovation of the main venue for the Birmingham 2022 Commonwealth Games.

It is targeted at community organisations that have faced "disproportionate challenges" as they seek to recover from the COVID-19 pandemic.

Of the 10 latest winners, four are based in Perry Barr, the area in which Alexander Stadium is based.

The other six are based elsewhere in Birmingham - two in Handsworth and one in Tile Cross, Sheldon, Aston and Bordesley Green respectively.

Projects were selected based on McLaughlin and Harvey's social value policies and social responsibility provisions under Birmingham City Council's Partners in Communities measures.

One of the winners, Perry Barr-based Birchfield Big Local, is seeking to develop The Secret Garden community garden and will use the grant in part to add a shelter or gazebo to provide protection and collect rainwater.

Its community development worker Andrew Simmons believes the £1,000 grant will prove invaluable to the organisation.

"Birchfield Big Local is delighted to have been awarded a grant from the You Matter Community Fund," Simmons said.

"It will enable us to add a shelter to the Secret Garden - a community garden and outdoor play space - providing a covered space for arts and crafts activities.

"Parents visiting the garden for recent play sessions have commented on the difference that getting out of the house and interacting with other families outdoors has made to their children’s physical and mental health, especially post-COVID.

"This grant will help us enrich that experience even more."

The leader of Birmingham City Council, Cllr Ian Ward, said the funding forms part of leaving a legacy in the local community as part of Birmingham 2022.

"From the outset, we’ve been clear the redevelopment of the Alexander Stadium needs to be about much more than the delivery of a world-class sporting and community facility," he said.

"Through the council’s spending power on this project, we have secured in McLaughlin & Harvey a construction partner that understands what it means to be a good neighbour in the community - not just in Perry Barr, but Birmingham as a whole.

"The You Matter Communities scheme is making a positive difference for many organisations in the city and securing a deeper legacy for the new stadium than just the facilities or events that it stages in future."

McLaughlin and Harvey's operations director for the Alexander Stadium Martin Keys echoed those remarks, stating: "We are delighted to offer our support to more local community projects in Birmingham through the third and final round You Matter Communities.

"It has been a huge success and has allowed us to leave a lasting legacy from the redevelopment of Alexander Stadium."

Birmingham City Council is contributing £27.4 million ($37.6 million/€32.4 million) to the renovation of the venue, which will see its capacity increase from 12,700 to approximately 30,000 for the Commonwealth Games and around 18,000 afterwards.

The West Midlands Combined Authority is providing £25 million ($34 million/€29 million) towards the redevelopment of the venue, with a further £20 million ($27 million/€23 million) coming from Greater Birmingham and Solihull Local Enterprise Partnership.

Birmingham 2022 director of sport Matt Kidson revealed to insidethegames last month the Alexander Stadium redevelopment is on track to be finished by spring 2022.

Next year's Commonwealth Games are set to run from July 28 to August 8.