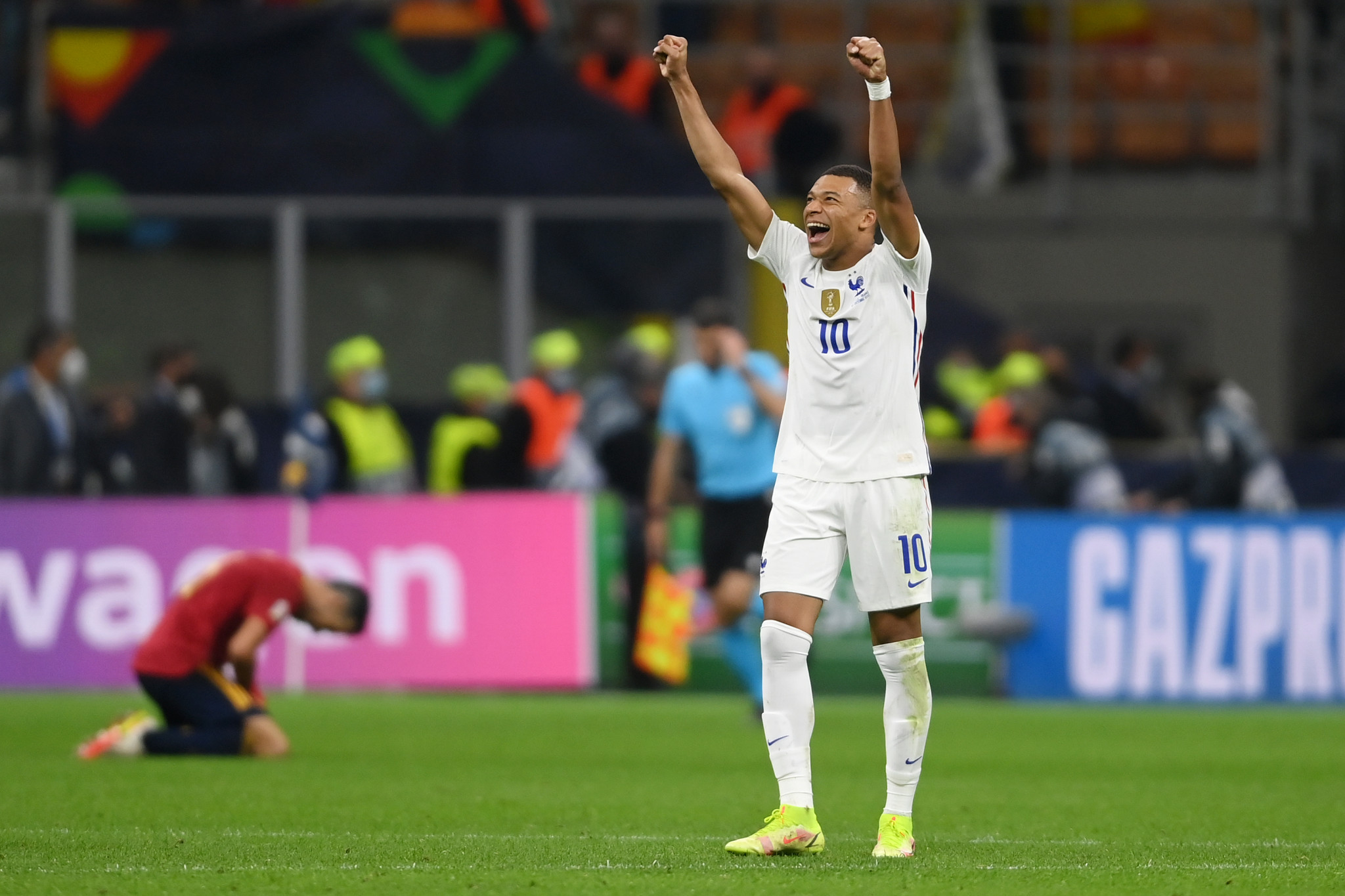 France came from behind in the semi-finals and final to win the UEFA National League, this time overcoming Spain after a dramatic second half.

It took until the 64th minute for the game to break into life.

After an underwhelming first hour, Mikel Oyarzabal put Spain one goal to the good after he latched onto Sergio Busquet's ball over the top of the France defence to score.

However, it took just two minutes for France to find the equaliser, Karim Benzema curling a beautiful strike into the top corner.

Kylian Mbappé then added France's second, somewhat making amends for an absent-minded European Championship this summer, including missing the decisive penalty in a shock defeat to Switzerland.

Theo Hernández - France's hero in the last-gasp semi-final win over Belgium - played a through-ball to Mbappé, who did a sharp stepover and slid a finish under Unai Simón.

With the victory, France followed up their FIFA World Cup win in 2018 to become the second team to ever win the UEFA Nations League after Portugal.

Earlier on, Italy beat Belgium in the third-place playoff.

Nicolò Barella opened the scoring for the Italians, before Domenico Berardi added a penalty to double the lead.