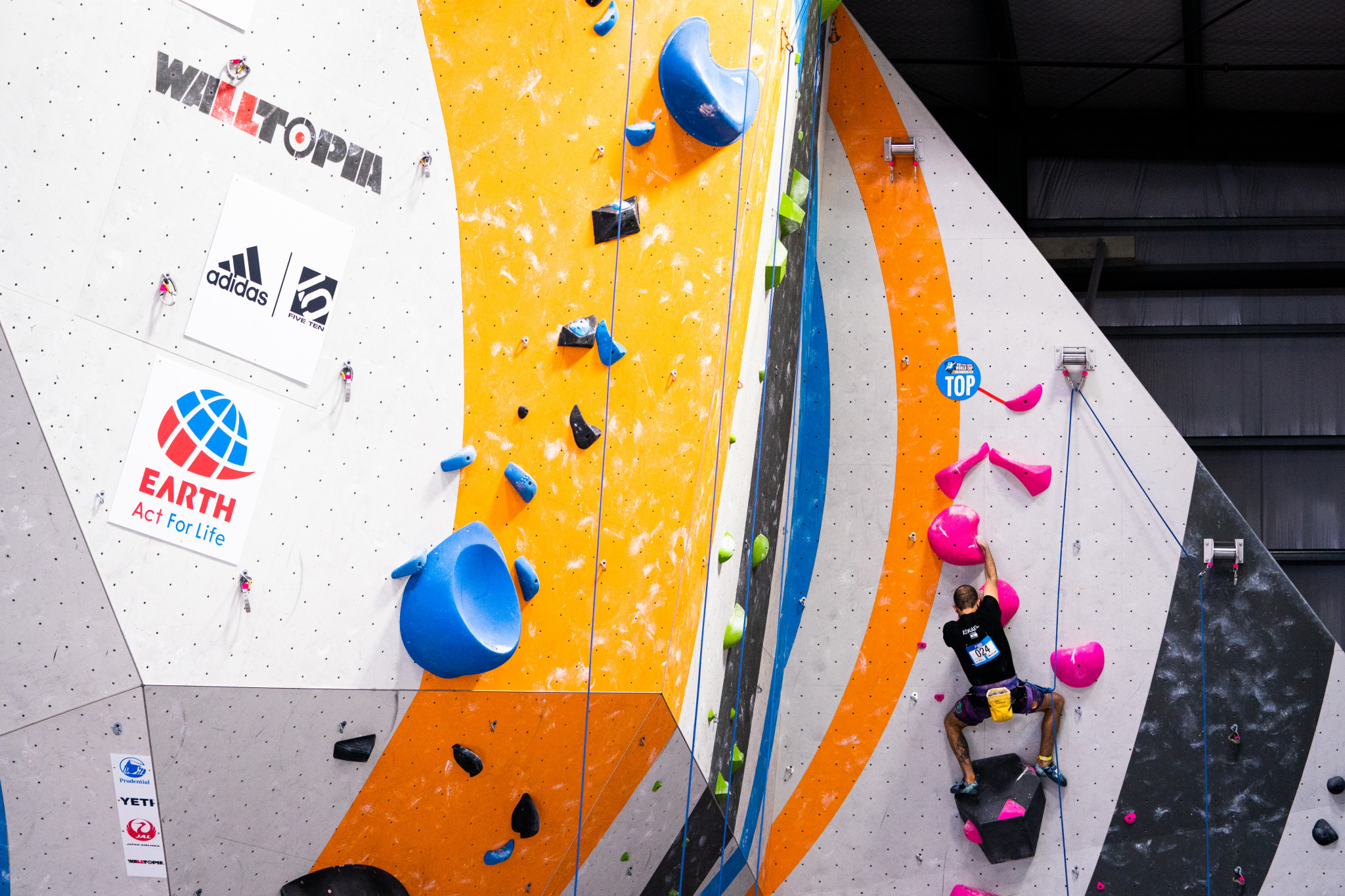 The 53-year-old Para climbing legend Kobayashi Koichiro of Japan was among those to progress through lead qualifying at the final International Federation of Sport Climbing (IFSC) Paraclimbing World Cup event of the year at the Sender One Climbing Gym in Los Angeles.

Koichiro's score of 1.22 was the best in the men's B1 classification, and he will contest tomorrow's final against Romania’s Razvan Nedu, and Britain’s Jesse Dufton, who scored 1.73 and 3.0 respectively.

Frederik Leys of Belgium was comfortably the best performer in the men's AL2 qualifying as he secured the highest point in the two qualification routes to finish with 1.0.

Home favourites Jake Sanchez and Colin Torpey were second and third with 2.24 and 3.16 respectively, and also advanced to the final.

American Hannah McFadden pipped Germany's Jaqueline Fritz to first place in a close women's AL2 qualifying event as the climbers notched 1.58 and 1.73 respectively, with South African Emily Gray adding to what should be a well-contested final with her qualifying score of 2.24.

Solenne Piret of France and Italy’s Lucia Capovilla both recorded 1.41 and American pair Giovanna Dubuc and Maureen Beck both 3.46 to reach the women's AU2 final.

A bronze medallist at the IFSC Paraclimbing World Championships in Moscow last month was Germany's Korbinian Franck, who was on fine form again in qualifying for the men's RP1 final with 1.41.

Angelino Zeller of Austria scored 1.58, American Elliott Nguyen 3.16 and his compatriot Tanner Cislaw 4.24 to join Franck in the decider.

Israel's Mor Michael Sapir topped both qualification routes to finish with 1.58 in the men's RP2, and will go up against Manikandan Kumar of India and Brian Zarzuela and Benjamin Mayforth, both of the United States, for medals in the men's RP2 tomorrow.

The women's RP2 final promises to be a close contest tomorrow, with Jasmin Planck of Austria scoring 1.41 in qualifying to edge past Belgian Pavitra Vandenhoven's effort of 1.58.

Emily Seelenfreund and Caroline Winstel made sure of a double home presence in the final.

In the master's level, Italy's Simone Salvagnin topped the men's B3 qualifying, American Micah Winkle did likewise in the men's RP3, while Austrian duo Edith Scheinecker and Katharina Ritt scored best in the women's B3 and women's RP3 respectively.

Sport climbing made its debut at this summer's Tokyo 2020 Olympic Games, and the IFSC hopes it can make its Paralympic debut at Los Angeles 2028.

This is the last IFSC Paraclimbing World Cup of the year, following events in Innsbruck in Austria in June and Briançon in France the following month.