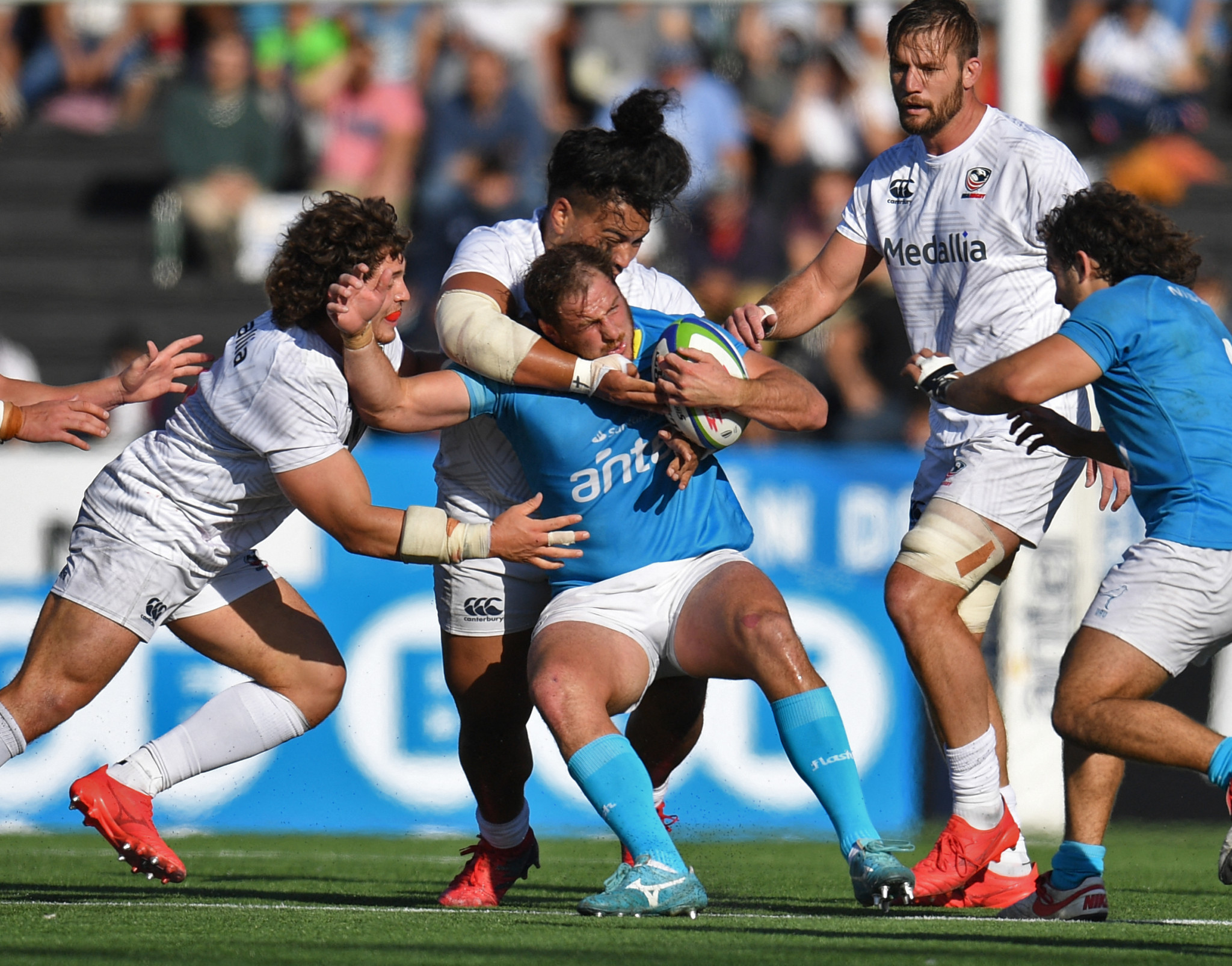 Uruguay have qualified for a third consecutive Rugby World Cup after staging a second-leg turnaround in Montevideo in the playoff against the United States, earning the first Americas qualification spot.

Argentina automatically qualified based on their performance in Japan in 2019, and Los Teros will join them at the 2023 edition in France as they triumphed 50-34 on aggregate against the US.

The Americans had edged the first leg 19-16 in Colorado last Saturday (October 2), but Uruguay overturned the deficit as they took a 13-8 half-time lead and eventually won 34-15 at the Estadio Charrúa.

Full-back Rodrigo Silva notched two tries to help his side to victory, while winger Federico Favaro contributed 14 points with six successful kicks out of seven.

Uruguay reached the qualifier by topping the South American Championship group involving Brazil and Chile held in Montevideo in July, while the US staged a comeback to win a playoff against Canada.

The South American country will play in Pool A of the tournament in France in 2023 alongside three-time winners New Zealand, Italy and the hosts, whom they will play in their first match at the Stade Pierre-Mauroy in Lille.

Uruguay have never progressed past the pool stage of the Rugby World Cup in their five appearances, winning three of 15 matches.

The US still have the opportunity to qualify, facing Chile next July in a playoff.

The Chileans had also lost the first match of their two-legged repechage against Canada 22-21 last Saturday, but overcame their opponents for the first time ever with a 33-24 scoreline in Valparaíso.

Santiago Videla scored a try and kicked 18 points for Chile as they moved a step closer to making a Rugby World Cup debut.

The 54-46 aggregate defeat puts an end to the Canadians' record of appearing at every Rugby World Cup.

The top 12 countries have qualified automatically for the 2023 World Cup after finishing in the top three of their pools in 2019, including defending champions South Africa and hosts France.

Samoa qualified from the Oceania qualifying process in July.

A further six places at the 20-team tournament are still to be decided - two from Europe, one from Africa, one from the Americas, the winner of the playoff between Tonga and an Asian country and the winners of the final qualification tournament.