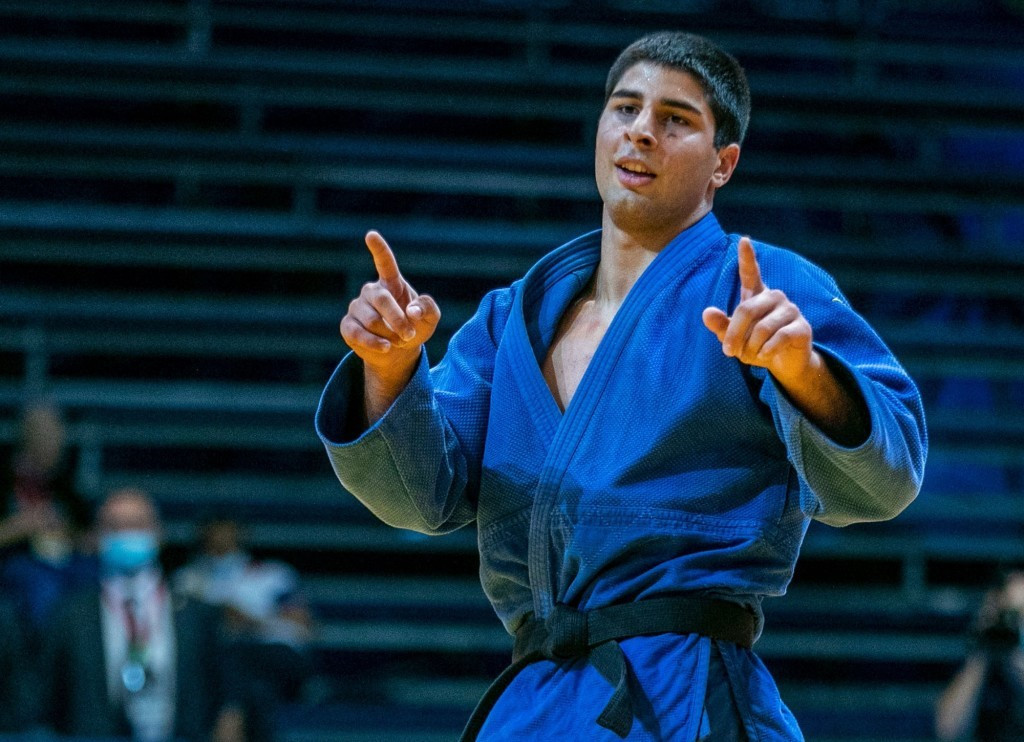 Georgia collected two golds on the last day of individual competition at the International Judo Federation (IJF) World Junior Judo Championships in the Italian city of Olbia to move top of the medal table.

Senior bronze medallist Ilia Sulamanidze triumphed for Georgia in the men's under-100 kilogram division, executing a perfect okuri-ashi-barai in the last minute to open the scoring and pave his way to victory in the final against Uzbekistan's Sukhrob Rajabo.

"Before the final, my coach was talking a lot and I said, 'don’t worry, I’m ready'," Sulamanidze said afterwards.

"I started slowly and after two minutes I started to push.

"Then I threw just as I expected."

Matvey Kanikovsiy took bronze for Russia against Slovakia's Viktor Adam, and so too did Utkirberk Toroboyev of Uzbekistan as he ensured a second place for his country on the podium by beating Germany's Kilian Kappelmeier.

Saba Inaneishvili took Georgia's fourth gold of the competition in the men's over-100kg event, moving it ahead of Russia on two.

Inaneishvili triumphed in golden score in the final against Hungary's Richard Sipocz.

Georgia also secured a bronze in the over-100kg through Irakli Demetrashvili against Uzbekistan's Shokhrukh Mamarasulov, while Yvo Witassek beat Losseni Kone in an all-German bronze-medal bout.

Turkey's Hilal Ozturk secured a bronze inside 45 seconds against Venezuela's Amarantha Urdaneta, while Lea Fontaine made sure of a second French place on the podium with victory against Elisabeth Pflugbeil of Germany.

There were two Germans on the podium as Raffaela Igl overcame Ukraine's Yelyzaveta Lytvynenko in the first bronze-medal bout, with Brazil's Eliza Ramos triumphing in the second against France's Liz Ngelebeya.

The Organising Committee President Gavino Piredda presented IJF President Marius Vizer and Olbia mayor Settimo Nizzi with a special thank you gift prior to the start of the day's action.

The championships draw to a close with tomorrow's mixed team competition.