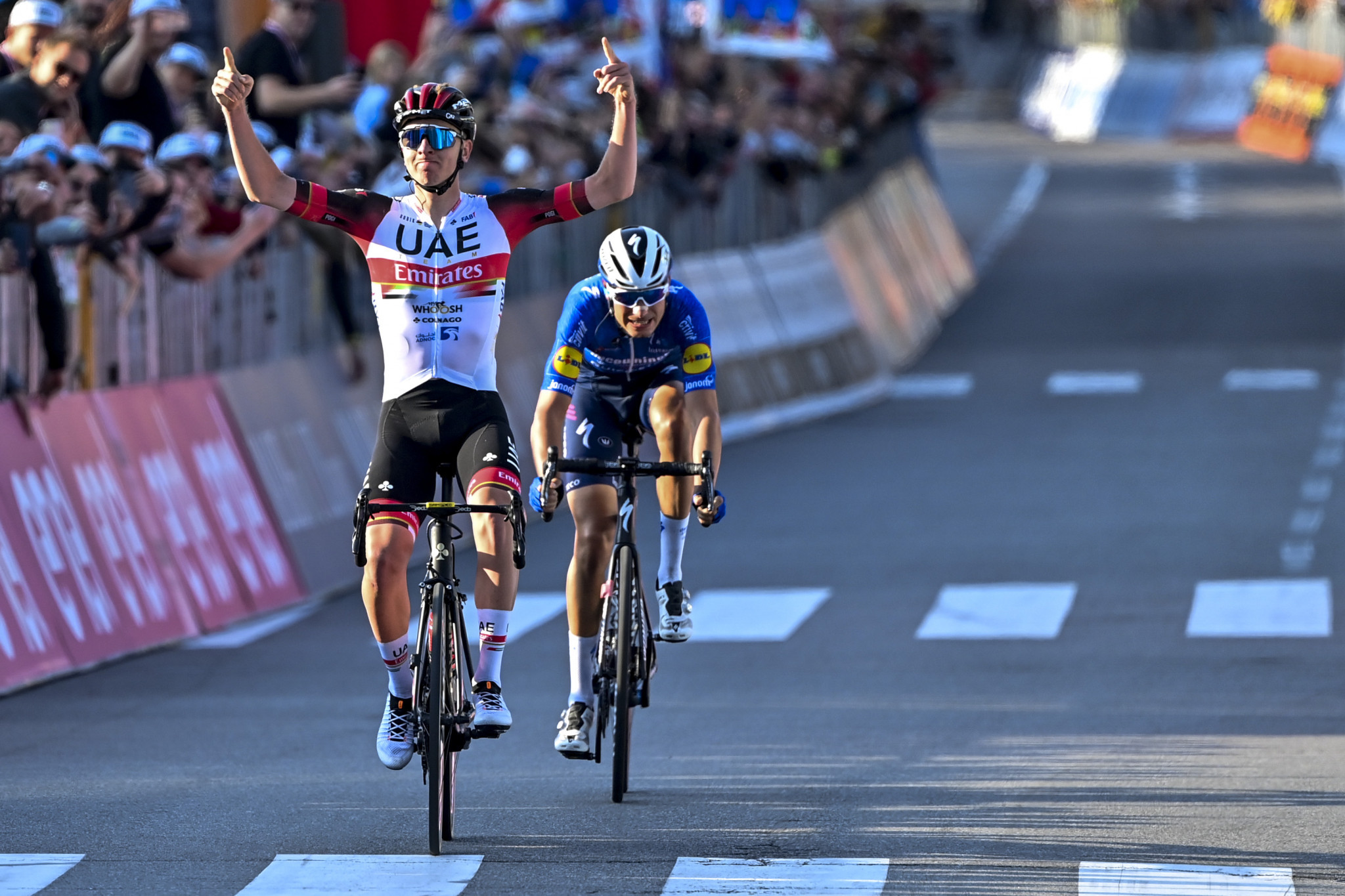 Pogačar crossed the line after 243 kilometres from Como in 6 hours 1min 39sec to beat the 2019 Giro d'Italia stage winner, far in front of the rest of the chasing pack.

The 23-year-old made his move at Passo di Ganda with 35 kilometres to go and was joined at the foot of the descent as Masnada attacked from the chase group that included his French team-mate Julian Alaphilippe.

Masnada did not work with Pogačar into the finish, but the Slovenian charged in front in the sprint anyway to secure his second Monument victory in his career.

"For me every victory is important.

🎙️ @TamauPogi: "It's crazy to finish the season like this. I'm a man without words. For me, every victory is important, but this one is a special one because I've been dreaming to race and win Il Lombardia for a long time."#ILombardia pic.twitter.com/uWgzVttDae

"Especially this one because I've been dreaming to start Lombardia and to race with the best here in Italy for a long time.

"Now I'm here and I took the victory, it's just crazy."

British rider Adam Yates of Ineos Grenadiers finished third in a group of seven, followed in by Slovenian Primož Roglič of Jumbo-Visma, Spain's Alejandro Valverde of Movistar and Alaphilippe.

Frenchmen David Gaudu of Groupama-FDJ and Romain Bardet of Team DSM were seventh and eighth, while Canadian Michael Woods of Israel Start-Up Nation was ninth.

More than two minutes behind the winner was Colombian Sergio Higuita of EF Education-Nippo in tenth.