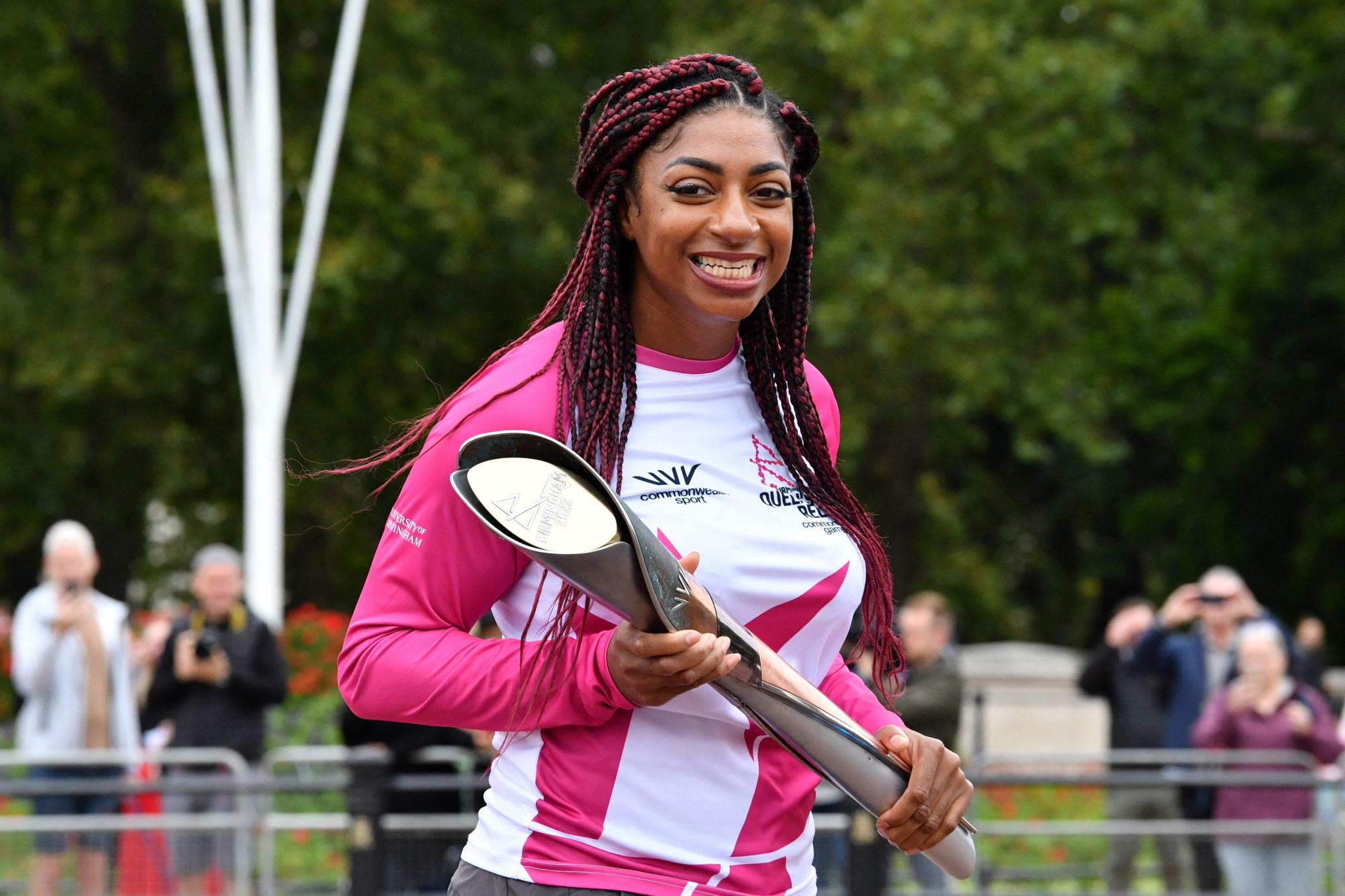 The first athlete to carry the Queen’s Baton for Birmingham 2022 here has paid tribute to the unique nature of the Commonwealth Games and looks forward to an event with fans in the stands after a vacuous Tokyo 2020.

The Briton Kadeena Cox, who won double gold at the Tokyo 2020 Paralympics and is a four-time Paralympic champion, was also the first Para athlete to begin the Relay.

"I do like making history it seems, and I never know I am doing it, but it is really special," Cox told insidethegames.

The Queen exchanged a few words before passing the Baton, Kox said, admitting it was "just encouragement, saying that it has the message in it and I am the first one, and that the Games were going to be special."

Cox then joked: "She didn’t tell me what was in the message, unfortunately.

"I thought I might have been able to squeeze it out of her."

She hopes to win gold in Birmingham after missing out on Gold Coast 2018 through injury.

"At the Commonwealth Games, you are just an athlete, you don’t feel segregated," Cox said.

"It is really special just not to feel segregated, just feeling like athletes, not Para athletes.

"Birmingham is such a diverse city and that is what these Games are about, diversity and inclusion, knowing that we will have the most Para events in these Games that there ever have been, it is really special and it just makes me feel included.

"It shows that we are a country of equality and inclusion."

When Cox won at the Tokyo 2020 Paralympics, no spectators were permitted, but that is likely to be different when Birmingham 2022 rolls around, commencing on July 28 next summer.

"Hopefully it will be very different to what it was in Tokyo," Cox said.

"Hopefully we will be able to mingle with athletes from other countries, that is what it is about, that coming together, until you get on the start line and then it’s just, 'go time'."

Cox passed the Baton to athletes representing the four nations of the British Isles, including gymnast Alice Kinsella, who also represents England and also experienced empty arenas in Tokyo.

"It was such an honour, such a surreal moment I never thought I’d be in such a position with the Queen watching me," Kinsella told insidethegames.

"[It is] definitely a story to tell and has definitely made me so excited, wanting to go back into the gym, get my fitness back and recover from injury, definitely towards the Commonwealths."

"Gymnastics has become one of the biggest sports now, especially after the Olympics, so for gymnastics in the Commonwealths, it’s going to be a very exciting sport to watch," she added.

"Fingers crossed we will be able to mingle with other people.

"That was obviously harder in Tokyo.

"I personally prefer a crowd.

"I know my family will definitely be there watching if that happens but I am sure it will."

The ceremony featured a performance by the City of Birmingham Symphony Orchestra, conducted by Alpesh Chauhan and streamed live from the city’s concert hall.

It concluded with Pomp and Circumstance March No. 4 by Sir Edward Elgar, a composer who enjoyed close associations with Birmingham.

The musical spectrum was completed by a performance from acapella group Black Voices.

Birmingham Poet Laureate Casey Bailey, a secondary school teacher from the Nechells area of the city, recited Take it On, a poem that paid tribute to Birmingham, "a city transformed by people", and to the nations of the Commonwealth.

"Even though they can’t all win, there will be no losers here," he said.

The ceremony began with the stirring sound of a tri-services military band comprising the Royal Marines Band Collingwood, the British Army Band Sandhurst and the Royal Air Force Regiment Band, escorting 12 hometown heroes, volunteers and coaches of grassroots sport in the West Midlands.

Visually impaired boxing coach Kevin Dillon of Brierley Hill had placed the Baton on the stage, and another boxing coach, Haseeba Abdullah from Smethwick, brought it forward for the formal part of the ceremony.

The Batonbearers departed as the band played Salute to the Commonwealth.

The Baton will next be seen at Birmingham Airport from where it flies to Cyprus, the first of 72 nations and territories.