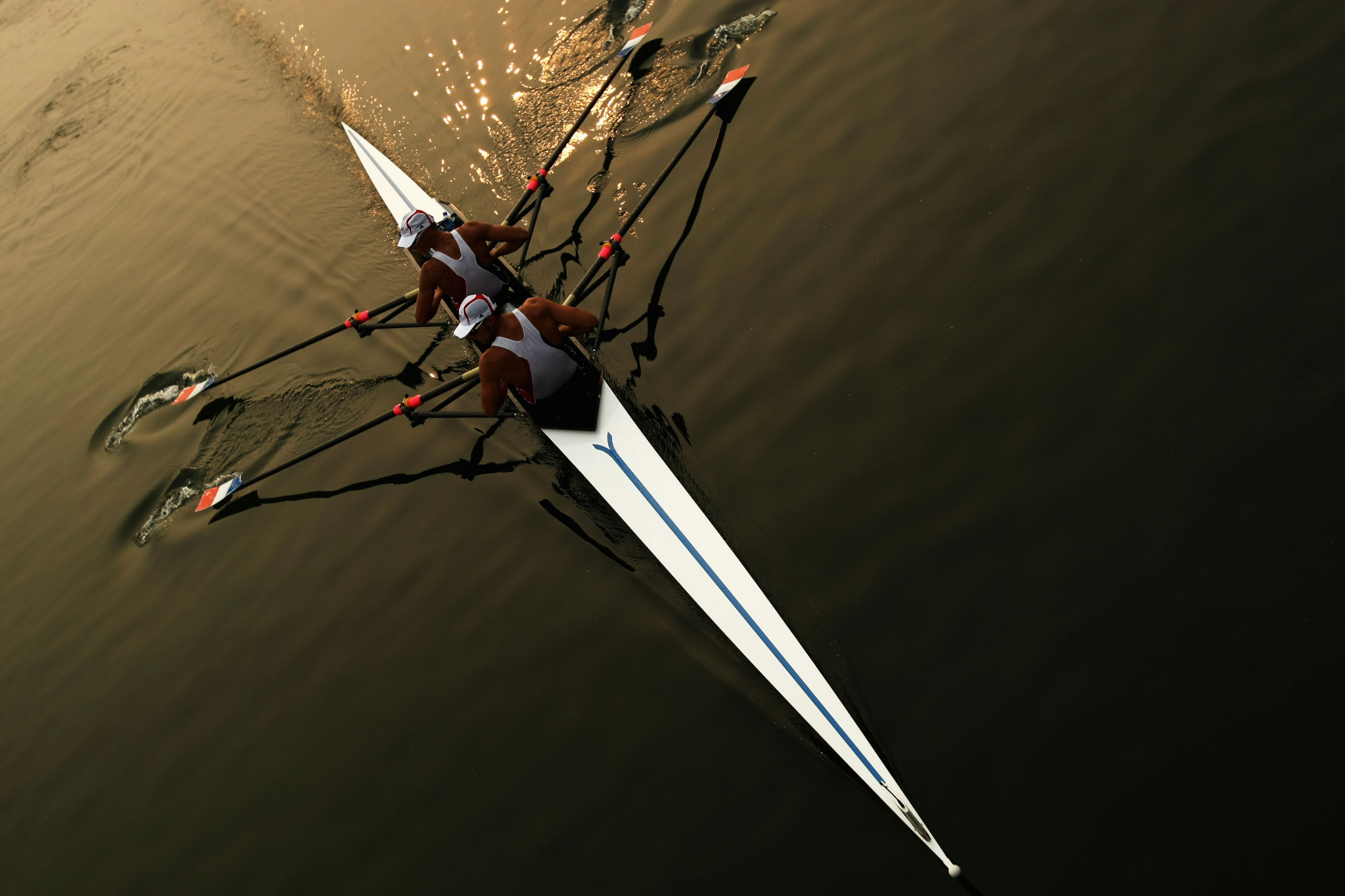 Ukraine won a cluster of gold medals at the 2021 World Rowing Coastal Championships in Oeiras in Portugal to finish top of the medal table as competition came to a close.

In the first final of the day, Ukraine's ZCU National Guard team won the women's quadruple sculls in a winning time of 27:29.70.

SO "RC" Dnipro of Ukraine went on to win the women's double sculls in 27:13.55 in front of Denmark's DSR and another Ukrainian team, ZCU.

Ukraine won its third gold of the day, with Dnipro winning their second race in the men's quadruple sculls in 22:40, in front of the Czech Republic's Czech Rowing Association and Britain's UL Tyrian club.

As part of UL Tyrian, Britain's Jack Beaumont won a medal after silver in the quadruple sculls at the Tokyo 2020 Olympics.

And that's the third gold medal of the day for Ukraine - never a doubt in this one as they led the CM4x+ from start to finish, and avoided the carnage at the first turning point. What a day for the Ukrainian rowers here in Oeiras!🇺🇦#worldrowing #coastalrowing #WRCCOeiras #WRCC pic.twitter.com/EZKnPWCG8j

Italy's Carabinieri crossed the line in the women's single sculls for the gold medal in 34:08.66, followed by Ukraine's Concorde and France's Hendaye Endaika.

Jaime Canalejo Pazos, who was part of the winning team, struck gold just a couple of months after making the A final of the men's pair at the Tokyo 2020 Olympics.

Spain finished the Championships by sweeping the podium in the mixed double sculls.