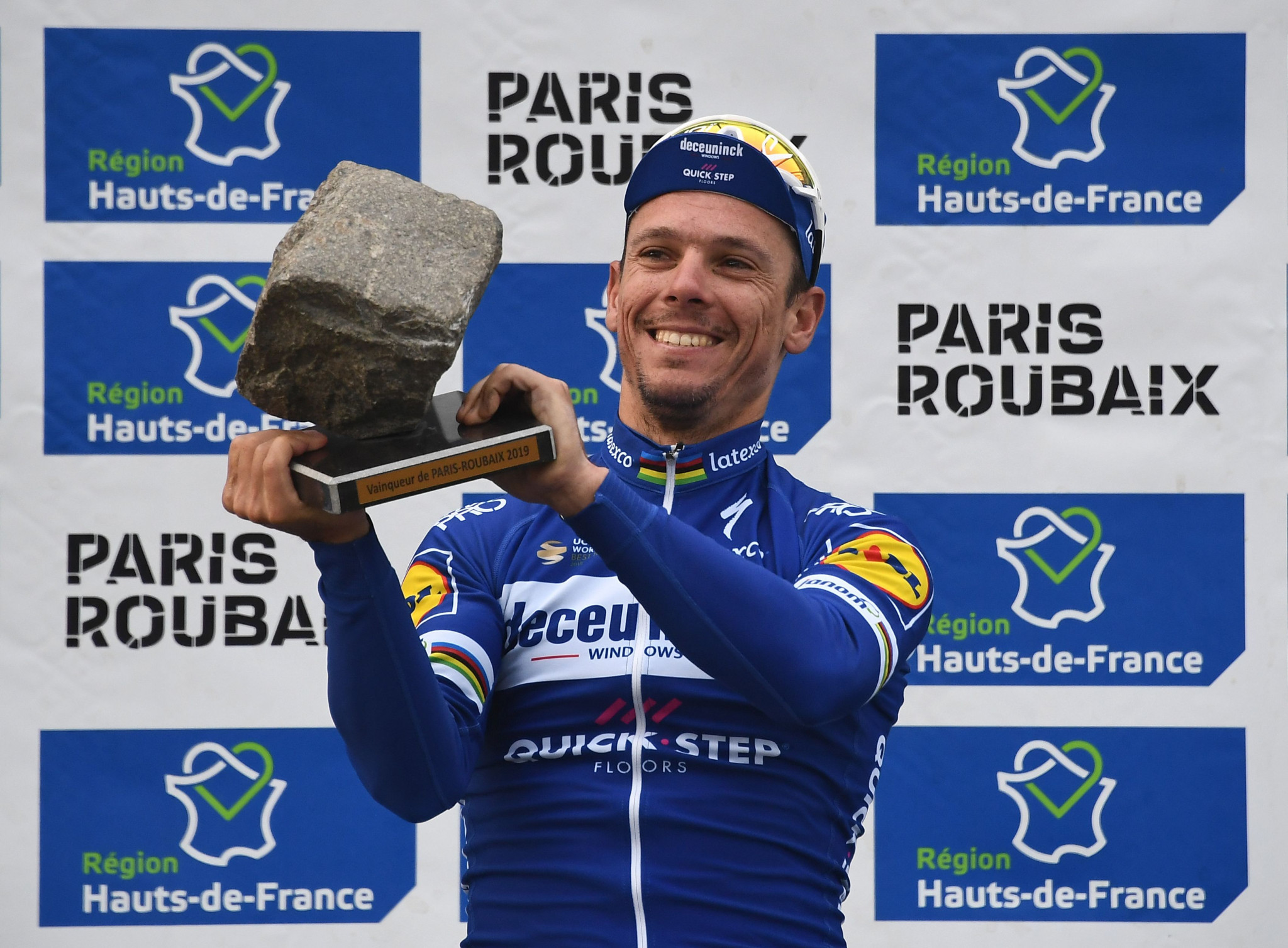 The 118th edition of the Paris-Roubaix road race signals the culmination of the Classics season with Mathieu van der Poel of The Netherlands tipped for glory on October 3 in France.

Danish cyclist Mads Pedersen is thought to be among the frontrunners alongside Philippe Gilbert of Belgium.

The 2019 edition saw the Deceuninck-QuickStep rider, now with Lotto Soudal, triumph after making a decisive move in the final 50 kilometres to outsprint Germany's Nils Politt.

Deceuninck-QuickStep again appear to be the strongest squad at the race.

They have won the race three times in the past decade with Gilbert, Dutchman Niki Terpstra and Tom Boonen of Belgium, and will now look to Tour of Flanders champion Kasper Asgreen of Denmark and fellow cobbled specialists Belgium's Yves Lampaert, the Czech Republic's Zdeněk Štybar and Florian Sénéchal of France – the latter duo coming off very strong rides at the World Championships - to compete once more.

The route, one of the longest of the year at 257.7 kilometres, will run from south to north from Compiègne to Roubaix over some of the most brutal roads the peloton will experience all year.

There are 30 cobbled sectors this year, which account for 55km of the route.

Often described as the Queen of the Classics or the Hell of the North, Paris-Roubaix is the third Monument of the cycling season and one of the most recognisable events in the sport after the Tour de France.

The race is the penultimate WorldTour event of the season, before Il Lombardia closes out the year in Italy.

The inaugural edition of the Paris-Roubaix Femmes race is set to begin tomorrow, a day before the start of the men's race.

Riders will cover 115.6km, including 17 sectors of cobbled roads, before finishing at the Roubaix Velodrome.

Showers have been forecast throughout the area from today until Sunday, meaning it will be the first time since 2002 that the race has been contested in the rain.

The Parisian race was originally scheduled to take place on April 11 but was postponed because of the global pandemic.

For the 2022 edition, the organisers have decided to switch dates with the Gold Race.

This means that Paris-Roubaix 2022 is set to be held on April 17 and the Gold Race a week before on April 10.