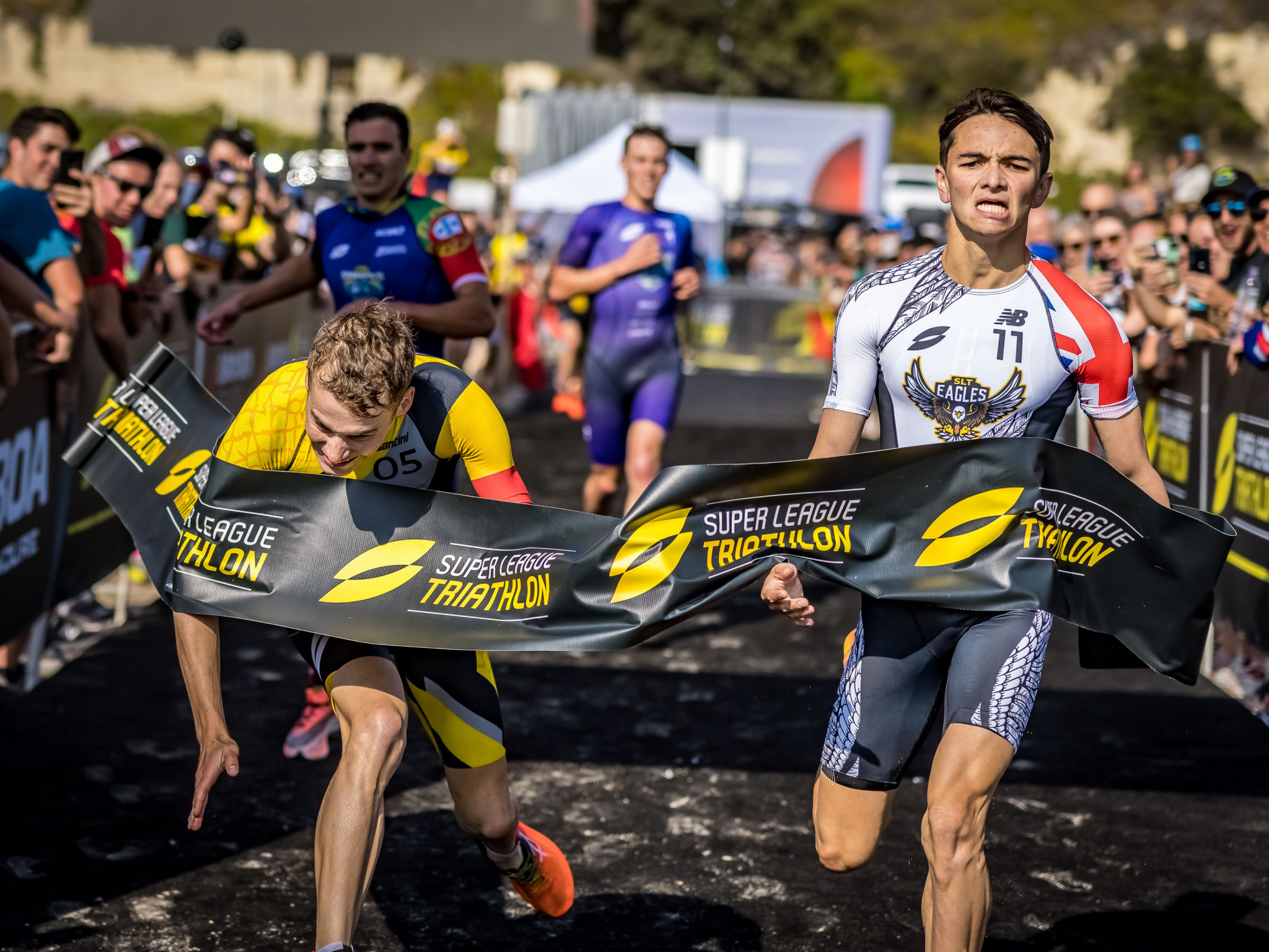 Yee moved from third to first in the last round of eh eliminator race in California, dramatically winning the men's contest by 0.2 seconds in front of Belgium's Marten van Riel.

In the first round, Norway's Olympic champion Kristian Blummenfelt took a six-second advantage over Australian Aaron Royle and Yee; and won the second race in similar form, beating Jonny Brownlee and the rest of the pack by eight seconds.

Yet in stage three, Yee came from third in the last 100 metres of the finishing run to outsprint Van Riel for the win and the maximum 20 points - bridging a gap of six points to New Zealand's Hayden Wilde, who could only finish fourth.

The rounds featured a 300-metre swim, 3.6-kilometre cycle and 1.6km run with a two-minute break between each stage.

Yee finished the four-stop SLT Championship Series with 59 points and Wilde finished on 54, with Brownlee third on 50.

What a day and way to finish the Super League Triathlon Championship Series🤩🏆💵#SLTMalibu #IAMSUPERLEAGUE pic.twitter.com/unbrZ9diUe

Taylor-Brown edged out compatriot Jessica Learmonth by a single point in the women's standings to take the title, finishing second in Maluibu.

She finished with 60 points to Learmonth's 59, after Learmonth crossed the line in fourth.

It was a straight fight between the two for the SLT crown, with the rest of the field far behind on the leaderboard, but it was Bermuda's Olympic champion Flora Duffy who took the race win, having missed the rest of the SLT Championship Series.

Duffy won the opening round in front of Learmonth and again crossed the line first in the second.

American Katie Zafares looked to be Duffy's biggest challenger in round three, but could not mathc the Bermudan's pace on the run and was pipped to the line by Taylor-Brown, who won the overall title by a point.