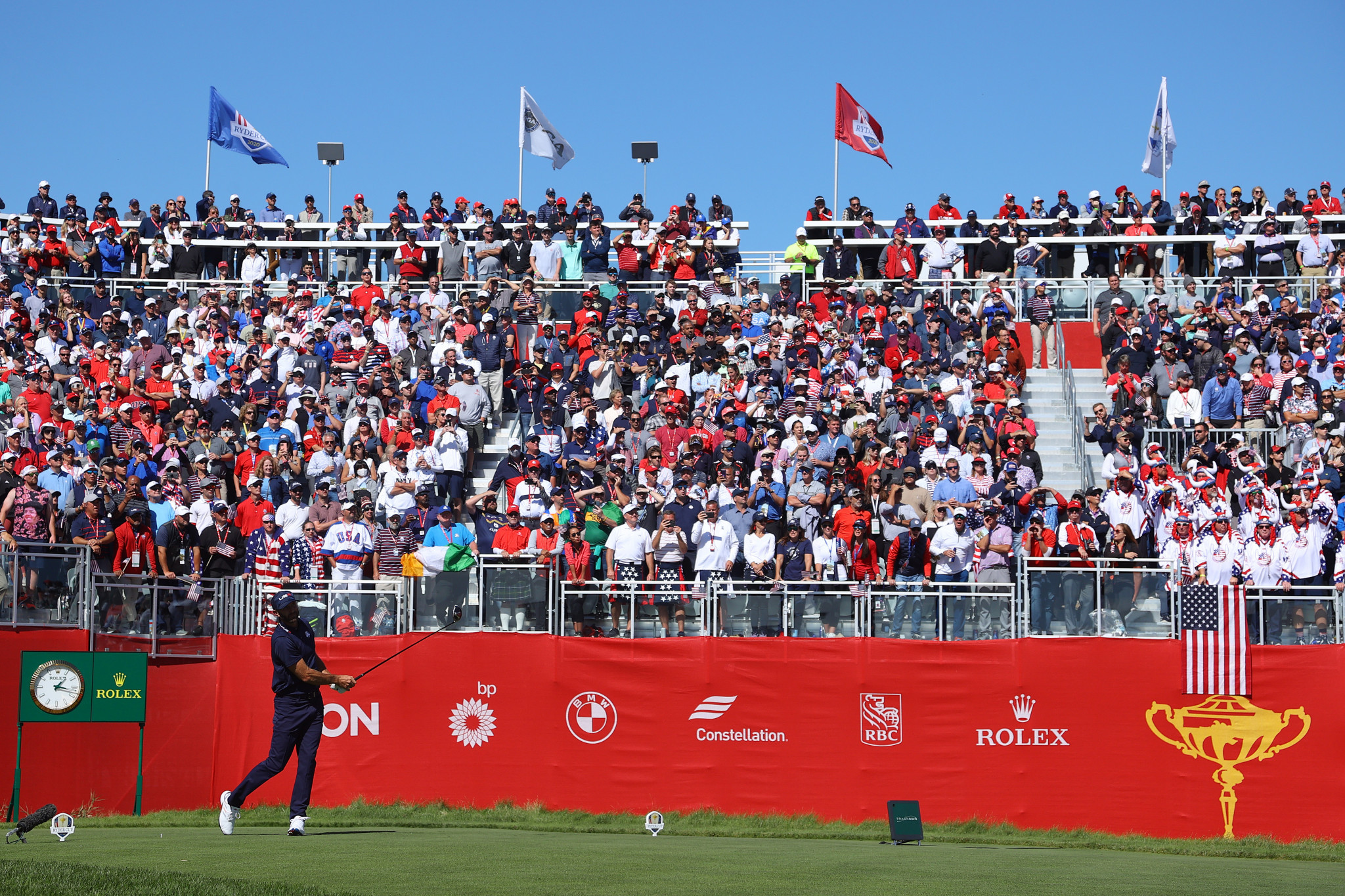 The United States are favourites to regain the Ryder Cup after opening up a six-point lead over Europe heading into the final day of the Ryder Cup at Whistling Straits in Wisconsin.

The hosts started the day with a 6-2 lead and won the foursomes 3-1 before halving the fourballs matches, to leave Europe with a mountain to climb heading into the final day's 12 singles matches.

In the morning foursomes, Spaniards Jon Rahm and Sergio Garcia secured Europe’s only win of the session, and their second as a pair at this year’s tournament, with a 3&1 win over Americans Brooks Koepka and Daniel Berger.

Koepka and Berger started strongly winning the first three holes to go three up, but Europe battled back with the contest all square going into the back nine.

Europe won four holes on the back nine, including an eagle on 16, to seal victory with a hole to spare.

In the second match of the session, Dustin Johnson and Collin Morikawa emerged victorious 2&1 against English pairing Paul Casey and Tyrrell Hatton.

The Americans started well in this match going three up with three birdies, and were four up after eight.

Three birdies on four holes on the back nine reduced the deficit for Europe, but it was too much to recover and the US won with a hole to spare.

In match three, Norway's Viktor Hovland and Austria’s Bernd Wiesberger took an early three up lead through six holes before being pegged back by Justin Thomas and Jordan Spieth.

Thomas and Spieth fought back to level before winning three straight holes between 14 and 16, to secure a two up victory.

A good morning for the US was concluded in the final match when Xander Schauffele and Patrick Cantlay triumphed 2&1 against English duo Lee Westwood and Matt Fitzpatrick.

Three straight hole wins between the ninth and 11th was the catalyst for the Americans victory, giving them a 9-3 lead heading into the fourballs.

In the first of the fourballs matches Rahm and Garcia earned their third win of the tournament as a partnership, triumphing 2&1 against Koepka and Spieth.

Successive birdies on holes 15 and 16 from Rahm gave the all Spanish duo victory with a hole to spare.

There was more blue on the scoreboard from match two with Ireland's Shane Lowry and Hatton winning a tight contest one up against Tony Finau and Harris English, with wins on the third and 11th holes enough to get Europe over the line in this one.

Scottie Scheffler and Bryson DeChambeau claimed their second fourballs win of the event coming from behind to beat England's Tommy Fleetwood and Hovland 3&1.

It was a third straight loss for McIlroy at this year's event and a second for Poulter, with both experienced players again looking off-colour, only winning one hole between them all match.

In contrast, Johnson continued to impress and has won his match in all four sessions of play so far, while Morikawa is also undefeated at this year's event.

The contest will conclude tomorrow with 12 singles matches, with the US looking for just three and a half points to retain the famous trophy, while Europe will have to stage a comeback never achieved before if they are to retain their crown.