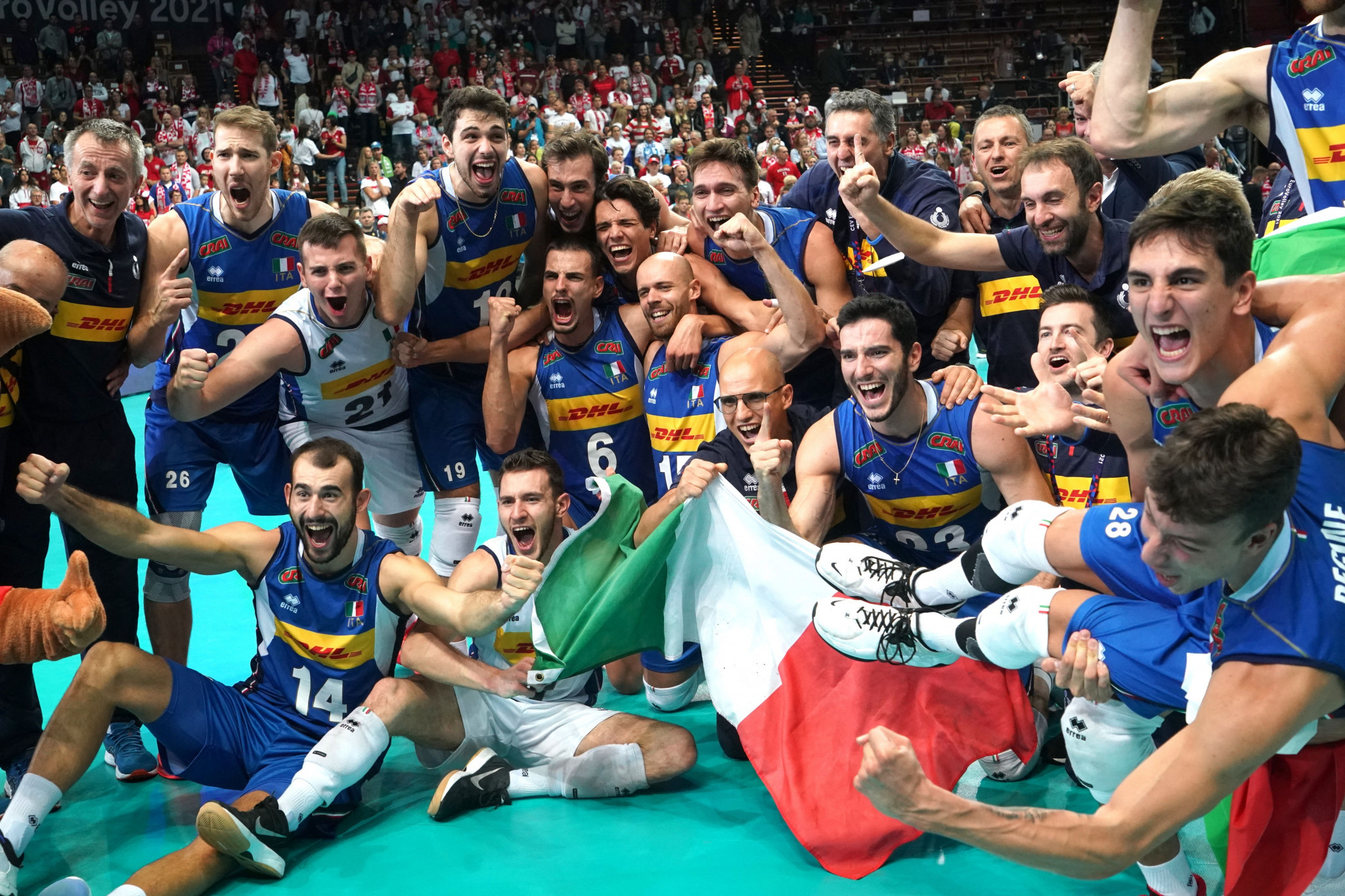 Six-time Men's European Volleyball Confederation EuroVolley champions Italy made it seven after defeating Slovenia in the final in a five-set thriller.

Simone Giannelli, Italy captain and setter, was named the tournament Most Valuable Player, as Italy earned their 11th EuroVolley medal.

Slovenia, meanwhile, were agonisingly forced to settle for silver, just as they did in 2015 and 2019.

What a 🥇 match between Italy and Slovenia 🇸🇮! A 5 set match which ended in Italy’s favor!

With the women’s team also winning the #EuroVolley title…

Opposite Bartosz Kurek added another 11, while Marko Ivović was Serbia’s scoring leader on 10.

Poland's bronze was their fourth of the European Championships, and their 10th medal in the tournament's history.