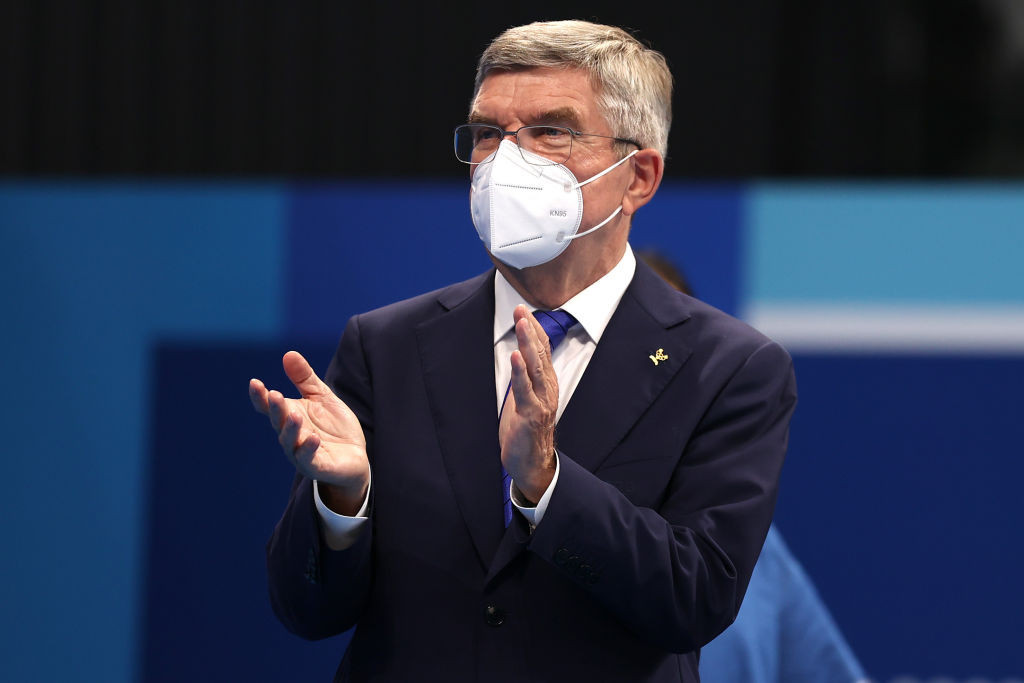 The International Olympic Committee (IOC) has announced it will offer COVID-19 vaccinations to athletes who are set to compete at the 2022 Winter Olympic Games under a similar programme that was in place at Tokyo 2020.

IOC President Thomas Bach urged National Olympic Committees (NOCs), National Paralympic Committees and other stakeholders in their countries who need additional doses for their respective teams to "inform our NOC relations department as soon as possible so we can put the necessary arrangements in place".

The IOC struck a deal with Pfizer, one of the main COVID-19 vaccination developers, prior to the Tokyo 2020 Olympics.

It is not yet clear whether the IOC's vaccination programme for Beijing 2022 will also be run by Pfizer as the organisation has not specified which company it will be working with.

The Chinese Olympic Committee also offered to vaccinate Beijing 2022 teams before Tokyo 2020, with the IOC paying for the cost of each dose.

They will only be available in territories which have approved the Chinese vaccines for use.

It is likely a high percentage of athletes who will participate at Beijing 2022 will have been vaccinated by the time of the Opening Ceremony on February 4.

Writing in a letter to the Olympic Movement, Bach claimed the IOC and Chinese organisers were "sparing no effort to make these Olympic Winter Games safe and secure for everyone".

The first Beijing 2022 "playbooks" - the rules all Olympic participants will have to adhere to during the Games - are set to be published next month.

Bach said they will be similar to the same documents in force at Tokyo 2020 but would be tailored to the COVID-19 situation in China.

The regulations are expected to be stronger in Beijing than for Tokyo 2020, but exact details are yet to be confirmed by the IOC and organisers.

"While the pandemic is far from over, I would like to reassure you that together with our Chinese partners and friends, we are sparing no effort to make these Olympic Winter Games safe and secure for everyone," Bach wrote.

"As we did in Tokyo, we are putting in place rigorous COVID-19 countermeasures to ensure the health and safety of all Olympic participants in Beijing.

"We continue to be guided in this by the scientific advice of the World Health Organization and international experts.

"In this context, I am happy to announce that also for the Olympic Winter Games Beijing 2022 we will have a vaccination programme, which worked so effectively for Tokyo.

"This means that we will once again support our stakeholders by making vaccines available to all Olympic participants ahead of Beijing, in line of course with national regulations."

Major sporting events in China, where the novel coronavirus originated, are still being cancelled because of COVID-19.

According to latest figures, China has fully vaccinated 889 million people and administered a total of 2.4 billion doses.

The build-up to Beijing 2022 has been dominated by human rights concerns amid fears China is carrying out a genocide on Uighur Muslims in Xinjiang.

Politicians and human rights groups are among those to have urged the IOC to move the event from Beijing amid the alleged mass internment of Uighurs, while others have claimed the Games in the Chinese capital should be boycotted.

The IOC has refused to mention Uighurs by name and Bach has previously insisted the organisation is not a "super world Government" when asked about China's record on human rights.

"In the weeks and months ahead of the Olympic Winter Games Beijing 2022, I very much hope that we can continue to count on your support for the sake of all the athletes who are preparing so hard to make their Olympic dream come true," Bach said.