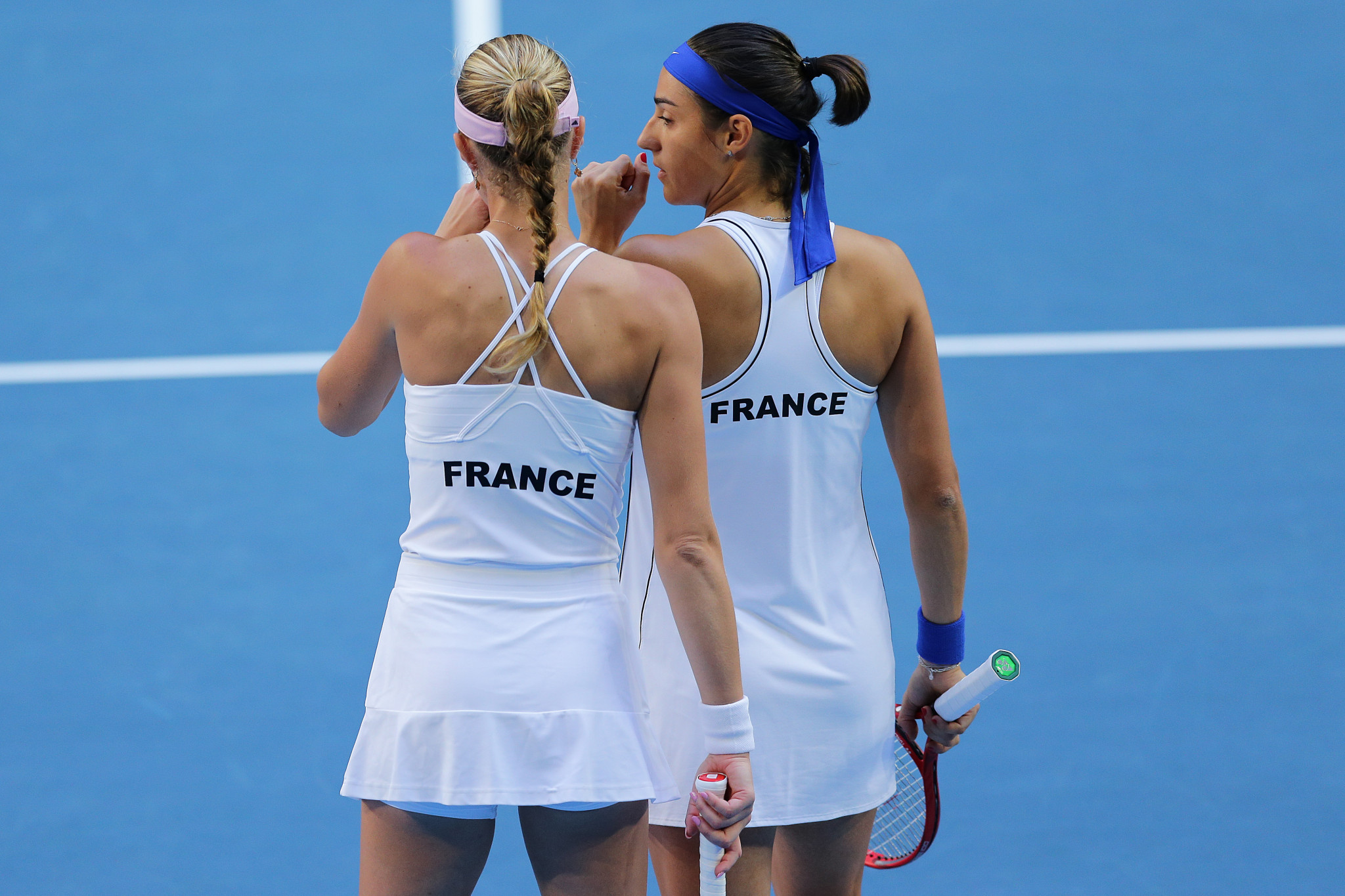 Defending champions France will open the 2021 Billie Jean King Cup Finals in Prague against Canada, starting off six days of competition at the start of November at the O2 Arena.

They are set to be the first on Centre Court on November 1, followed later that day by hosts Czech Republic and Germany.

Belgium play Belarus and Spain play Slovakia on the opening day on court one.

The Russian Tennis Federation play their first match against Canada on day two, and Switzerland start later that day against the Czech Republic.

The Billie Jean King Cup is a tournament for women's tennis nations, named after one of the sport's most famous players.

It consists of 12 nations that play two ties to determine the winners of the four groups, with nations then moving onto the semi-finals.

Each best-of-five match consists of two singles and one doubles match.

Kristina Mladenovic was the hero for France in the 2019 edition of the tournament - under its former name, the Fed Cup - having won her two women's singles matches against Australia's Ajla Tomljanović and world number one Ashleigh Barty.

Her and team-mate Caroline Garcia won the deciding doubles match against Barty and Samantha Stosur to give France its third title.

The final of the Billie Jean King Cup is scheduled for November 6.

Team nominations for the tournament are to be announced on October 4, with nations able to pick up to five players.

It is the fifth time that the O2 Arena has hosted the final stage of the competition with the Czech Republic victorious at home in all four tournaments held there so far in 2012, 2014, 2015 and 2018.

The competition has been heavily affected by the COVID-19 pandemic, with matches in Mexico and Japan moved to the United Kingdom and Ukraine respectively.

In February, it was confirmed the finals would take place later in the year and in May it was moved from the Hungarian capital Budapest due to COVID-19 concerns before being awarded to Prague last month.