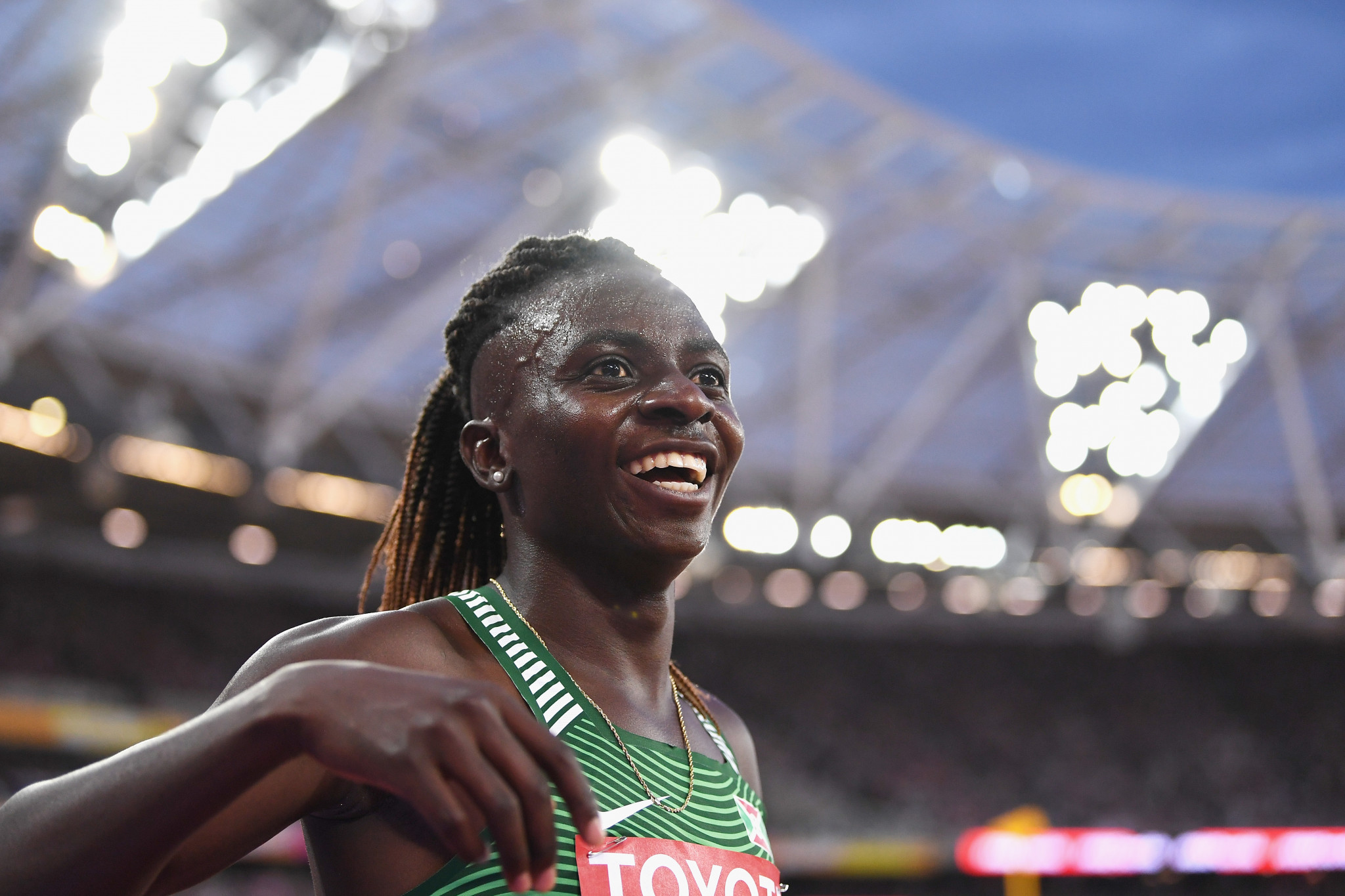 Niyonsaba’s time was more than two seconds quicker than the previous world record of 5:23.75 set by Ethiopia’s Genzebe Dibaba in 2017, and also eclipsed the outdoor record of 5:25.36 set by Ireland’s Sonia O’Sullivan back in 1994.

The 28-year-old Niyonsaba is now excelling over longer distances as World Athletics' rules for female athletes with naturally elevated testosterone levels mean she cannot run anything between 400m and the mile.

An 800m specialist, she won the Olympic silver medal at Rio 2016 and also finished second at the World Championships in London in 2017.

In last night’s only event, back-to-back Olympic champion Ryan Crouser of the United States won a star-studded Ivan Ivancevic Memorial men’s shot put event, recording distances of more than 22 metres with all six throws, and his best of 22.84m breaking the meeting record in Zagreb.

The bronze medallist at Tokyo 2020, Tom Walsh of New Zealand, notched 22.39m, while the silver medallist and world champion Joe Kovacs of the US landed 21.70m.

This evening’s action at the event known as the Boris Hanžeković Memorial at the Sports Park Mladost featured further victories for Olympic champions in the two discus events.

Sweden’s Daniel Ståhl threw 67.79m in the men’s, bettering the 66.21m of Austria’s Lukas Weißhaidinger, who finished third at Tokyo, and 65.17m of Slovenian Kristjan Čeh.

In the women’s, American Valarie Allman threw 69.63m to better home favourite Sandra Perković's 66.48m, having also taken the Olympic title off the Croatian at Tokyo 2020.

Striding towards a world record 🙌@FrancineNiyons4 on her way to 5:21.56 and the fastest 2000m in history at the Zagreb #ContinentalTourGold pic.twitter.com/lRKPWgeslO

However, men’s 110 metres hurdles Olympic champion Hansle Parchment of Jamaica had to settle for third in the Boris Hanžeković Memorial Race as American Devon Allen finished in 12.99 seconds.

Allen missed out on a medal at Tokyo 2020, but arrived in Zagreb fresh from winning the Diamond League finale, and he continued his good form to edge out Jamaican pair Ronald Levy, who earned bronze in the Japanese capital, and Parchment as they clocked 13.11sec and 13.12 respectively.

Allen clocked 12.99 - breaking the 13-second barrier for the first time.

Former Olympic champion Kirani James of Grenada built on his bronze at Tokyo 2020 by winning the men’s 400m in 44.46.

His nearest challenger Isaac Makwala of Botswana crossed the finish line in 45.15, while 21-year-old Italian Edoardo Scotti came third in 45.30.

The women’s 200m featured a re-run of the close Diamond League Final in Zurich with the same outcome as Christine Mboma of Namibia staved off the challenge from Jamaica’s Shericka Jackson.

Olympic silver medallist Mboma recorded a time of 22.04, giving her a slightly bigger margin of victory than in the Swiss city as Jackson clocked 22.30 seconds.

The Bahamas’ Anthonique Strachan was third in 23.05 seconds.

Mboma is still only 18 and like Niyonsaba unable to run over her preferred distance - in this case 400m.

In the men’s 100m, the US' Marvin Bracy missed out on Usain Bolt’s meeting record by just 0.01sec as he claimed victory in 9.86, ahead of compatriots Ronnie Baker and Trayvon Bromell with 9.97 and 10.03 respectively.

The women’s triple jump was won by Shanieka Ricketts of Jamaica as her best distance of 14.77 metres saw the silver medallist at the 2019 World Championships overcome Slovenia’s Neja Filipič, who leapt 14.37m, and Finland’s Senni Salminen with 14.24m.

Latvia’s Madara Palameika triumphed in the women’s javelin after a throw of 63.25m, to Serbia’s 17-year-old Adriana Vilagoš with 62.36m and Hungary’s Réka Szilágyi with 58.56m.

This was the final meeting of the World Athletics Continental Tour Gold in Europe this year, with one event remaining in the shape of the Kip Keino Classic in the Kenyan capital Nairobi on Saturday (September 18).