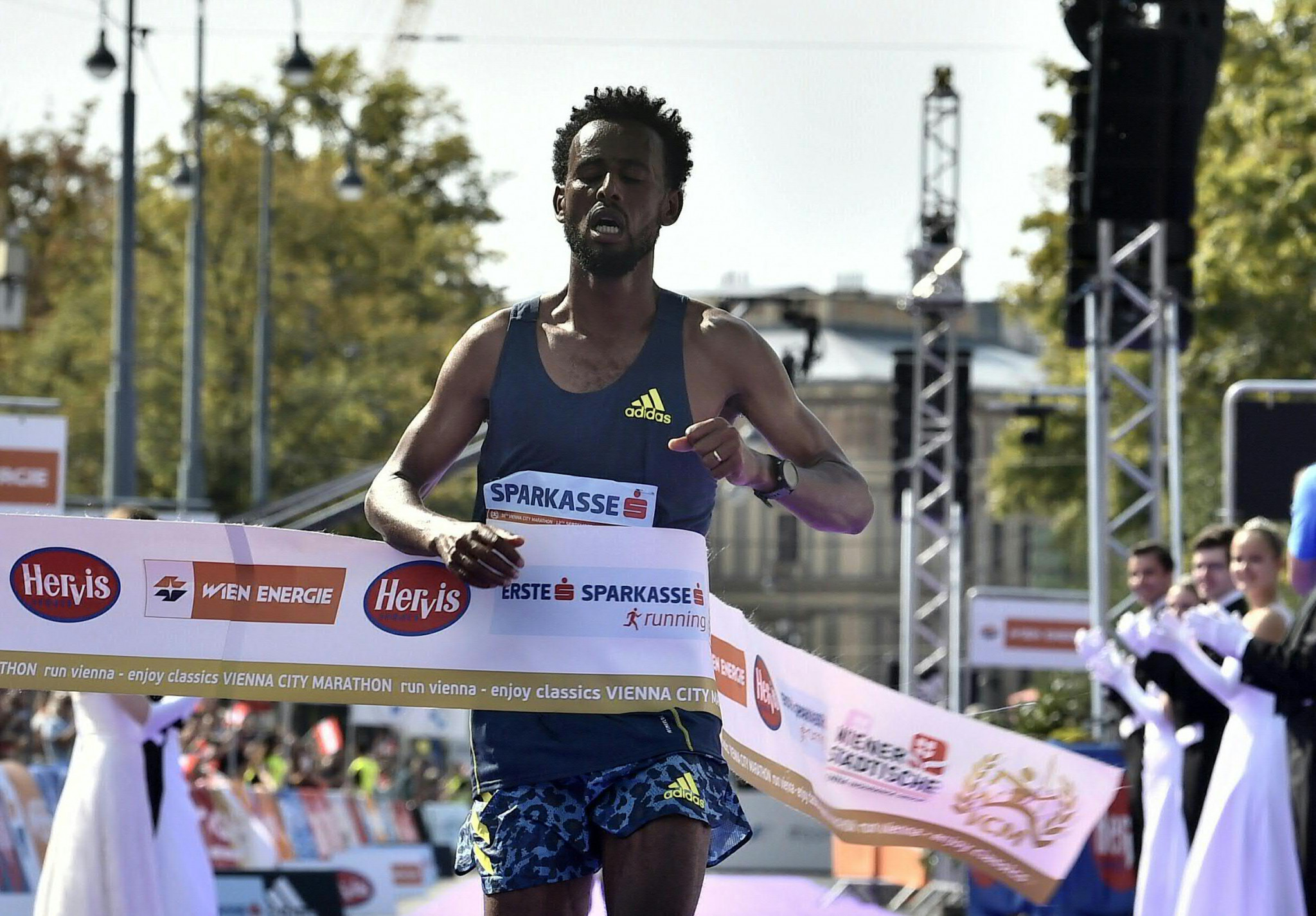 Derara Hurisa of Ethiopia was stripped of his victory in last weekend’s Vienna City Marathon after the soles of his running shoes were found to be one centimetre too thick.

The rules state the soles can be four centimetres thick, while Hurisa's were five.

Hurisa had finished the 42-kilometre race in the Austrian capital on Sunday (September 12) in 2 hours 9min 22sec, pipping Kenya’s Leonard Langat across the finishing line by three seconds.

However, less than 45 minutes after the conclusion of the race, the 24-year-old was informed that he had been disqualified with his shoes one centimetre too thick and Langat was declared the winner.

It is believed to be the first time a winning athlete has been disqualified for a violation with their shoes at a major marathon.

Organisers claimed that Hurisa wore different shoes to the model named on a form submitted prior to the race.

"We also stressed in the technical meeting the rules about the shoes," an elite race coordinator of the marathon, Hannes Langer, said.

"Unfortunately we had no other choice than disqualifying the athlete.

"It is the first time something like this has happened.

"And I am pretty sure that from now on there will be some form of checks to avoid something like this to happen again in a major race."

As reported by Complex, Hurisa wore the Adidas Adizero Prime X during the marathon, which was released earlier this year.

Langat’s 2:09:25 marathon became a winning time, with his compatriot Edwin Kosgei elevated onto the podium after clocking 2:10:10 and Ethiopia’s Betesfa Getahun securing second in 2:09:42.

After hearing the news, Langat commented: "Of course I would have preferred to have broken the tape.

"I had no clue about the disqualification until they told me.

"It was of course my aim to win and I thank god that, in the end, I did.

"It was a good race, but the heat was a problem."

The women’s marathon was won by Kenya’s debutant Vibian Chepkirui in 2:24:29.

In the half marathon race, a 40-year-old Austrian runner passed away after collapsing and being rushed to hospital.

"We are very saddened by this case," the organiser Wolfgang Konrad said.

"Our sympathy and deepest condolences go to the runner's relatives."

The Vienna City Marathon was pushed back from April to September because of the COVID-19 pandemic, after last year’s race was cancelled.

It has been held annually since 1984.