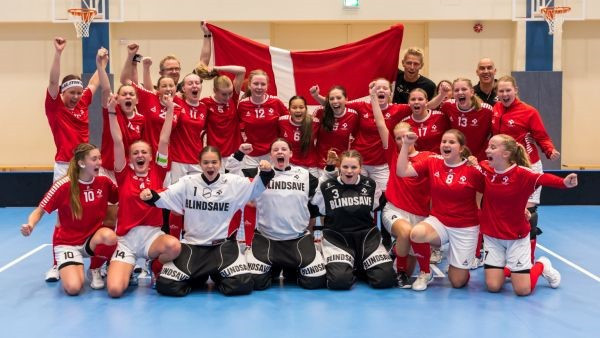 Denmark and Hungary have secured places at the 2022 Women’s Under-19 World Floorball Championship after securing top-two finishes at a qualifier in Saku in Estonia.

The two nations participated in a four-team qualifier from September 8 to 11.

A group stage was held with the top two advancing to the final and the World Championships, while the remaining teams played a third-place playoff.

Denmark finished top of the group standings with three consecutive victories, beginning with a 10-5 win over Hungary and a narrow 3-2 success against Estonia.

Qualification was sealed with a 9-4 win over Italy.

Hungary joined Denmark in the final after bouncing back from their opening loss to win 6-1 against Italy and 5-3 against Estonia.

Denmark secured an 8-5 win over Hungary in the final, while Italy were 3-2 winners over Estonia to finish third.

Hungary's Nora Lelovics was the top scorer of the event with 20 points, which saw her named as the most valuable player for her team.

🇩🇰 with fourth consecutive win takes 1st place at the #u19wfcq2022 in Saku.

Denmark and Hungary will advance to next year’s Under-19 World Floorball Championships.

The International Floorball Federation event is scheduled to take place in Wellington in New Zealand from May 4 to 8 next year.

The nations will participate in the Group C and D event, alongside Russia, Canada, Australia, New Zealand, United States and debutants Singapore.

Defending champions Finland, Sweden, Czech Republic, Switzerland, Poland, Norway, Slovakia and Germany will compete in Groups A and B.

Group matches will be followed by playoff and placement games.