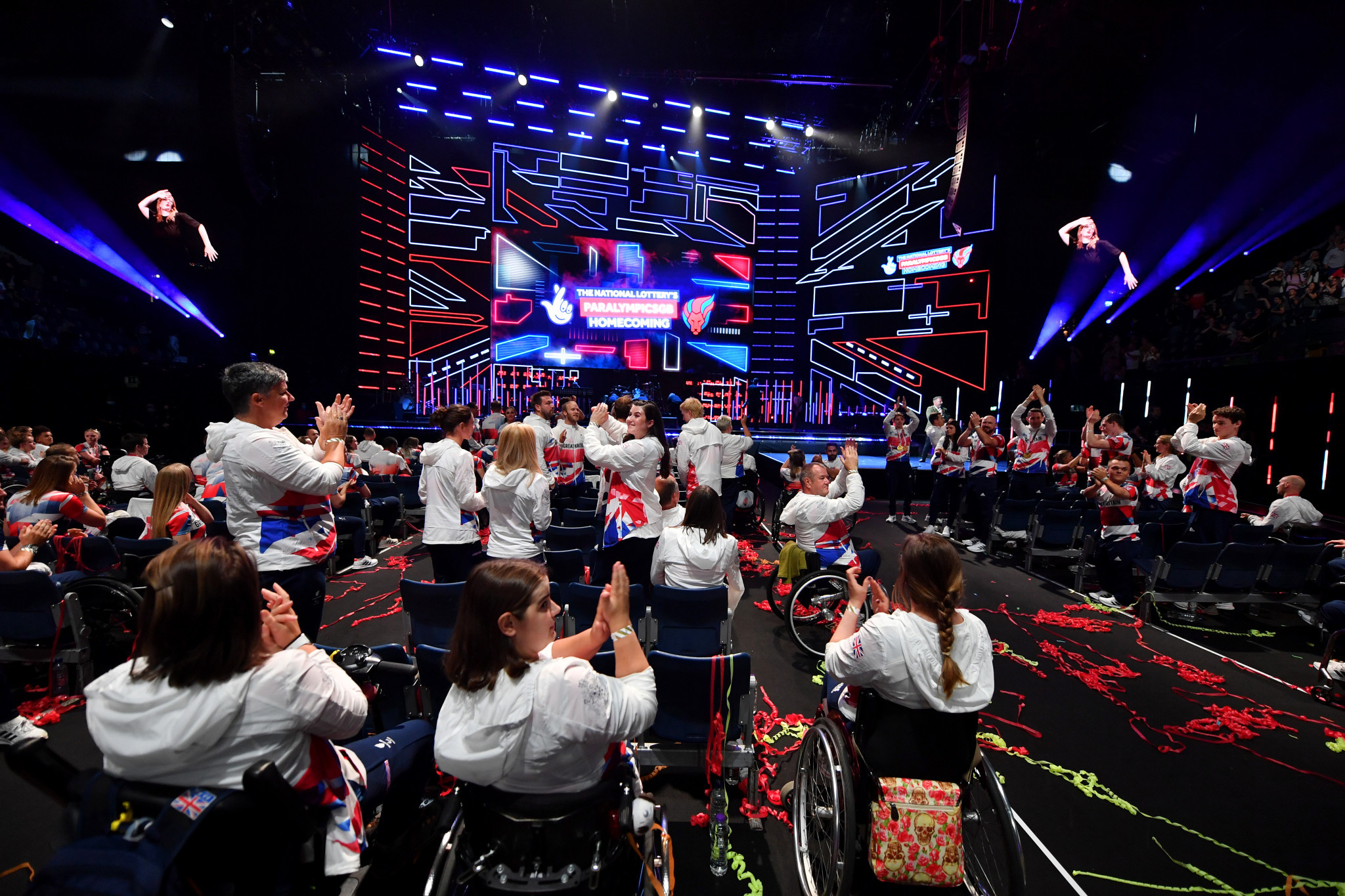 ParalympicsGB has hosted a homecoming party at Wembley Arena for athletes following the conclusion of the Tokyo 2020 Paralympic Games.

Britain was represented by a team of 227 athletes at the Games, which were held from August 24 to September 5.

The British team finished second on the medals table behind China, finishing the Paralympics with 41 gold, 38 silver and 45 bronze medals.

Wembley Arena welcomed athletes one week on from the Closing Ceremony, with a two-hour show held.

National Lottery players had been able to secure free tickets for the event via a ballot, with ParalympicsGB hailing their support through funding provided each time people play.

The show featured performances from stars from across British music and entertainment.

Singer Birdy performed alongside the Royal Ballet and Joe Powell-Main, who became the first wheelchair user to perform with the renowned company.

Powell-Main had previously trained with the Royal Ballet before sustaining an injury which left him with impaired mobility.

He has continued to pursue classical dancing through the Wheelchair Dance Association and Ballet Cymru.

The homecoming event was held in association with Channel 4, who will broadcast the event exclusively at 10pm in on British television.

Adam Hills, Josh Widdicombe and Alex Brooker, hosts of Channel 4 show The Last Leg, served as emcees for the event.

The event was aimed at a providing athletes with a celebration to recognise their achievements at the Games.

The Tokyo 2020 Paralympics were held behind closed doors due to the COVID-19 pandemic, with athletes required to leave after their competitions to reduce the risk of spreading the virus.