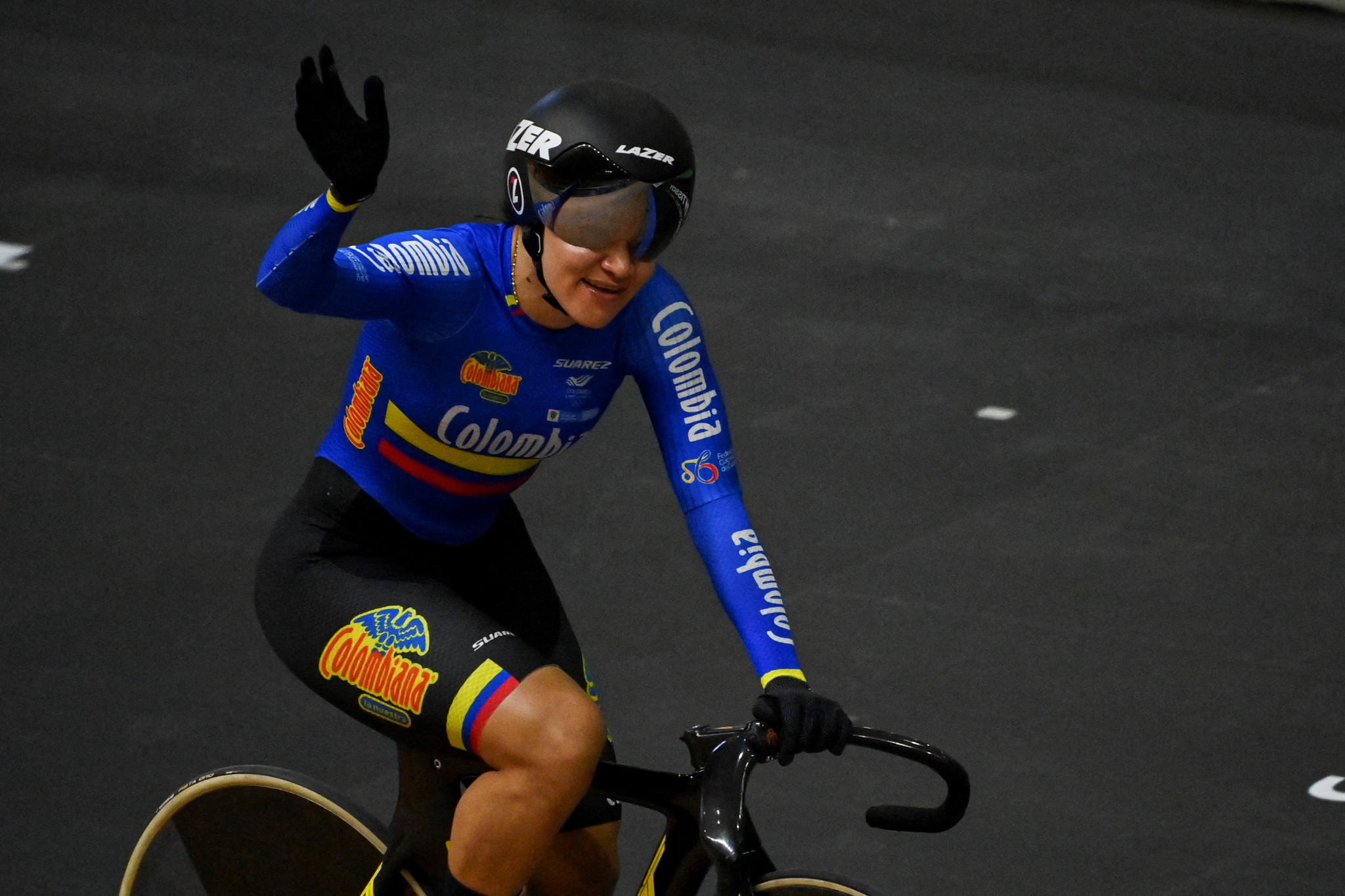 Hosts Colombia added a further gold medal to take their tally to four at the International Cycling Union (UCI) Track Cycling Nations Cup at the Velódromo Alcides Nieto Patiño, while Trinidad and Tobago’s Nicholas Paul clinched his second win of the competition in Cali.

Colombia’s latest success, following two on day one and two on the second day, came courtesy of Martha Bayona Pineda in the women’s 500 metres time trial.

Bayona Pineda’s own second gold of the UCI Track Cycling Nations Cup, following her victory in the women’s sprint yesterday, came in a time of 33.233 seconds.

She was more than a second quicker than France’s Mathilde Gros in second and Poland’s Nikola Sibiak in third.

The Colombian rider tops the World Cup standings for this event after also winning in Saint Petersburg in Russia in July.

In the first race of the day, Daniel Crista secured Romania’s first win in the men’s individual pursuit in 4min 25.712sec, moving top of the overall standings.

He powered home in front of Colombia’s Bryan Steven Gómez Peñaloza, who was forced to settle for silver.

However, the hosts earned another place on the podium as Julian Osorio Henao beat the United States’ John Croom in the bronze medal race.

The men’s madison saw Kenny de Ketele and Tuur Dens pick up Belgium’s first win in Cali as they secured points in all 20 sprints and also lapped the field to finish on 89.

Chile’s Antonio Cabrera Torres and Felipe Peñaloza Yañez were some way back in the bronze medal position on 40 points, while Andrii Hanzin and Mykyta Yakovlev of Ukraine missed out on a podium position by just one point, despite lapping the field.

Ukraine still leads the overall standings as the only country to appear in all three of this year’s UCI Track Cycling Nations Cup events.

In a dramatic finish to the six-lap race, Kevin Santiago Quintero Chavarro was just 0.003 seconds behind in the silver position, with Santiago Ramírez Morales also close by in bronze at just 0.087 seconds back.

Both second and third placed riders represented Colombia, while Canada’s Hugo Barrette just missed out on a medal at 0.107 seconds behind Paul.

Quintero Chavarro leads the season’s standings having featured at Saint Petersburg, while Paul secured Trinidad and Tobago’s third gold in Cali - bettered only by the hosts - after his compatriot Akil Campbell won the men’s elimination yesterday.

The day’s final race was the conclusion to the women’s omnium, which saw Daria Pikulik of Poland top the points race with 31 to clinch gold with 147 points in total.

Pikulik had dominated the action earlier in the day, leading the standings after the scratch, tempo and elimination races before finally bringing home her country’s first gold of the competition, after four silvers in the first two days.

Second place went to Ukraine’s Tetyana Klimchenko with 118 points after a strong performance in the final race, with Lina Marcela Hernández Gómez of Colombia forced into third with 116.

However she was still some way clear of Katrijn de Clercq from Belgium in fourth with 97 points.

Verena Eberhardt is top of the overall World Cup standings after the Austrian’s results at the first leg of the UCI Track Cycling Nations Cup in Hong Kong and the second in Saint Petersburg.

Competition at the final event of the UCI Track Cycling Nations Cup season draws to a close tomorrow, with medals due to be decided in the women’s madison and keirin and the men’s sprint and omnium.