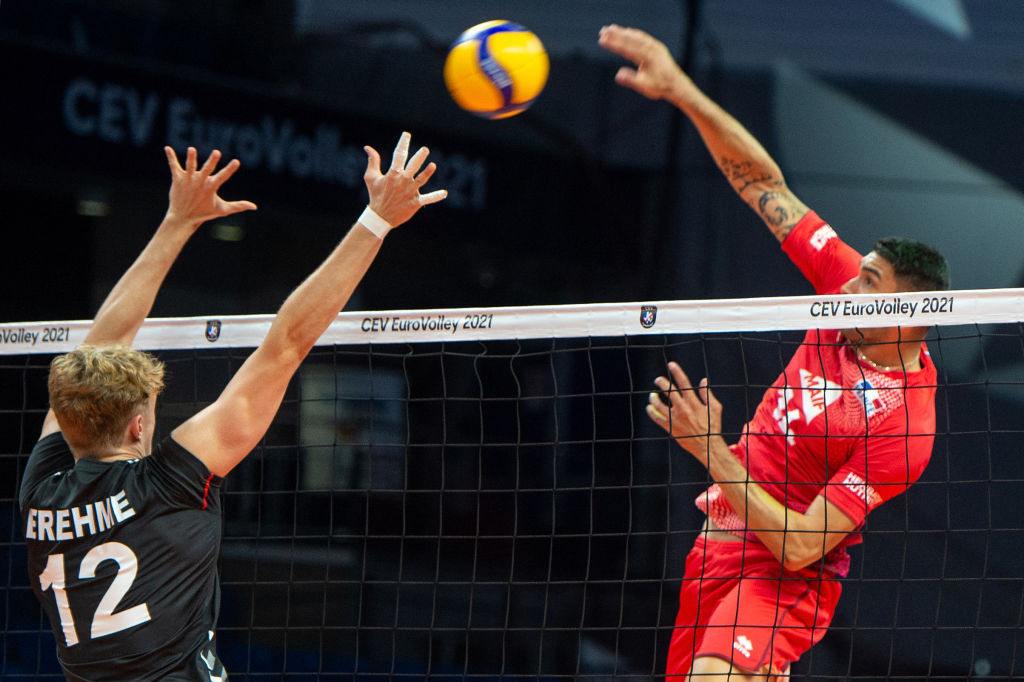 Olympic champions France progressed to the last 16 of the Men's EuroVolley with a 100 per cent record as the group stage of the tournament concluded today.

A comfortable 25-18, 25-17, 25-19 victory over Estonia at Saku Suurhall in Tallinn made it five wins from five for France, whose team features three of the players who claimed Olympic glory in the Japanese capital.

France's reward for taking first place in the pool is a last-16 meeting with the Czech Republic, who finished fourth in Pool B.

Reigning world champions Poland also breezed into the knockout phase of the competition unbeaten, winning all five of their Pool A matches on home soil at Tauron Arena in Kraków.

👀Did you see that #EuroVolleyM action?
Team 🇪🇪 are giving it all against the Olympic champions 🇫🇷 ⤵️

Their next opponents will be Finland, who claimed the last available place in the last 16 in Pool C by finishing fourth.

Defending champions Serbia, who failed to qualify for the Tokyo 2020 Olympics, are also through after they were second in the group behind Poland.

Serbia's only defeat was to their Polish rivals on the third matchday and they ended the first phase of the competition by beating Greece in five sets.

Serbia will take on Turkey for a place in the quarter-finals.

The Netherlands edged out Russia into top spot in Pool C and will face Portugal, while the Russians will entertain Ukraine.

In the other last 16 matches, Pool B winners Italy play Latvia, Germany go up against Bulgaria and Slovenia clash with Croatia.

The knockout round is due to start on Saturday (September 11).