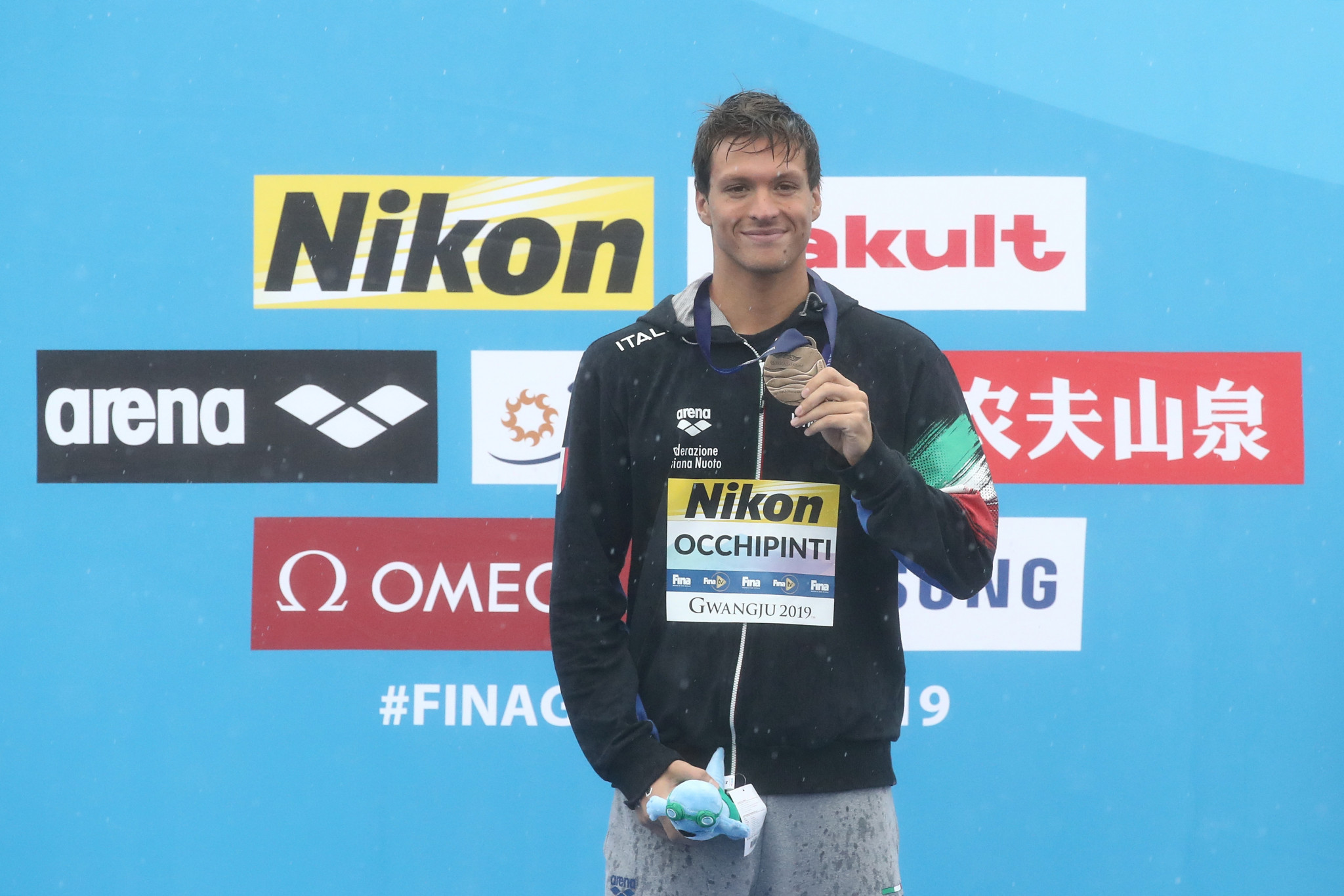 This race was the second leg of the UltraMarathon Swim Series and covered 36 kilometres, after the first event at Lake Ohrid in North Macedonia last month was held over 25km.

Jouisse went one better than her performance in the first leg as she won by more than two minutes in a time of 6hrs 32min 20.6sec.

Pila Geijo was the next closest challenger for the podium, but could not build on her bronze at Lake Ohrid as she finished fourth in 7:21:36.4.

None of the men’s medallists in North Macedonia could match their feats in this longer race, which was won by Occhipinti in 6:32:20.6.

Marcel Schouten of The Netherlands and Italy’s Simone Ruffini had a close battle for second, with the Dutch swimmer 10.9 seconds quicker as he finished in 6:34:33.4.

The winner of the last race in the series - Axel Reymon of France - was fifth in 6:36:40.4, while runner-up Edoardo Stochino of Italy came 10th and North Macedonia’s Evgenij Pop Acev finished sixth.

The third and final meet of the 2021 series is due to be held in Rosario in Argentina on November 21.