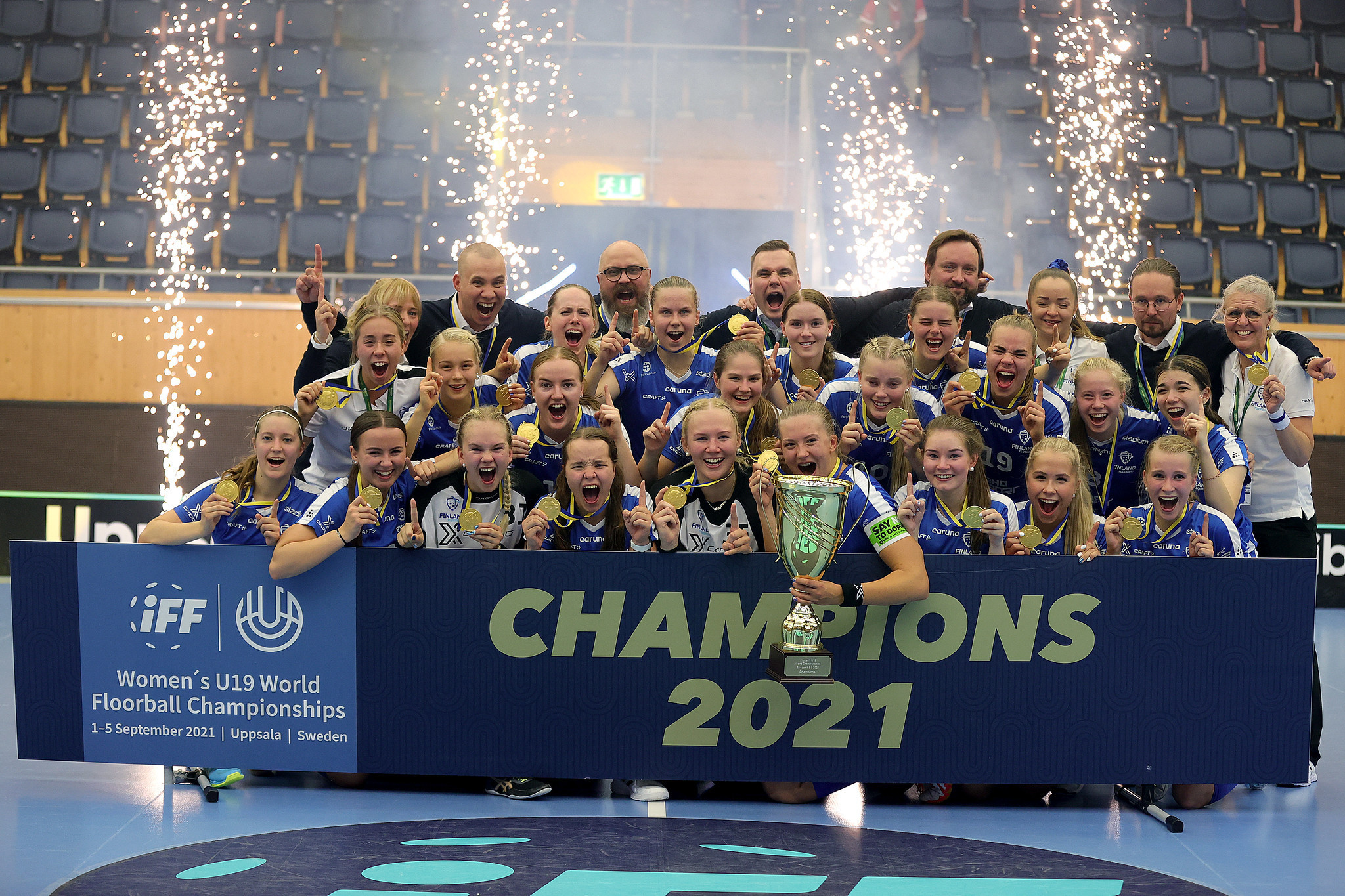 Finland has ended a streak of Swedish dominance in the International Floorball Federation (IFF) Women's Under-19 World Floorball Championship in Uppsala in Sweden.

The Finns had previously lost six finals to Sweden in the tournament, dating back to 2004, but Suvi Hämäläinen's sudden death strike secured a historic 5-4 for the underdogs.

The score went back-and-forth in a cat and mouse game as Finland kept taking a one goal lead before being pegged back shortly after.

After the Swedes equalised for a fourth time with 56:44 on the clock through Philippa Blom, an unbearably tense six minutes of overtime then unfolded before Hämäläinen smashed in the winner, leaving the 300-strong crowd in disbelief.

Finland win the Women’s U19 WFC gold in Uppsala, Sweden. They beat the host @svenskinnebandy in the final 5-4 after overtime. This is the second time that @Salibandyfi won gold at U19 WFC. 🥉 goes to @ceskyflorbal. #floorball #u19wfc #ItsAllAboutUhttps://t.co/nO4xZNrxPq

It is the country's second title in its history following a 2012 win over Switzerland.

Earlier in the day, Czech Republic beat the Swiss 6-2 in the bronze medal match.

The Czechs started with a high intensity, high pressing and offensive approach but were not able to beat Svenja Schoni in goal.

However, Pavlína Bačová finally opened the scoring for her side and the floodgates then opened as, after a goalless first period, the team scored three in both of the remaining thirds.

Germany also beat Russia 4-3 in the 8th place match in the first contest of the day.

The next edition of the IFF Women's Under-19 World Floorball Championships is set to take place from May 4 to 8 2022 in Wellington in New Zealand.