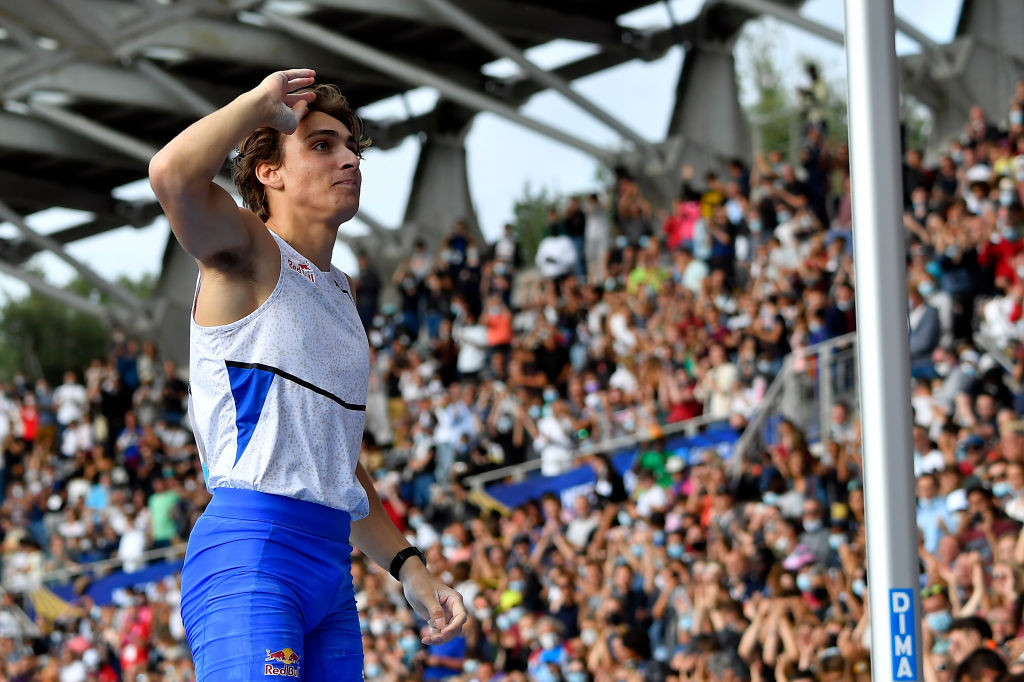 Mondo Duplantis and Sifan Hassan, of whom world records are nowadays expected almost as a default, will be in the field at Brussels tomorrow night in the last Wanda Diamond League meeting of the season before the Final in Zurich from September 8 to 9 – and either of them could indeed deliver.

After suffering a rare defeat in Lausanne last Thursday, Duplantis returned to winning ways in the Paris Diamond League meeting on Saturday, clearing 6.01 metres and – for the ninth time this year – having a good go at raising his own world record by a centimetre to 6.19m.

The 21-year-old Swede, who is based in the United States, is not far off, and he might yet clear that mark this season.

In Brussels, his own 6.00m meeting record looks the most likely mark to be broken as he takes on a field that includes US vaulters Chris Nilsen, who took Olympic silver behind him, and KC Lightfoot, who has cleared 6.00m indoors this year and finished fourth in Tokyo.

Also in the mix will be Ernest Obiena of the Philippines, who improved his national record to 5.91m when finishing second to Duplantis in Paris.

Tomorrow, the double Olympic 5,000 and 10,000 metres champion will step down in distance to the mile - an event in which she also holds the world record at 4min 12.33sec, which she clocked in Monaco two years ago.

Although Hassan, who had shot for an Olympic treble in Tokyo - had to settle for bronze in the 1500m, at which she is also currently world champion, she has hardly hung about in her races over that distance this year, having clocked 3:53.63 in Florence and 3:53.60 in Monaco.

That said, the 28-year-old Dutch phenomenon looked distinctly tired and human as her world 5,000m record attempt in Eugene last month saw her finish well off the pace, and – as with Duplantis – the most likely record to be broken may be the meeting record of 4:16.71, set in 2015 by Kenya’s two-time Olympic champion Faith Kipyegon.

Sha’Carri Richardson of the United States, who lost the chance of taking up her place at the Tokyo Olympics after testing positive for cannabis at the US Trials, finished a distant last in her return to post-Tokyo 2020 action over 100 metres at the Eugene Diamond League and will be seeking a more upbeat performance over 200 metres tomorrow.

Among her opponents will be Britain’s world 200m champion Dina Asher-Smith, whose serious hamstring injury earlier this season prevented her from running in this event at the Olympics, although she did earn a 4x100m relay bronze.

Asher-Smith looked in good order as she finished third in Paris in 11.06sec behind Olympic champion Elaine Thompson-Herah, who won in 10.72, and her Jamaican compatriot Shericka Jackson, the Tokyo silver medallist, who clocked 10.97.

Jackson will also be in the 200m field tomorrow.

Also in the field will be Burundi’s Francine Niyonsaba, the Rio 2016 800m silver medallist now racing at longer distances in line with the World Athletics ruling on female athletes with naturally elevated testosterone levels.

Both Niyonsaba, who produced an impressive, front-running victory over 3,000m in Paris, moving to fifth on the all-time list with a time of 8min 19.08sec, and second place finisher Ejgayehu Taye of Ethiopia, whose 8:19.52 put her sixth on the all-time ranking, both run in Brussels.

The women’s high jump looks likely to be one of the most closely contested events, containing all three Olympic medallists and home athlete Nafi Thiam, who retained her heptathlon title in Tokyo.

They will be joined by bronze medallist Yaroslava Mahuchikh of Ukraine, who has a best of 2.04 metres.