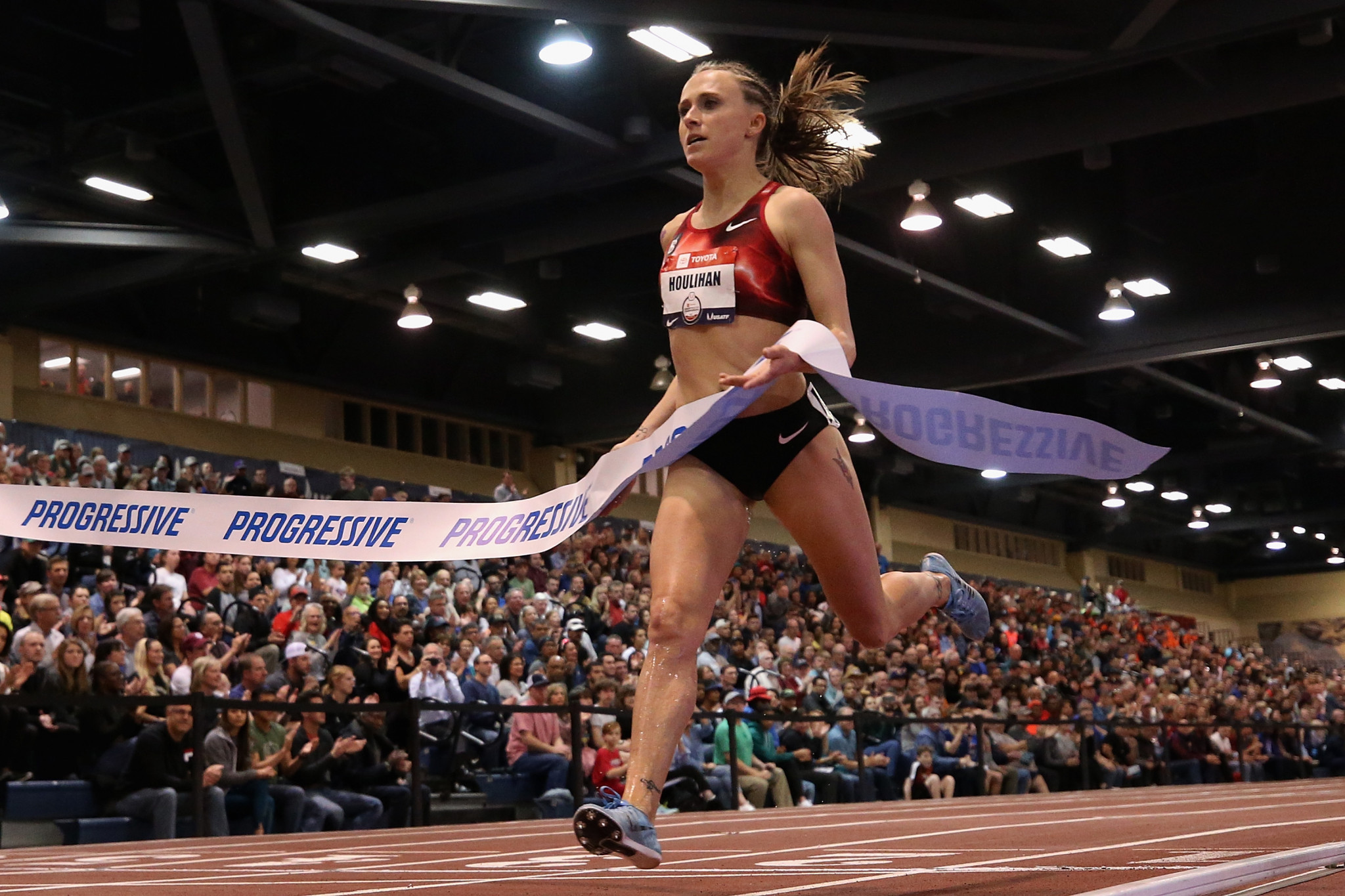 The Court of Arbitration for Sport (CAS) has released its full decision following the four-year ban handed to American runner Shelby Houlihan, which says her explanation "presupposes a cascade of factual and scientific improbabilities".

Houlihan, the United States record holder in the women's 1500 and 5,000 metres, missed the 2020 Olympic Games in Tokyo after she tested positive for nandrolone in December.

She blamed contaminated meat from a pork burrito she had eaten, but the CAS said she did not adequately establish the source of the nandrolone metabolite in her sample.

The 28-year-old received her four-year sanction from the Athletics Integrity Unit (AIU), and this was upheld after an appeal to the CAS in June.

In its full decision, the CAS said Houlihan had argued that her positive test came as she had eaten pork meat from an uncastrated boar.

She also claimed it was possible that she was mistakenly handed the wrong burrito by a member of staff at the food truck, as she actually ordered beef.

Houlihan said she was handed an unlabelled burrito wrapped in foil and that service was quicker than normal.

The athlete only ate around three quarters of it, despite having had a small lunch, as it was "uncharacteristically greasy" and different to the beef burritos she had ordered from the truck in the past.

CAS's panel said it was possible that she was handed the wrong burrito.

But it said the uncastrated boar explanation "simply cannot be accepted".

"The explanation presupposes a cascade of factual and scientific improbabilities, which means that its composite probability is [very] close to zero," the full decision says.

It said uncastrated boar was not the normal pork product sold by the food truck and that Houlihan allegedly ate pork stomach - which does not contain elevated androgen levels.

The boar in question would need to have been among a "small minority" with raised levels of androgen, CAS said, which would be abnormal for six-month old pigs - the age they are normally slaughtered commercially in the US.

In addition, CAS said the concentration of nandrolone in Houlihan's sample was two to three times higher than values reported in scientific literature with regards to "much more significant quantities" of mature uncastrated boar.

It added that the sample was "fundamentally inconsistent with the largely corn-based diet of commercial pigs in the US" and that the chance of an uncastrated boar ending up in the supply chain was "far less" than one in 10,000.

"As a result of her failure to establish the origin of the 19-NA in her system, the athlete cannot benefit from a plea of no significant fault or negligence," CAS said.

Speaking after the CAS had rejected her appeal, she said: "I did everything I could to prove my innocence.

"I passed a polygraph test, I had my hair sampled by one of the world's foremost toxicologists.

"The World Anti-Doping Agency agreed that test proved that there was no build up of this substance in my body, which there would have been if I were taking it regularly.

"Nothing moved the lab from their initial snap decision, instead they simply concluded that I was a cheater and that a steroid was ingested orally, but not regularly.

"I believe my explanation fits the facts much better - because it's true."

CAS said that "neither the hair analysis nor the polygraph results are sufficient for the athlete to rebut the presumption that the ADRV was intentional".

Houlihan had reportedly said that she had never heard of nandrolone until she opened AIU documents and found out she had tested positive.

The CAS full decision can be read here.