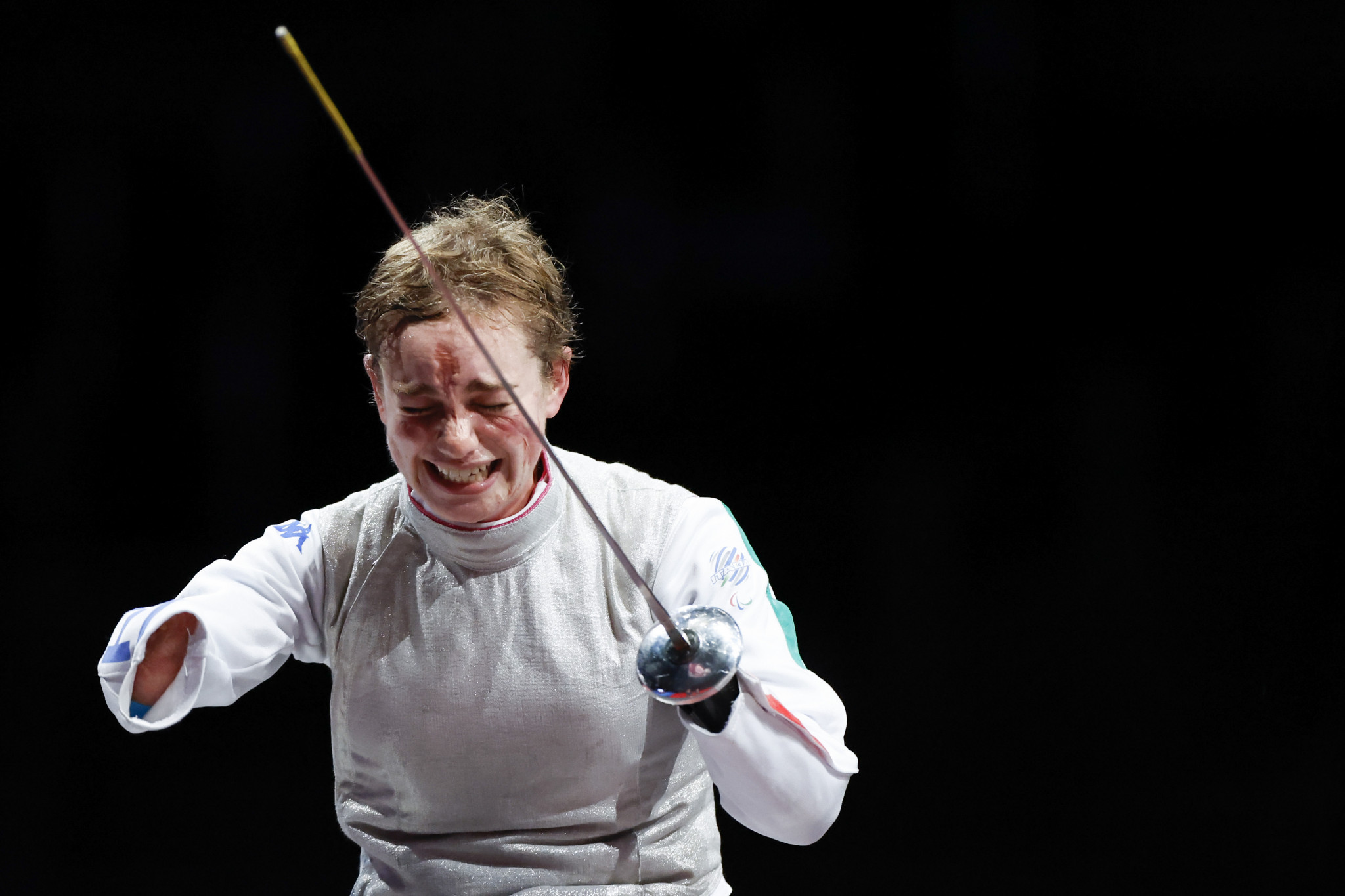 Vio came into the event as the 2017 and 2019 world champion and underlined her status as favourite by winning six bouts in the pool phase.

Her path to the final was secured by a 15-6 quarter-final win over Georgia’s Irma Khetsuriani, followed by a dominant 15-4 semi-final win over the Russian Paralympic Committee’s (RPC) Ludmila Vasileva.

The final would be a repeat of the Rio 2016 Paralympics, as Zhou Jingjing won an all-Chinese last-four tie 15-4 against Xiao Rong.

Vio, who was among the athletes profiled in the Netflix documentary Rising Phoenix, started strongly in the final by taking a 7-2 lead.

The Italian came under pressure from Zhou, but ultimately sealed a 15-9 victory.

"I'm so happy, I've been dreaming about this second gold for so long," Vio said.

"It was such a tough year because so many things happened and so many painful situations, so I'm so happy right now and glad to have the best team ever by my side.

"Because without them I would have never got this gold here.

"I had a big problem two months ago, I just went out from the hospital two months ago because of an injury and so we've been training only in the last two months.

"We didn't believe that this was possible, that's why I'm crying so much, it is really great."

Gu Haiyan triumphed in the in the women’s individual foil category A final.

The Chinese fencer pulled away from Ukrainian rival Nataliia Morkvych during the bout to earn a 15-8 victory, securing her first Paralympic gold medal.

Rong Jing battled to the bronze medal in a tight contest with Hungary’s Eva Hajmasi.

An all-Chinese individual foil category B final had little separating Feng Yanke and Hu Daoliang, with neither fencer able to build an advantage.

Hu appeared poised to win gold after setting up match point, only for Feng to claim the final two points to snatch a 15-14 victory.

Sun Gang topped the podium in the category A event, after fending off the challenge of Hungary’s Richard Osvath.

Osvath was unable to battle back into the contest after Sun stormed into a 6-0 lead in the early stages.

China’s Sun clinched gold by a 15-7 margin, with Osvath left settling for silver for a second successive Paralympics.