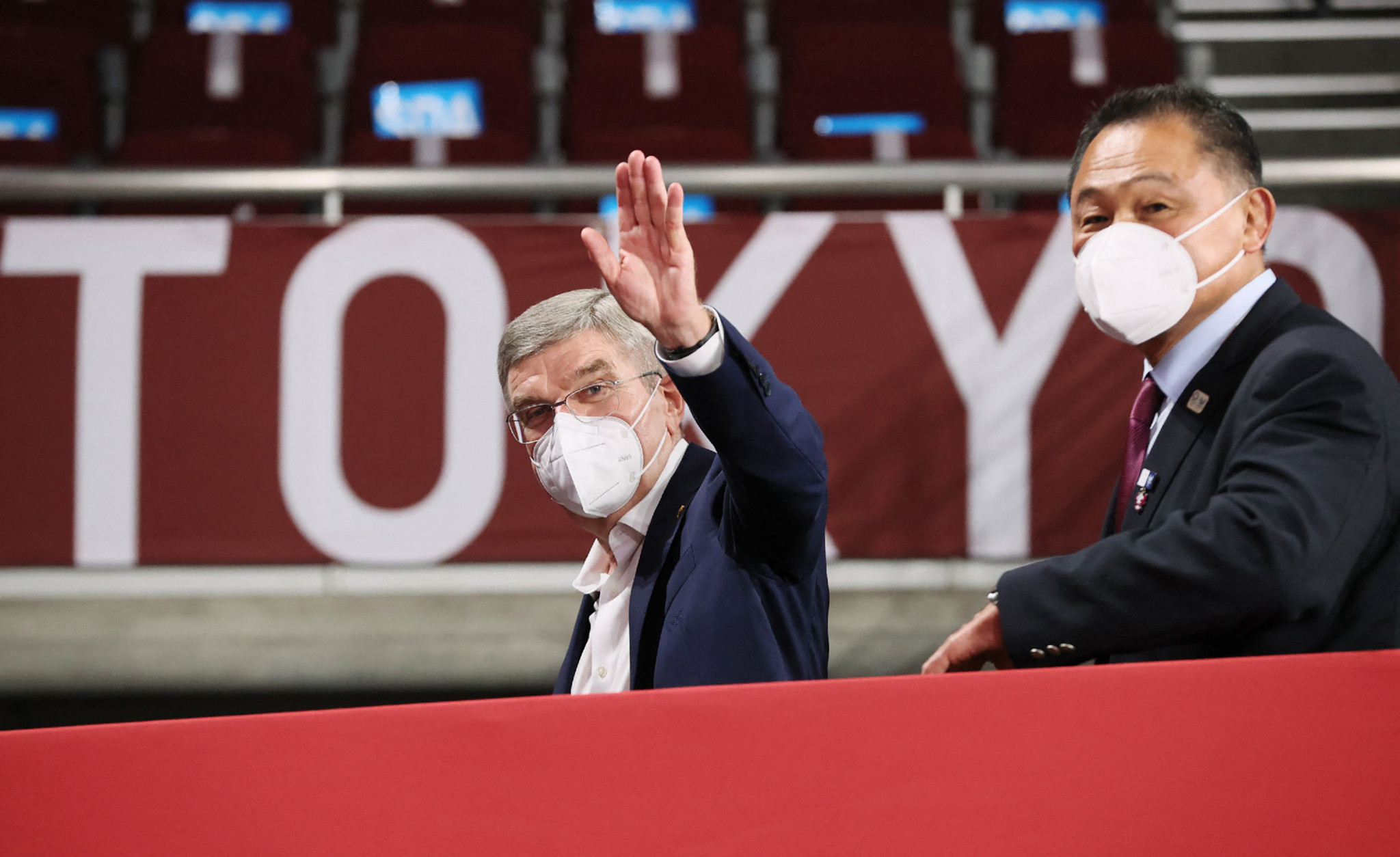 Craig Spence, spokesperson for the IPC, believes Bach’s visit "underlines his commitment" to the Paralympic Movement, claiming the relationship between the two organisations had "never been better".

Bach departed last night after spending three days in Tokyo where he attended the Opening Ceremony on Tuesday (August 24).

He was also invited to present swimming medals at the Aquatics Centre, but his presence in Tokyo has been criticised.

Shigeru Omi, an infectious disease expert who chairs the Government's subcommittee on the response to coronavirus, suggested Bach’s visit lacked "common sense" considering the rising coronavirus cases in the capital.

He said he felt Bach could have stayed at home and watched online.

But Spence stressed the importance of the German official being able to see Paralympic sport in person.

"From an IPC point of view, it was great to have him here on our invitation," said Spence.

"As you know the IPC and the IOC have a very good relationship.

"We signed a long-term agreement at the Pyeongchang 2018 Games.

"His activity plan had been authorised by the Japanese Government.

"I know there had been some questions regarding that.

"Yesterday, he had a really busy.

"It was great that he was out and about and saw Paralympic sport first time.

"It is really important that people experience Paralympic sport and the Games in person.

"That’s when you get the true exposure of the joy of these Games."

Spence said Bach was warmly welcomed by athletes and adhered to coronavirus countermeasures including wearing a mask and practicing social distancing.

"The Paralympic Games would not be the size and scale it is today if it wasn’t for the relationship we had with the IOC," said Spence.

"The diversity of sport that he went to see was very good and underlines his commitment and to the IPC and the Paralympic Movement.

"I think he has described the athletes as role models of society in his close words.

"We were happy to welcome President Bach and will welcome him to future Games as well."

Spence said that the coronavirus pandemic had brought the IPC and IOC "closer together".

"The relationship has never been better between the two organisations," said Spence.

Masa Takaya, spokesperson for Tokyo 2020, added: "President Bach is supporting the Paralympic Movement and the IPC and to show the support he came to Japan.

"As is with tradition with the Paralympic Games, he joined the Opening Ceremony.

"To come to Japan he had strict infection controls and his actions and activities were appropriate.

"He has already left Japan."

Tokyo has been under a state of emergency since July 12 but coronavirus cases continue to rise, with 4,228 reported yesterday.

A total of 24,321 new infections were also registered nationwide as Japan battles with its largest wave of cases since the pandemic started last year.

Bach attracted attention on social media when he was spotted walking around the Ginza district of Tokyo a day after the Closing Ceremony of the Olympics on August 8.

Under the rules in the Tokyo 2020 playbooks, athletes were not allowed to go sightseeing or undertake tourist activities, while officials were restricted in terms of their activities for the first 14 days of their stay, as they could only do what was contained in their activity plans.

Residents in the capital are being urged to avoid non-essential outings due to the coronavirus situation in Japan.