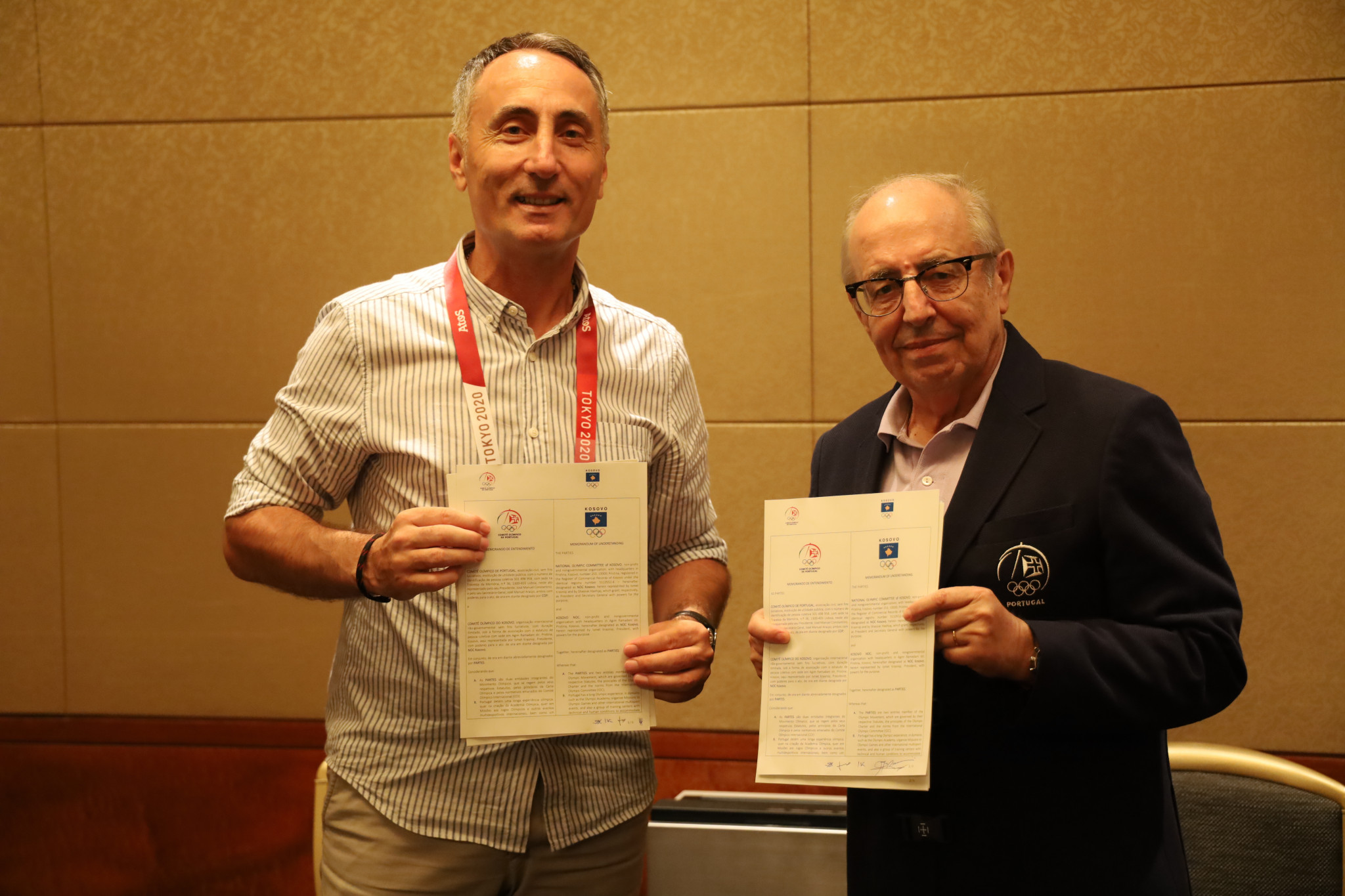 The agreement will allow Kosovan athletes, coaches and management to access training centres in Portugal as well as the possibility of the Iberian country to act as a training hub for Kosovo's preparations for the Paris 2024 Olympic Games.

Portuguese athletes will also be allowed to train in Kosovan facilities and will be given logistical and technical support for any upcoming sporting events in Kosovo.

The memorandum was signed by the leaders of the two Olympic Committees.

Krasniqi praised the memorandum, saying that "they will receive the best experiences from the Portugal NOC, cooperating closely in various projects."

Pedro Pichardo won the country's only gold in the men's triple jump while Patrícia Mamona took home silver in the women's event.

Jorge Fonseca earned a bronze medal in the men's under-100kg judo competition and Fernando Pimenta achieved the same feat in canoeing as he finished third in the men's K-1 1000m.