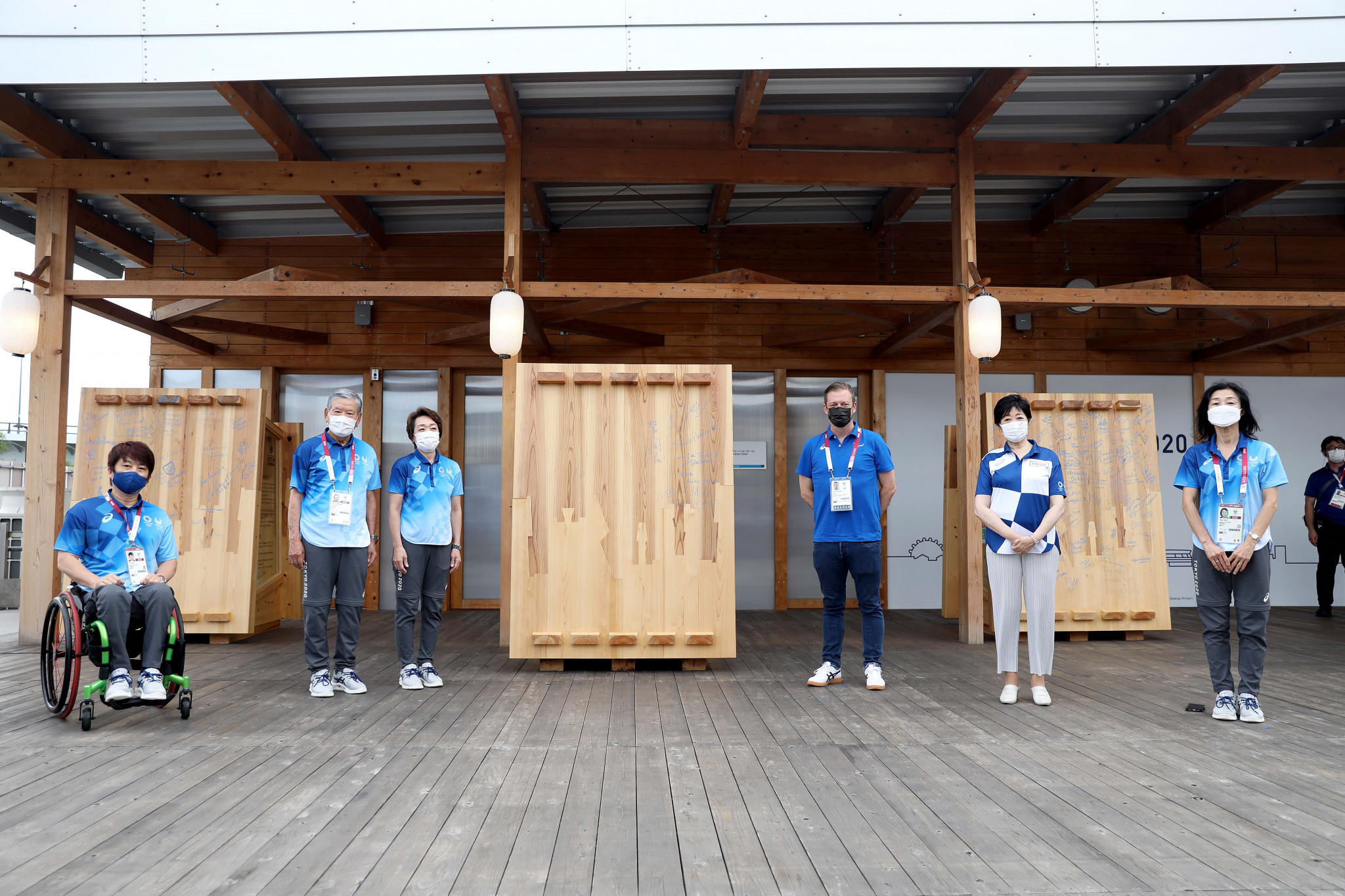 The Tokyo 2020 Paralympic Mural was unveiled during a ceremony at the Athletes’ Village here, at which organisers of the Games pledged to help promote a society where there is no discrimination against people with impairments.

Athletes and others involved in the Paralympics will be able to sign the Mural in order to show their support for the United Nations (UN) Convention on the Rights of People with Disabilities and the UN’s Sustainable Development Goals.

The Mural is set to be on display until the day the Paralympic Village closes on September 5, before being exhibited and stored at Tokyo Metropolitan Government facilities.

Parsons believes the mural will showcase the Tokyo 2020 motto "Unity in Diversity".

"Paralympic athletes of all nations, all genders, all ages, all religions, and all impairments will come together and show their support for how the Tokyo 2020 Paralympic Games will change society forever," said Parsons.

"That is why at the IPC we truly believe change starts with sport."

The Mural was made using a traditional Japanese construction method called "tsugite", in which different pieces of wood, each with a unique shape, are combined and connected.

They aim to serve as a reminder of the importance of "celebrating diversity, connecting people, and bringing harmony", according to Tokyo 2020.

"There are no differences in nationality, gender or impairments," said Kawabuchi.

"I believe that if we can create this Paralympic Village where everyone accepts and respects each other's differences and individuality as a matter of course, the world will change in the same way.

"And I also believe that the signs of support and statements of the Paralympians gathering here, along with the Paralympic Murals, will be a message that will surely reach the 1.2 billion people with impairments around the world."

Hashimoto added: "Diversity and inclusion is the affirmation and acceptance of differences in race, skin colour, gender, sexual orientation, language, religion, politics and impairment, and the ability of everyone to play an active role leveraging their strengths.

"With this belief in mind, through the best performances of the Paralympic athletes, we want to prove to the world that we can all shine, no matter our adversity or our differences."

Koike reckons the performances of athletes at Tokyo 2020 will deliver "courage and hope to the people of the world".

"Taking the opportunity provided by hosting the Games, Tokyo established an ordinance aiming to realise the principle of respecting and protecting human rights," said Koike.

"We are also actively promoting the appeal of Para sports to build a city and society that is liveable and kind to everyone."