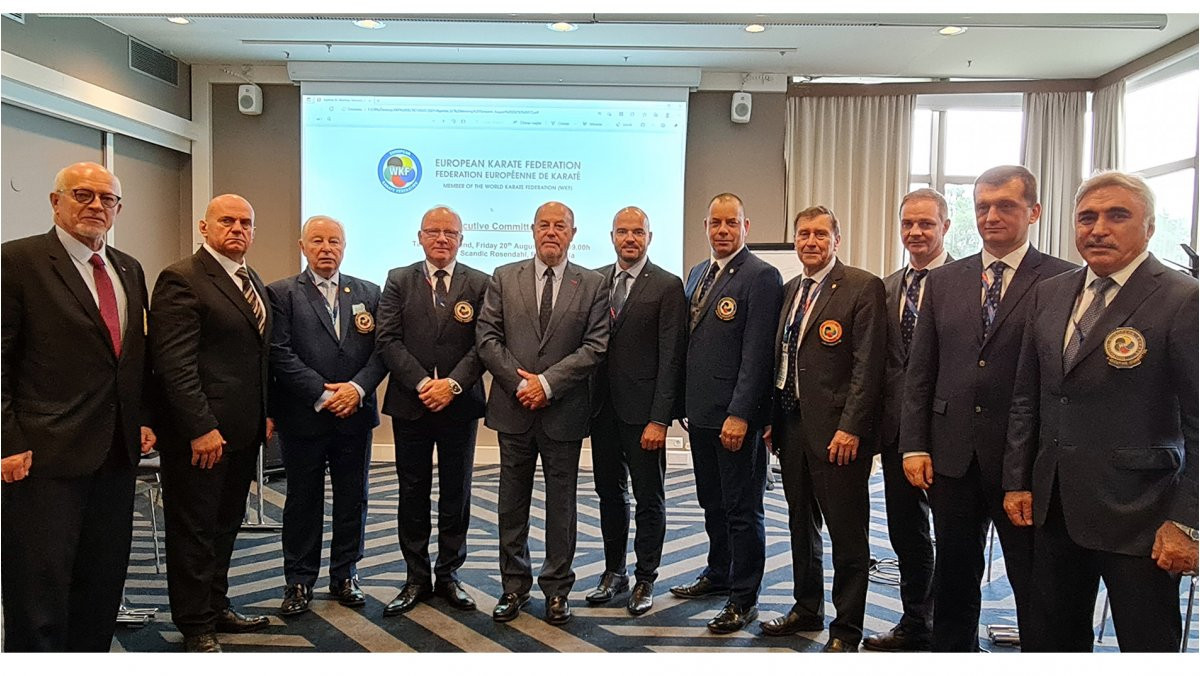 The newly formed executive committee of the European Karate Federation (EKF) met for the first time after its election in May to discuss the progress of karate in the continent.

The gathering was held in Tampere in Finland as the 2021 EKF Cadet, Junior and Under-21 Championships began at Tampere’s Ice Stadium.

After the sport made its debut at Tokyo 2020, with European athletes winning 17 medals, the future of European karate centred the discussions, including evaluating upcoming continental events - the 2022 Senior Championships in Turkey and the 2022 Youth Championships in the Czech Republic, were also evaluated.

EKF and World Karate Federation President Antonio Espinós said: "The strength of Karate in Europe has been demonstrated many times over, and the excellent results at the Olympic Games only come to attest that.

"Now it is the time for European Karate to use this success as a stepping stone for the future progress of the sport in the continent.

"I am sure that with the collaboration of the National Federations and the hard work of the new members of the EKF Executive Committee we will achieve this goal."

Karate has not included in the programme of events for the Paris 2024 Olympics and will almost certainly not feature at the Games.

Paris 2024 President Tony Estanguet said he "preferred sports which are a hit on social networks and which young people watch," per franceinfo.

The Organsing Committee said in a statement "the programme of events for the 2024 Paris Games is final and cannot be changed."

French politicians, French Karate Federation (FFK) President Francis Didier and Steven Da Costa, a gold medallist for France at Tokyo 2020, had all called on the Organising Committee to ensure karate features at the Games.