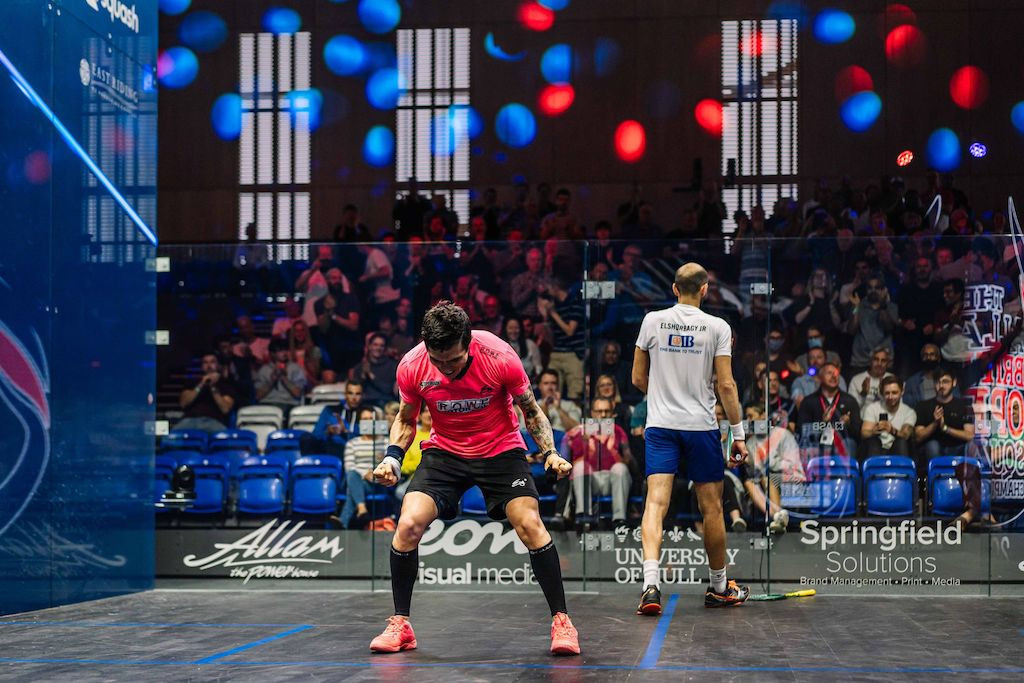 Fourth seed and world number five Marwan ElShorbagy of Egypt was the biggest casualty from the men’s quarter-finals at the British Open squash in Hull, with the top three seeds all securing their semi-final berths.

ElShorbagy twice led against Colombia’s Miguel Rodriguez, the world number 11, but his opponent hit back to clinch the five-game contest.

Rodriguez commented afterwards: "This tournament really motivates me and I’m over the moon.

"This is a special court for me and I gave everything again, I had a tough battle two days ago and thank god I had a day off yesterday.

"For me this tournament is special and the equation is happening again, so I’m just going to enjoy the day."

Rodriguez will face the top seed, world number two and current world champion Ali Farag of Egypt, after he had to twice come from behind to defeat eighth seed and compatriot Mostafa Asal 9-11, 11-0, 7-11, 12-10, 11-8.

In the bottom half of the draw, world number one Mohamed ElShorbagy also had to go the distance to keep his search for a fourth British Open title on track, overcoming Youssef Soliman 11-4, 7-11, 11-7, 10-12, 11-7 in an all-Egyptian clash.

ElShorbagy will face third seed Paul Coll of New Zealand in the semi-finals, as he recorded an impressive straight-games victory over Peru’s Diego Elías.

The women’s semi-finals will be contested by four of the world’s top six after they triumphed in their quarter-finals today.

El Sherbini will face the sixth seed and world number five Amanda Sobhy of the United States for a place in the final.

Sobhy had taken an 11-7, 12-10 lead when her Egyptian opponent Rowan Elaraby was forced to retire with an injury.

The defending champion and world number two Nouran Gohar of Egypt came through a tough-looking tie with England’s fifth seed Sarah-Jane Perry as an 11-9, 11-2, 11-13, 13-11 winner.

Gohar said afterwards that she was pleased with how the match panned out.

"I was pretty happy with the way I dealt with the fourth game even though for the whole game I was down, I went for my shots and maybe she plays good shots, but I can as well.

"I’m happy with the mental side of it more than anything else."

The men’s and women’s semi-finals are due to take place tomorrow, with the finals on Sunday (August 22).