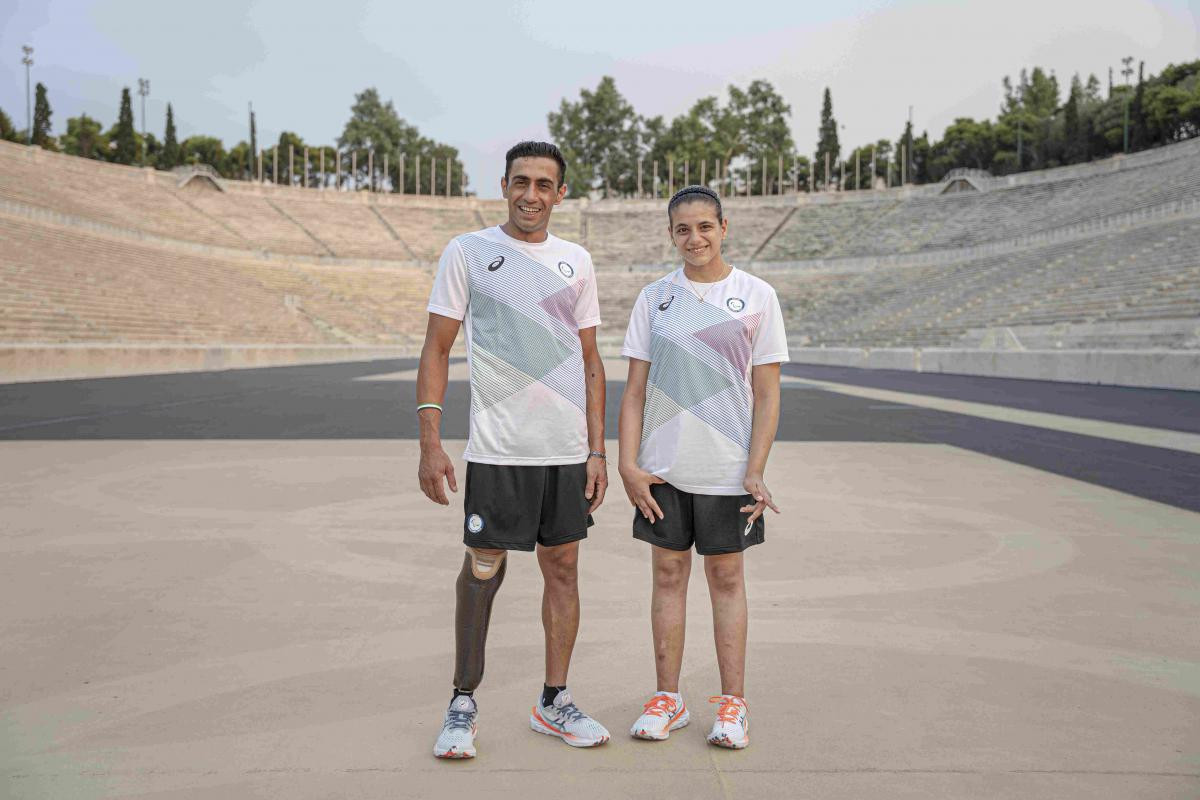 Sportswear company ASICS has designed an origami-themed kit for the six athletes of the Refugee Paralympic Team (RPT), unveiling it in the days before the start of the Tokyo 2020 Paralympic Games here.

ASICS is the official supplier of the International Paralympic Committee (IPC) and official sport apparel provider of the RPT.

Issa is the youngest member of the team and the first female RPT Paralympian, while Al Hussein joins the team following a bomb blast in his home nation that caused him to lose his leg.

They were photographed by Yorgos Kyvernitis, who is notable for his work during the refugee crisis in Greece in 2015.

The backdrop for the photoshoot was the ancient Panathenaic Olympic Stadium.

A traditional art form in Japan, origami is the art of paper folding into different shapes.

The kit features a series of colourful lines alongside the IPC’s red, blue and green Agitos symbol for the Paralympic Movement.

The RPT will be the first team to march in the Athlete Parade at the Opening Ceremony of the Games on Tuesday (August 24).

"It is an awesome feeling to be wearing the colours of this team," said Al Hussein.

"Well actually we’re not a team, we’re a family and we all feel a kinship to one another.

"Getting on that medal rostrum will be tough but us being in Tokyo is a victory for the 82 million displaced people around the world just like us who have had to flee their homes."

Al Hussein is to compete in the men's 100 metres breaststroke and 50m freestyle events.

"It’s a dream come true for me to don this uniform," added Issa.

"When other female refugees see me at the National Stadium in Tokyo, I want them to see there is hope."

This will be the first Refugee Paralympic Team at a Paralympic Games after plans were drawn to form a squad in October last year.