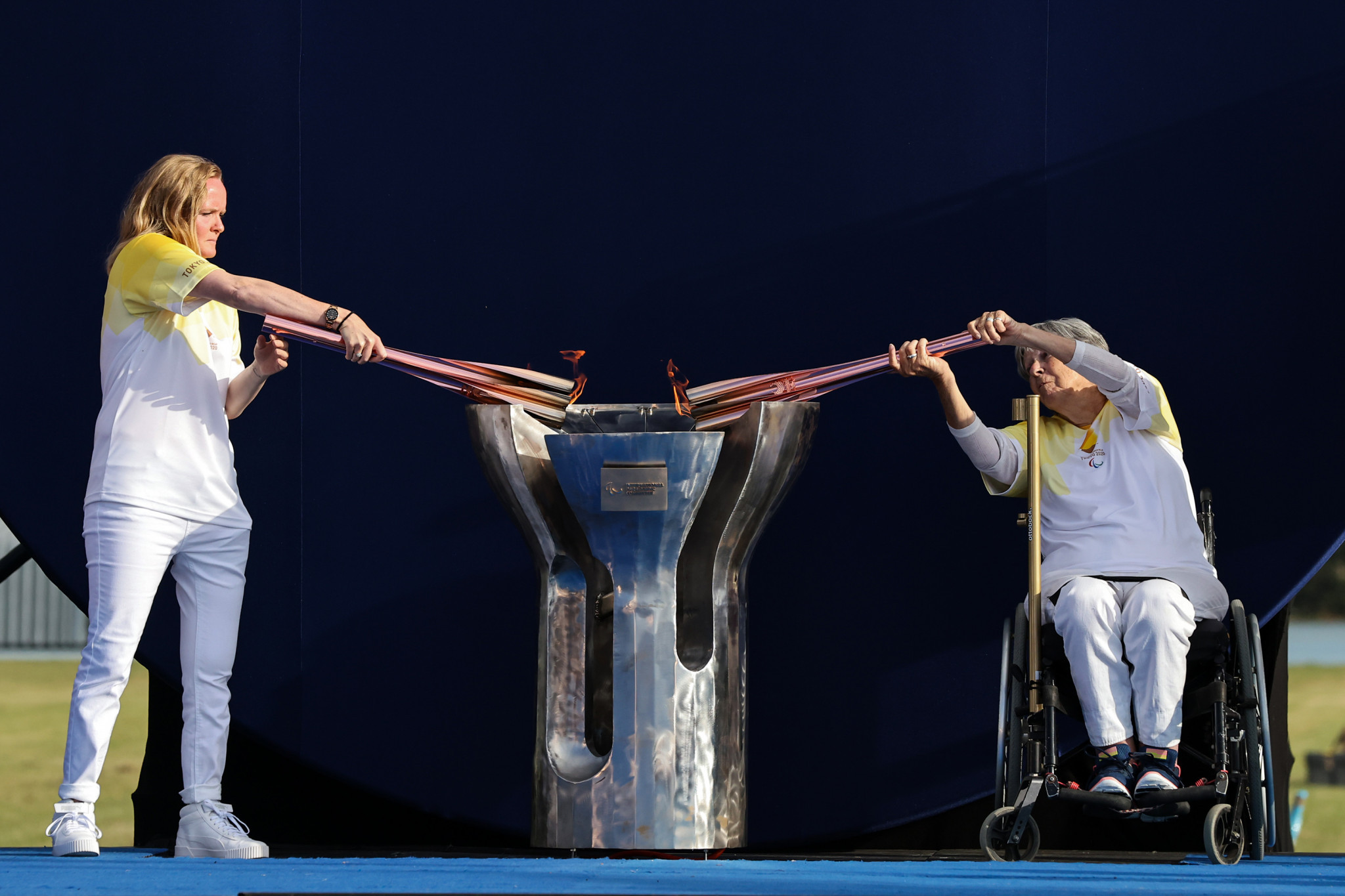 A Flame for the Tokyo 2020 Paralympics has been ignited in the English village of Stoke Mandeville as part of a special ceremony in the build-up to the Games.

As a result of COVID-19 precautions, it was scaled down and held only in the presence of invited guests.

It commemorated the origins of the Paralympic Movement in Stoke Mandeville where "paraplegic" Games were first held in 1948.

They had been founded by Sir Ludwig Guttmann, a neurosurgeon and specialist in spinal injuries who had established a special unit for treatment of the injuries at the local hospital.

The Paralympic Heritage Flame Lighting Ceremony was held in bright sunlight as multi coloured banners made by local families were slowly trooped into the arena by the "Aces", a Wheelchair basketball club which trains in Stoke Mandeville.

As fireworks crackled above, a troop of Para cheerleaders gave an acrobatic display before the Torchbearers made their entrance escorted by members of Disability Shooting Great Britain.

The Flame was lit in a special Cauldron bearing the symbol of the Paralympic Games.

Then the gathering heard the words of Japanese writer Haruki Murakami: "When you come out of the storm, you won’t be the same person who walked in. That’s what this storm is all about."

The Stoke Mandeville Flame has been a regular part of the Paralympic ritual since 2012.

It will be flown to Japan where it will be joined with Flames lit in all 47 Japanese Prefectures before the Cauldron is lit at the Opening Ceremony on Tuesday (August 24).

As at the Olympics, spectators will not be permitted to attend events during the Paralympics.

"The energy you get from a crowd is remarkable," 2012 Paralympian footballer Dave Clarke told Channel Four News in London.

"London was very much a turning point. To have full stadiums was quite a remarkable thing, a real transformative thing that the Paralympic Movement has taken forward, but I think that we all realise that it is a reality of the post COVID era, that this is the position we are in," Clarke said.

"It would have been very easy to say let’s wait until we can do it with crowds but I think it is incredibly brave and important that this event goes ahead.

"The pandemic has been a challenging time for disabled people across the globe.

"I am so thrilled and grateful to the Japanese for carrying on with the Paralympics."

It has emerged that two competitors from Afghanistan will be unable to attend the Games.

"Normally the Games are something that can cut through a whole variety of elements and crises in life and it is really sad that those two athletes won’t be with us in the Games in Tokyo."