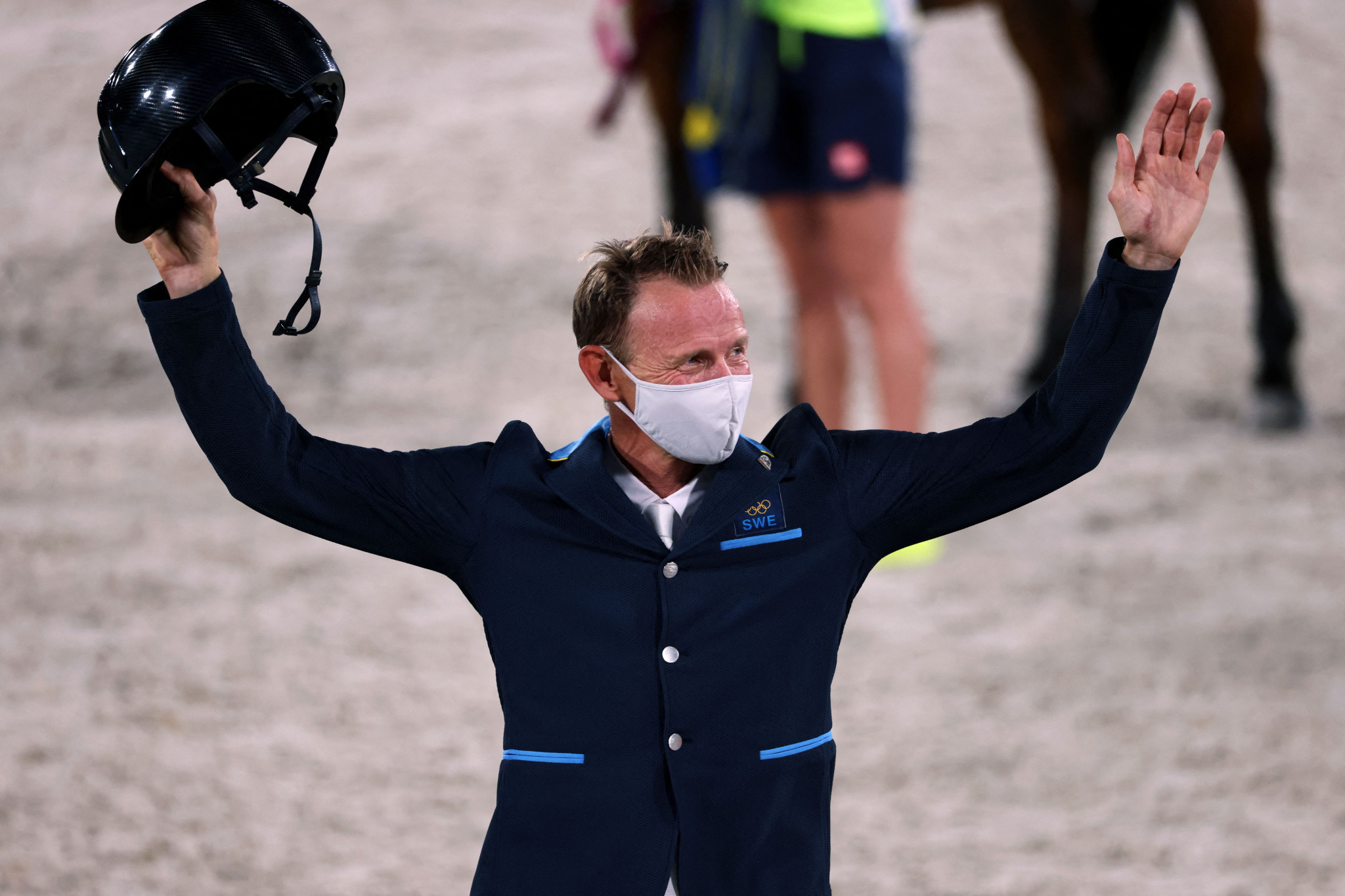 Peder Fredricson secured a second Global Champions Tour (GCT) Grand Prix win of the season in London to return to the top of the standings - and build on an impressive showing at the Tokyo 2020 Olympics.

The Swede, riding Catch Me Not S, was one of six riders to qualify for the jump-off in the grounds of Royal Hospital Chelsea.

Fredricson and his horse completed the course in 37.79sec, clearing all of the fences.

That gave them the win over Britain's John Whitaker, 66, aboard Unick du Francport, buy 0.14sec.

Fredricson now has 189 points for the season and leads the GCT standings, 10 points ahead of Australia's Edwina Tops-Alexander.

The Swede was competing in London little more than a week after winning team jumping gold and individual jumping silver at Tokyo 2020.

The Shanghai Swans - made up of German riders Christian Ahlmann and Max Kühner - won the Global Champions League event at the same venue, and are now 15 points behind the table-topping Valkenswaard United.