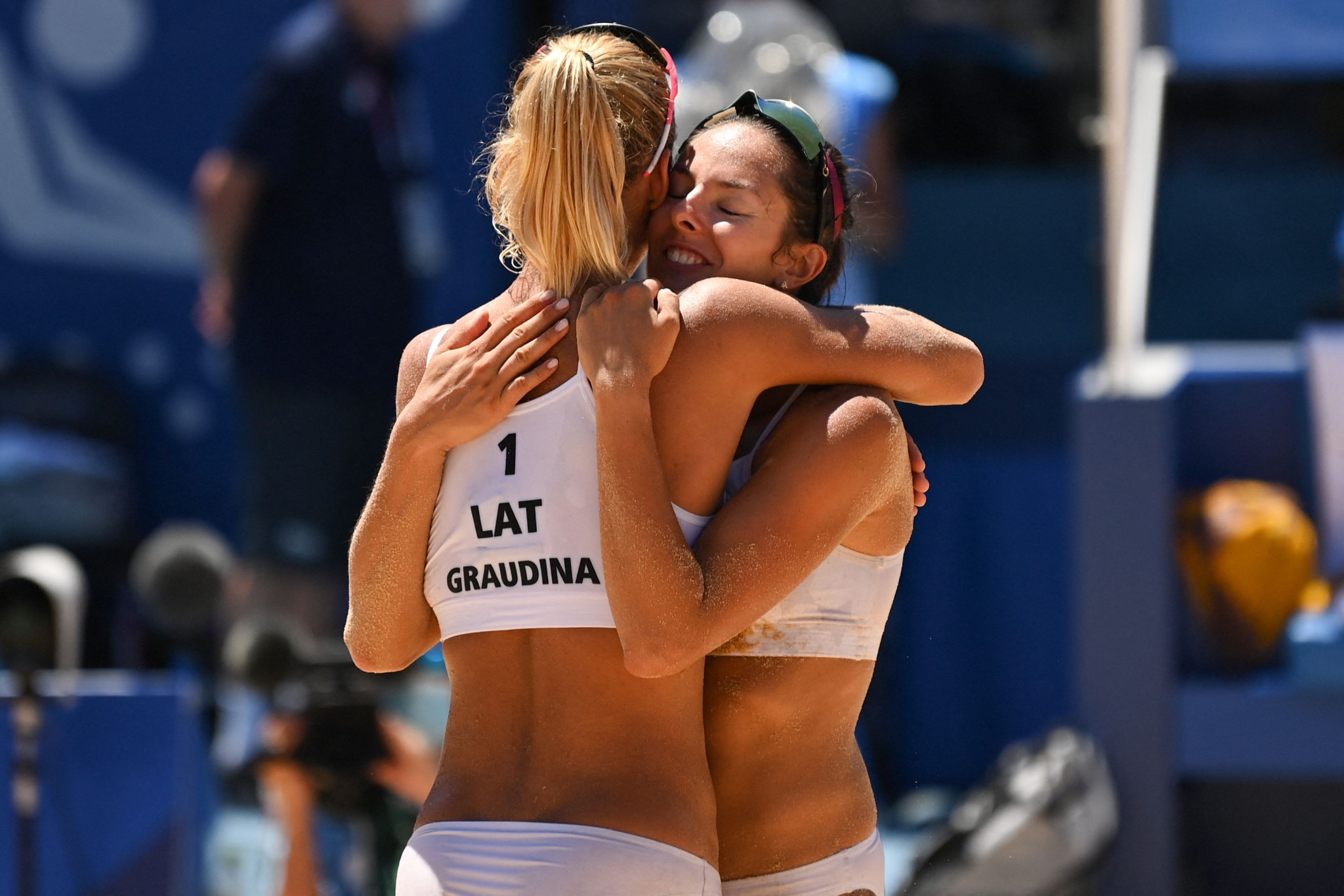 Latvian duo Tīna Graudiņa and Anastasija Kravčenoka - champions in 2019 - are through to the semi-finals of this year's EuroBeachVolley tournament in Vienna.

The fourth-place finishers at Tokyo 2020 beat Czech pair Barbora Hermannová and Marie-Sára Štochlová in the last 16 today, and followed it up with quarter-final win against Chantal Laboureur and Cinja Tillmann.

Tillmann was one half of the German pair who came second at last year's European Beach Volleyball Championships in Latvia.

Switzerland’s Nina Betschart and Tanja Hüberli are also through to the semi-finals, via a straight-sets victory over Dutch players Sanne Keizer and Madelein Meppelink in a rematch of the 2018 final.

The Dutch were victorious two years ago, but not today.

In the men's event, Norway's Christian Sørum and Anders Mol remain on course for a fourth consecutive European title after reaching the last eight.

The Olympic champions will play Russia's Ilya Leshukov and Konstantin Semenov next in a rematch of the 2019 final.