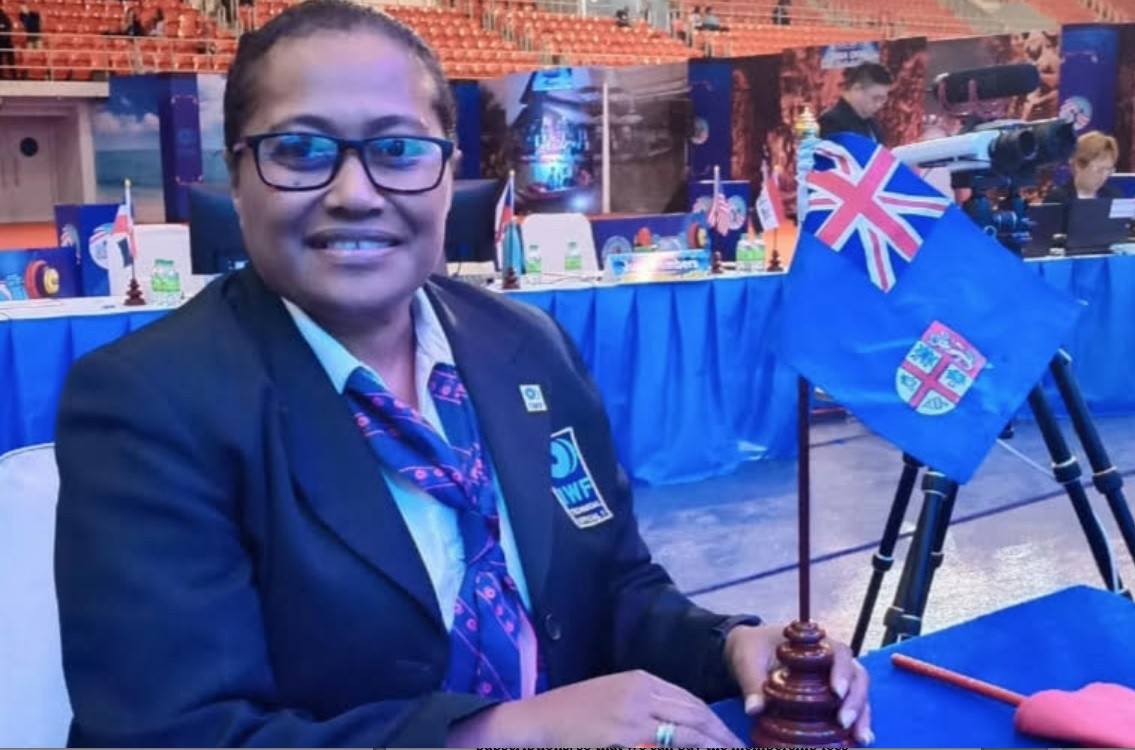 The catastrophic cost of weightlifting losing its Olympic status is laid out in a letter to the International Weightlifting Federation (IWF) and all its members.

It says that if weightlifting was dropped from the Olympic Games doping would take off unchecked, income would nosedive at global, continental and national level, and weightlifting would die in smaller nations.

There would be "a major potential risk" of weightlifting losing its place at the Pan American Games, Pacific Games, Commonwealth Games and other multi-national events.

"The dreams and aspirations of our athletes, the very athletes we are responsible for, will be forever destroyed," say the letter’s authors Della Shaw-Elder and Atma Maharaj, respectively President and life member of Weightlifting Fiji.

Weightlifting Fiji, which has the highest female leadership representation in the sport, has been among the most vociferous supporters of reform at the IWF.

Without reform weightlifting is doomed, as the International Olympic Committee (IOC) has made clear in its repeated criticisms of the IWF's poor governance.

Thomas Bach, the IOC President, said last week: "We need to see a new culture in this sport."

On Sunday (August 8) the IOC cleared the way, by changing the Olympic Charter, for the IOC Board to suspend weightlifting from the programme for Paris 2024.

That could happen in September or October unless the IWF’s members adopt a new Constitution set up to benefit the sport rather than favour, at least in part, the individuals who currently govern it.

Shaw-Elder and Maharaj looked through IWF accounts and estimated that 47 per cent of the governing body’s income came directly from the IOC as a share of Olympic television revenue and sponsorship programmes.

This would be lost during suspension or banishment, but the real cost would be far higher, they said, because of loss of marketability and sponsor income caused by damage to the brand of weightlifting.

Recent spending figures were not available and the amount in reserve may have shrunk.

It was a very healthy $20 million (£14.4 million/€17 million) in 2018 but huge sums have been spent since then on attendance fees and expenses for an endless series of Board meetings, the McLaren Report, and increased anti-doping costs under a new agreement with the International Testing Agency (ITA).

Another large outlay this year will be on Congresses, of which there will be at least three.

The Fijians said continental federations could lose support payments up to $250,000 (£180,000/€213 million) a year, funding for development programmes would dry up, and Olympic Solidarity payments which support athletes in several of the world’s less wealthy nations would no longer be available.

Some federations rely on IOC funding and Olympic Solidarity for "20 per cent to 80 per cent of member federation activity” on competitions, equipment, coach education and development.

"Once the sport ceases to be an Olympic sport, its importance to Governments and domestic stakeholders will be severely affected."

Reduced funding would have a direct impact on elite athlete support, development, travel to competitions and other areas.

On anti-doping, the Fijians said weightlifting stood to lose valuable support from the World Anti-Doping Agency (WADA) and the ITA if it lost its Olympic status because it would “no longer be a priority sport”.

Doping would then "re-permeate the sport - without the stringent oversight of the multiple integrity and probity institutions. All the recent changes and gains will be forever lost."

The Fijians said that hardship would be felt most keenly in smaller nations, especially in the Pacific region where "the cost to even leave the island is huge."

They said: "The sport will eventually die in most of these smaller nations around the world.

"And yet weightlifting is probably the most likely sport in which the smaller nations can excel and win medals at the Olympic Games, Commonwealth Games, Continental Games and World Championships."

The next landmark moment in the sport will come at the Constitutional Congress scheduled for Doha, Qatar from August 28 to 31.

If the new Constitution meets with IOC approval the sport can survive, but if it does not suspension is inevitable.

"The current leadership of IWF, IWF Executive Board and member federations of IWF have the option of saving the sport as an Olympic sport and mitigate all the risks mentioned above, and continue to provide a pathway for our athletes,” said Shaw-Elder and Maharaj.

"This means that we must not dilute the provisions of the Constitution as proposed by the independent advisors and endorsed by the Association of Summer Olympic International Federations and IOC.

"The interests of the sport must always be above that of any individual interests."

If the IOC suspends weightlifting "the current leadership of IWF and member federations will be forever held responsible for the downfall of the sport and accountable to weightlifters throughout the world."

Asked for comment, the IWF Interim President Mike Irani did not respond.

The full letter can be accessed here