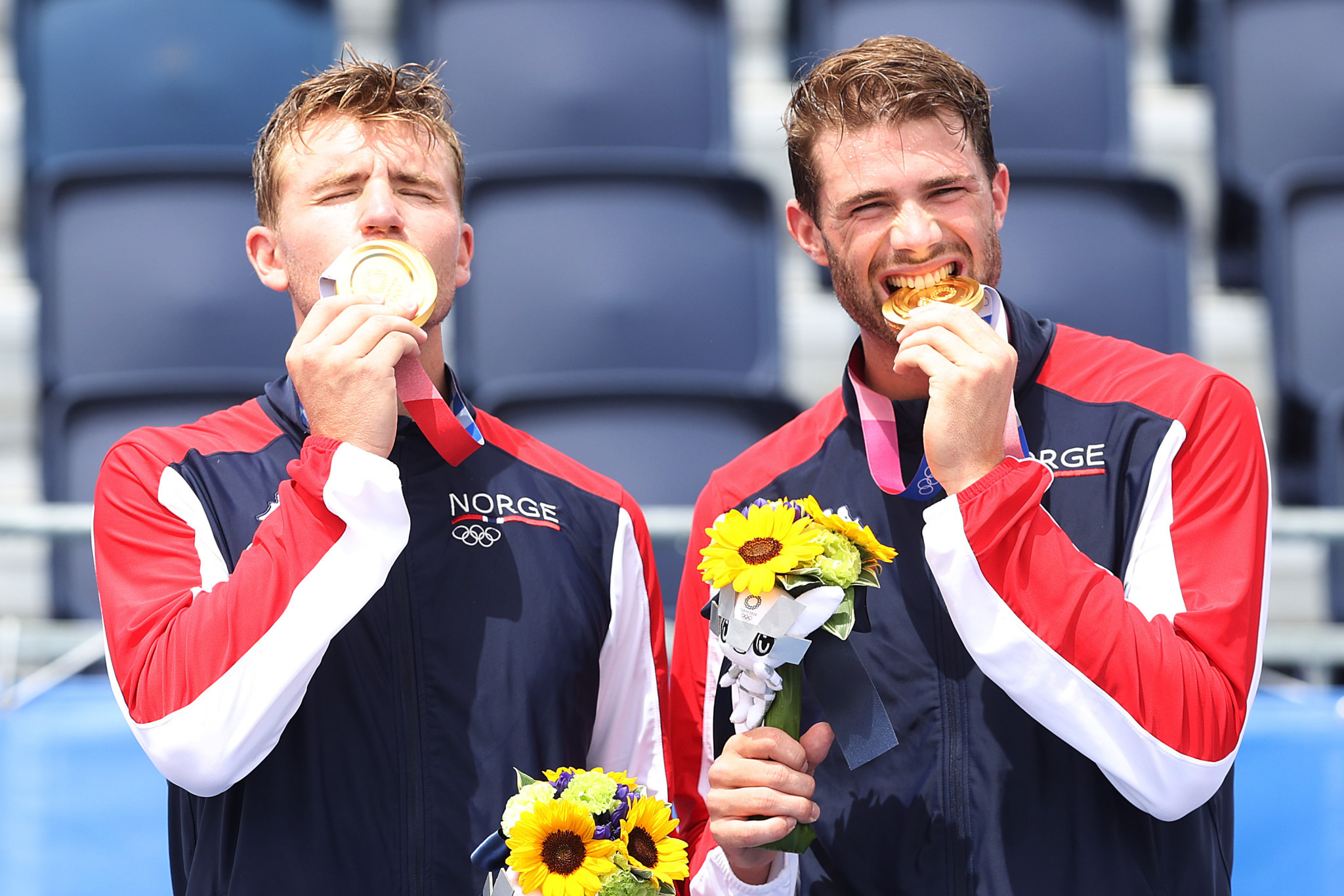 Coming off their Olympic triumph, Norway pair Christian Sørum and Anders Mol will seek to defend their continental title at the EuroBeachVolley tournament 15 in Vienna in Austria, which begins tomorrow and is set to conclude on Sunday (August 15).

Norway were the top seed entering the Olympics and will be favourites to continue its success at this year's edition of the European Volleyball Confederation's flagship beach event.

Sørum and Mol have been placed in Group A alongside French pair Quincy Aye and Arnaud Gauthier-Rat, Adrian Heidrich and Mirco Gerson of Switzerland, and Austria's Robin Seidl and Philipp Waller.

Another team tipped to content will be Viacheslav Krasilnikov and Oleg Stoyanovskiy of Russia.

The duo are the 2019 world champions and lost to Sørum and Mol in the Olympic final last Saturday (August 7).

They also lost to Norway in last year's EuroBeachVolley competition and are ranked second in the International Volleyball Federation (FIVB) world rankings.

The Latvian duo lost in the Olympic bronze-medal match to Qatar and will be another team eager to reach the final stages.

Also in Group B is the world number four pair Ondřej Perušič and David Schweiner from the Czech Republic.

The men's competition gets underway on Thursday (August 12).

The women's competition gets underway the day before, with Anouk Vergé-Dépré of Switzerland looking to build upon her bronze medal from Tokyo 2020, this time competing alongside Esmée Böbner.

She will partner Ksenia Dabizha.

The highest-ranked pair in the competition are Switzerland's Nina Betschart and Tanja Hüberli, with Anastasija Kravčenoka and Tīna Graudiņa of Latvia the only other pair to total more than 2,000 combined ranking points.