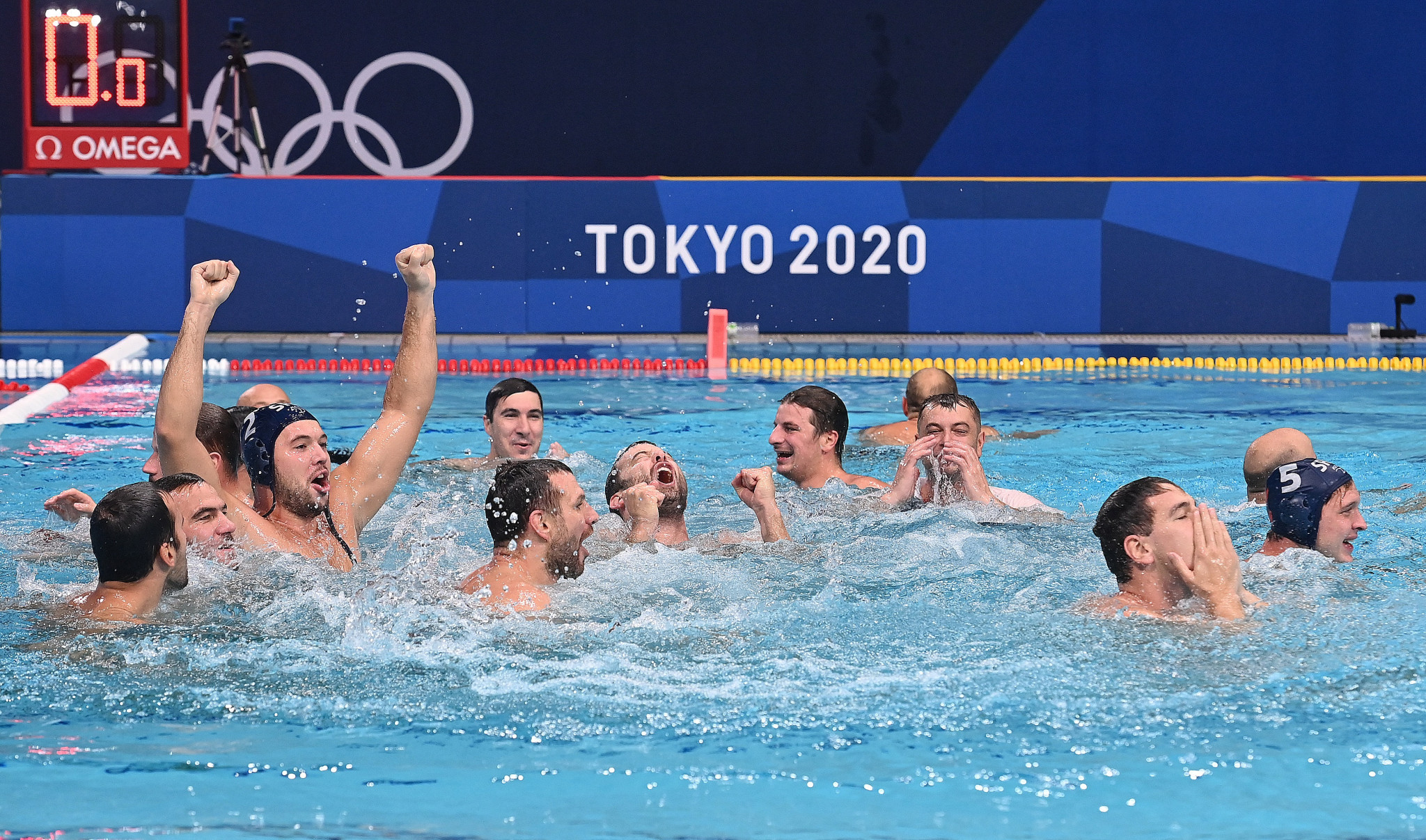 Serbia defended their Olympic men's water polo title after coming through a fantastic final with a battling Greece at the Tokyo 2020 Olympics.

The Rio 2016 winners eventually recorded a 13-10 victory against an obdurate Greek team who regularly battled back when it appeared the game might get away from them.

The Serbians opened up a three-goal lead on three different occasions, only to be pegged back by the unfancied Greeks, who were playing in their first Olympic final.

It was only in the final quarter, when Serbia pulled away again, that the gold medal was made safe.

Ten Serbian players from the Rio squad won a second title, including captain Filip Filipovic, who is bowing out after a fourth Olympic appearance.

"We came here to do some great things," he said.

"It was very hard, but the experience and the spirit of the team teaches that if we believe until the last second, the last defence, we can make it, and we did it again.

"I couldn't imagine the end of my national team career in a better way like this."

Six other Serbian players are retiring so it will be a new look side that bids to defend the title at Paris 2024.

"This was for most of us the last dance," Filipovic added.

"The important thing is that we believe from the very beginning.

"We believe even when we lost those two games (in the group).

"We believe that we are here not to just take a participation."

Greece won their first Olympic medal of any colour.

Greek player Konstantinos Genidounias said: "It's not exactly the feelings I wanted to have, it's bittersweet.

"If you had asked all of us, or the entire water polo world at the start of the tournament, if we would play in this game, I don't know if everybody would say yes.

"But we believed in ourselves from the beginning of the tournament and we're happy we made it to the finals."