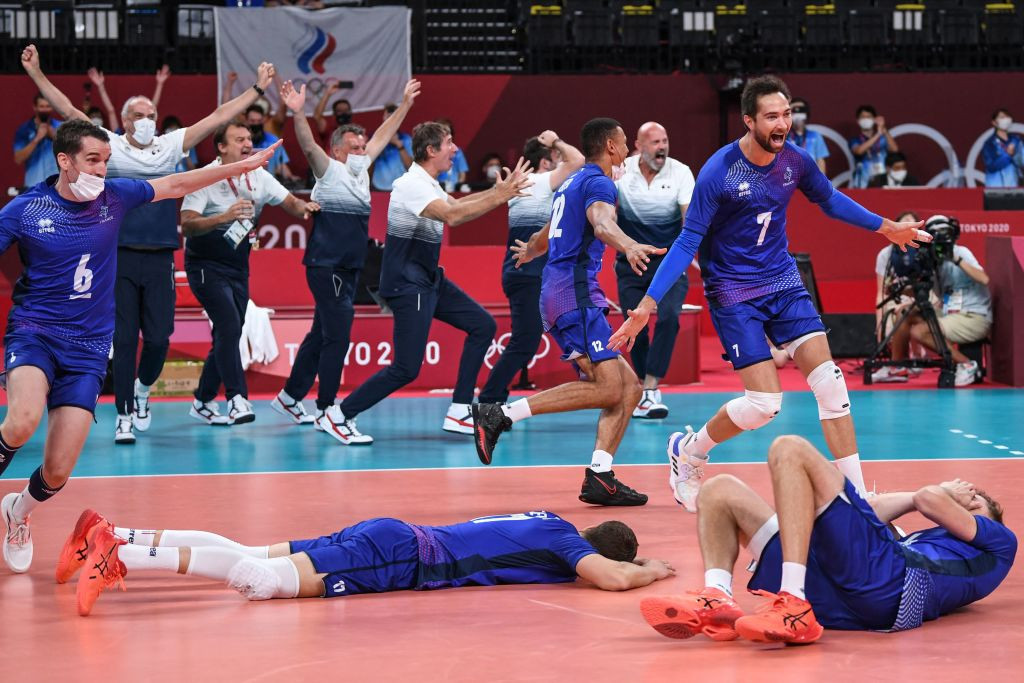 France secured their first Olympic volleyball title as they survived a stirring fightback from the Russian Olympic Committee (ROC) in a thrilling five-set victory on a golden night for the country at Tokyo 2020.

The French men's team, who had never won an Olympic medal in volleyball, recorded a battling 25-23, 25-17, 21-25, 21-15, 15-12 triumph less than two hours after their men's handball side dethroned defending champions Denmark to take gold.

France, who earned their place at Tokyo 2020 in the final European qualifier in January, had raced into a two-set lead and looked to be heading for a comfortable victory before the ROC fought back valiantly to force a decider at Ariake Arena.

After falling 3-0 behind early on, the ROC dragged themselves back into the contest but France pulled away towards the end of the fifth to cap off a superb day in what has been a disappointing Games for the nation which is due to host the next Olympics in three years' time.

Frenchman Earvin N'Gapeth, who plays his club volleyball in Russia, was the game's top scorer as he racked up 26 points.

France are ranked fourth in the world and were expected to challenge for a podium place at the Games here.

But few in France would have thought the medal would be gold given their record at major events.

While they are two-time winners of the International Volleyball Federation World League, Tokyo 2020 is only the fifth Olympics where France has qualified a team for the men's tournament.

"Who would have predicted a final between Russia and France?" said France's Benjamin Toniutti.

"We had three teams that were obvious favourites. Poland, Brazil and United States.

"Now, we shouldn't change our state of mind when we enter a new competition.

"We are going to enjoy this one tonight and will celebrate this historic victory together because we have been under pressure for a very long time."