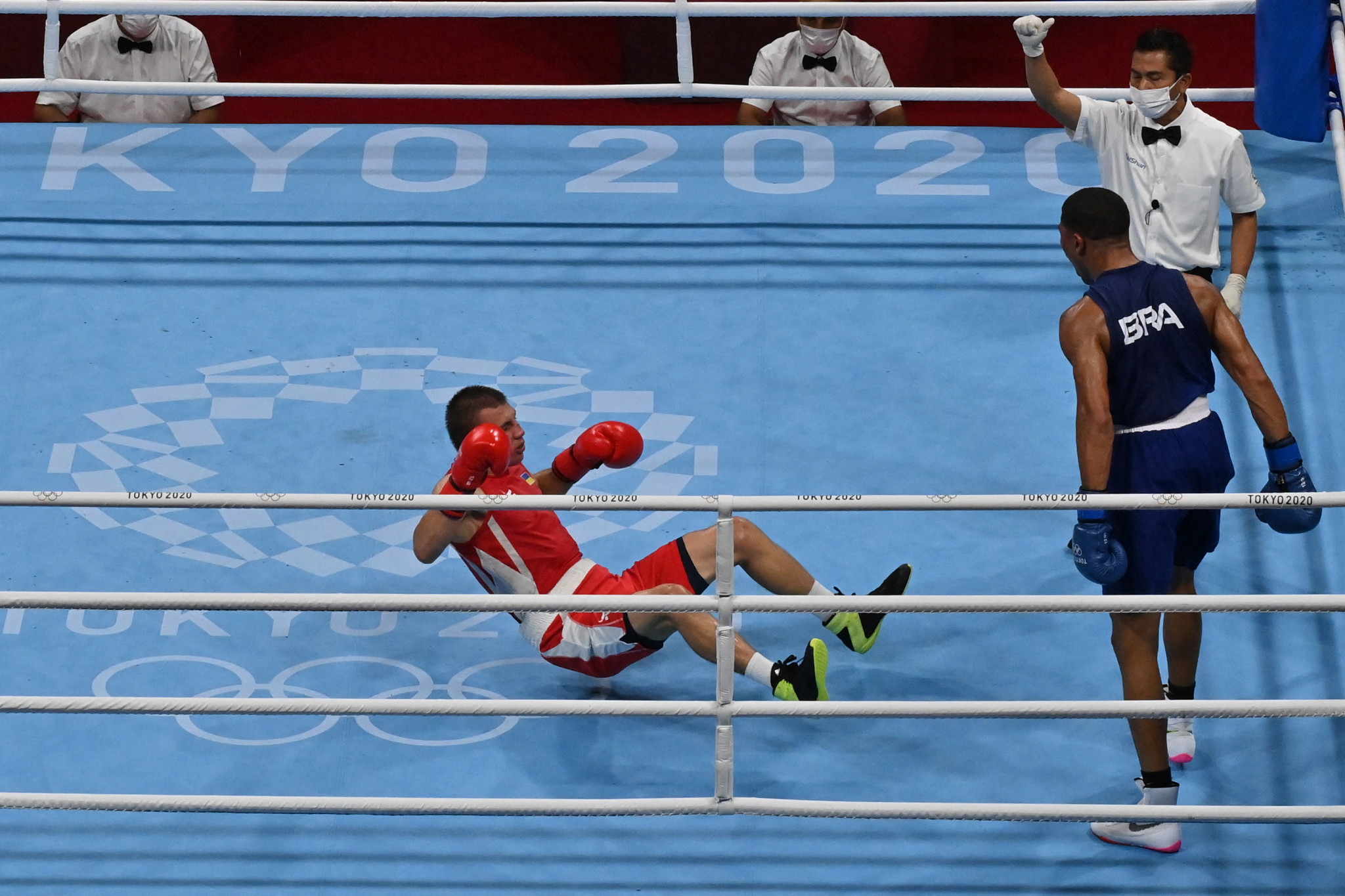 The Brazilian boxer was the underdog heading into the 75 kilogram division final at the Kokugikan Arena, with 2017 world champion Khyziniak the top seed.

Khyziniak was viewed by the judges to be leading the contest, after they scored the first two rounds in the 26-year-old’s favour.

Victory was snatched away in the third round as Sousa suddenly delivered a powerful punch to knock his opponent to the canvas.

Khyziniak regained his footing and sought to continue the bout, but the referee ruled Sousa to have triumphed via knock-out.

"I got lucky, I connected," Sousa admitted afterwards.

Meanwhile, in the men's lightweight final, Galal Yafai proved too strong for Carlo Paalam of the Philippines.

The British boxer produced a powerful start to the 52kg bout, with Paalam receiving a standing count in the first round after being knocked down.

Paalam survived the course of the contest but found himself on the end of a 4-1 decision in favour of Yafai.

The Briton described himself as being "over the moon" after being crowned Olympic champion.

Stoyka Krasteva produced an accomplished performance to triumph in the women’s flyweight final.

The judges deemed the Bulgarian, who came out of retirement to compete at the Games, to have won each of the three rounds against top seed Buse Naz Cakiroglu of Turkey.

Four judges scored the contest 30-27 in Krasteva’s favour, with the other giving her the victory by a 29-28 margin.

In a tight contest, the judges found the opening round in favour of China’s Gu Hong, before Surmeneli won the second.

A close final round left the judges split, as three judges ruled Surmeneli as the winner and two viewed the contest as even.