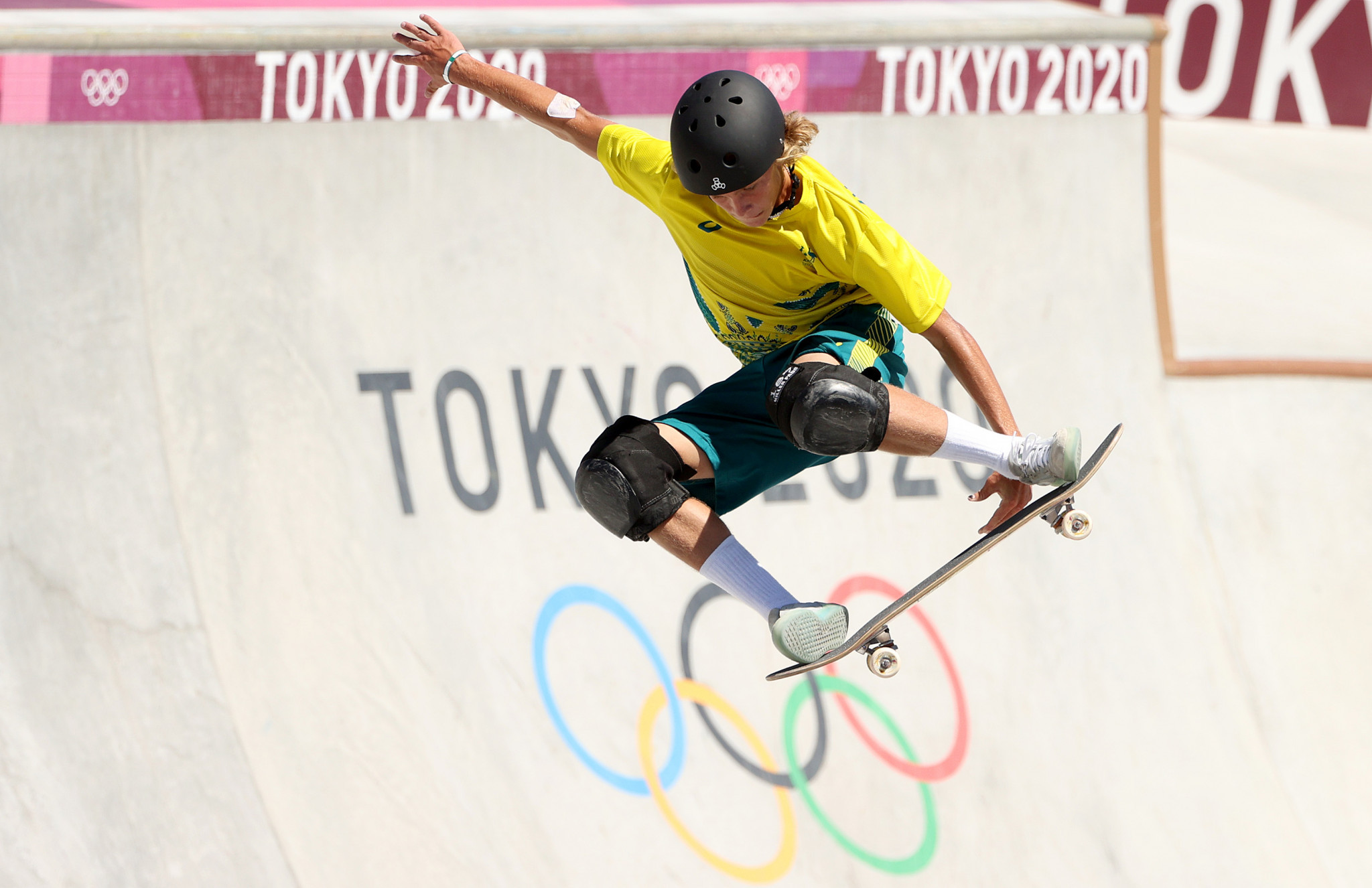 The 18-year-old laid down the best run of 95.83 to triumph in sweltering conditions here.

His victory ends the monopoly on skateboarding enjoyed at Tokyo 2020 by hosts Japan - who won all three of the previous gold medals on offer.

Silver went to Pedro Barros of Brazil on 86.14 and bronze to Cory Juneau of the United States on 84.13.

Born in San Diego and raised on the Queensland Gold Coast, Palmer was open-mouthed after seizing the lead in the first round with a barnstorming run to score 94.04.

His style is described as "goofy" which means that he skates with his right foot at the front of the board and pushes with his left foot.

After a fall in the second round, he improved his score to the winning 95.83 with a stunning routine in the last round.

He threw his board to the ground in delight as his Australian team-mates celebrated while sheltering under green and gold umbrellas in the intense heat.

He was the fourth to skate and faced an anxious wait as four other rivals took to the course and fell by the wayside one by one.

Luiz Francisco, the last to go, had delivered three quality runs, but when his marks came through they were only good enough for fourth.

American world number one Heimana Reynolds, the pre-competition favourite, did not qualify for the final.

"It was a lot of hard work and it paid off today," Palmer said.

"I'm so grateful to be able to bring it back to Australia. It means the world to me because that's where it all started.

"And I'm so grateful to be able to do this with everybody like this and I'd never would have expected it, and it's a huge honour.

"I cannot believe that I am sitting here with a gold medal around my neck."

Silver medallist Barros said: "I knew how he was skating today and how he was on the board.

"He just put skateboarding to a new level. Keegan’s a legend and a true skateboarder.

"We were seen as kids by people a couple of years ago. Now we are making history.

"Skateboarding is a lifestyle it goes way beyond just a sport.

"It is beautiful we are able to be here in the greatest sporting event in the world."

Bronze medallist Juneau added: "All the stress or butterflies were gone after I made it to the final.

"I just put everything I had on the table and it all came together, all I imagined."