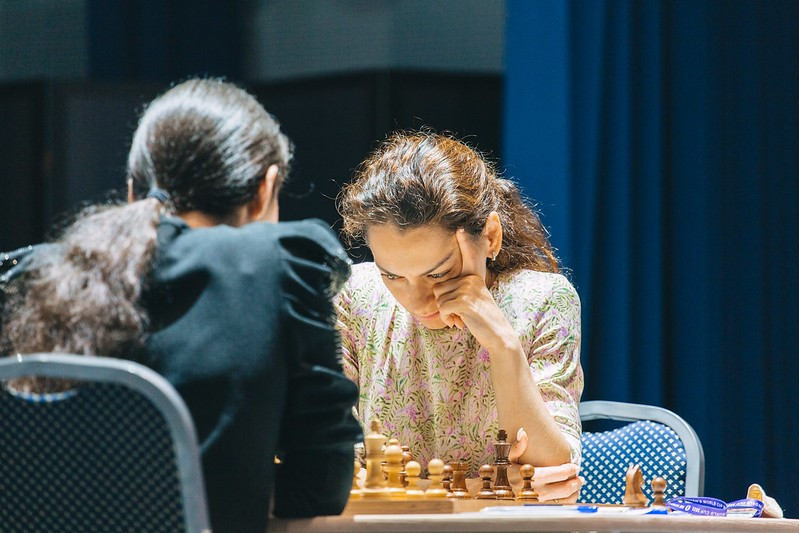 The three-time world champion may be a decade past what appeared her best form, but Kosteniuk has put herself in prime position to become the inaugural Women's World Cup champion.

Kosteniuk looked in control, but a few errors allowed the world number two Goryachkina back into the game.

However, Goryachkina made a mistake late on, costing her the draw.

It means Kosteniuk just need to avoid defeat in the next game to win the World Cup.

Fourth seed Anna Muzychuk of Ukraine and Chinese seventh seed Tan Zhongyi tied in their first game in the match for third place.

Alexandra Kosteniuk wins the first game of the final against Aleksandra Goryachkina with Black, putting the world's #2 female player in a must-win situation tomorrow. #FIDEWorldCup pic.twitter.com/3wb4HZaupA

In the open Chess World Cup, also being held in Sochi, world champion Magnus Carlsen of Norway was held to a draw in his first game against Polish 12th seed Jan-Krzysztof Duda.

Duda held firm for a draw despite Carlsen pushing for a win in the rook ending, but the stalemate was agreed after move 30.

Vladimir Fedoseev, the 30th seed, and 10th seed Sergey Karjakin tied as well in the second all-Russian game of the day after move 69.