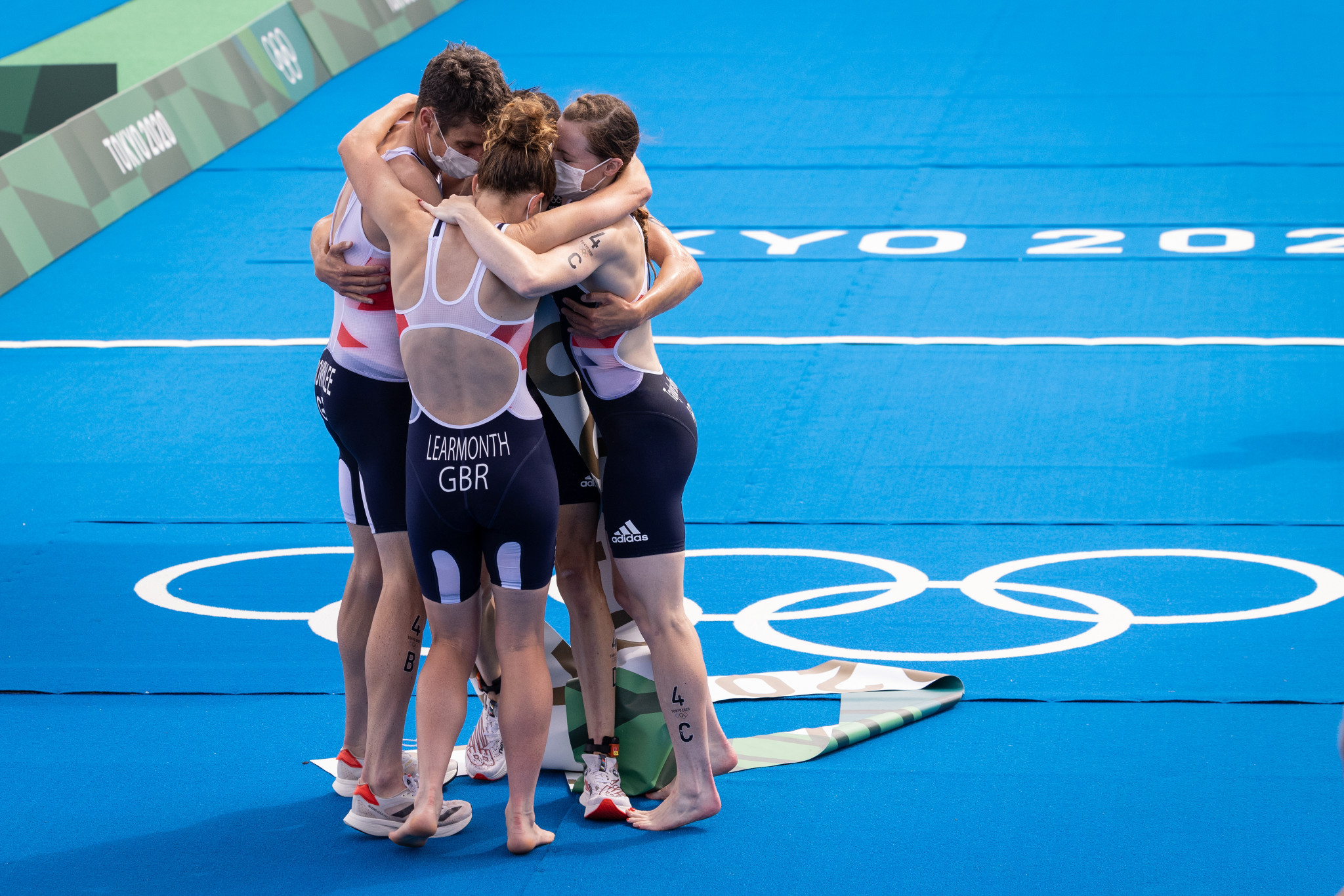 Yee and Taylor-Brown both added gold to the individual silvers they have already won at Tokyo 2020, after the race started at 7.30am in a bid to avoid the worst of the heat.

"I wanted to race the best I could for the team but the best way to do that was to put away the silver," Yee said as he came home 14 seconds clear.

"It is very special to do it with these guys.

"Jonny [Brownlee] is probably one of the reasons I got into the sport."

Learmonth gave the team a flying start before handing off to Brownlee, who has won gold after individual silvers behind his brother Alistair at London 2012 and Rio 2016.

Taylor-Brown maintained the momentum and then the team watched nervously as the final leg unfolded with Yee.

"It is the best position to be in but also the worst, because all you can do is lose it," he said.

"I've seen many athletes fall apart but he didn't so it was absolutely amazing.

Learmonth added: "I felt really confident having Alex Yee on the last leg, looking like he was jogging.

"When we got to the run it was just whatever you have left," said Pearson.

"You're running for an Olympic medal, it is not really that hard to motivate yourself."

Luis had faced a deficit of more than 35 seconds at the start of the bike ride, but clawed back the time and was at one stage within touching distance of Yee before the Briton pulled away again on the run.

"Alex is someone I really appreciate so when the guy's in front of you by 35 seconds you have to empty the tank," Luis said.

"Today we did not fail by getting the bronze, we had a good redemption from our race so I am really proud of my team."

Fans were supposed to be banned from the roadside because of COVID-19 precautions - but many people still lined the streets to watch the action.